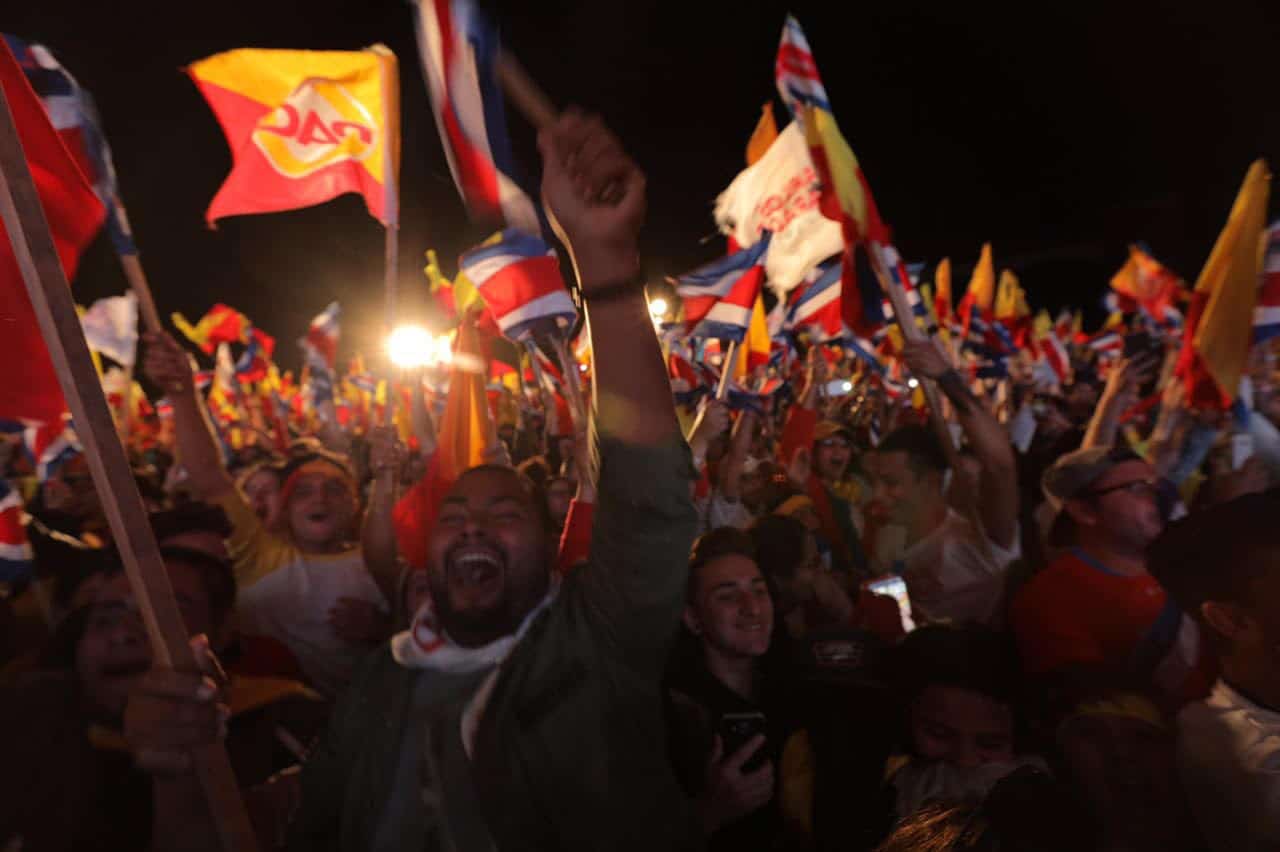 Supporters of Carlos Alvarado celebrate at the Plaza Roosevelt when the results are announced. (Roberto Webb Delgado @delgadowebb / The Tico Times)

With 90.6 percent of votes recorded at press time, Carlos Alvarado has won the presidency of Costa Rica with 60.7 percent of the vote, over 39.3 percent for Fabricio Alvarado.

The unexpected landslide marks a historic moment for Costa Rica, which has seen itself unusually divided in recent months over marriage equality, an issue on which the two candidates had opposing views and that took center stage following the Inter-American Human Rights Court’s ruling in early January that its member countries, including Costa Rica, must provide equal rights for same-sex couples.

Many of the latest polls showed the candidates in a statistical dead heat, with others showing Fabricio Alvarado with the lead.