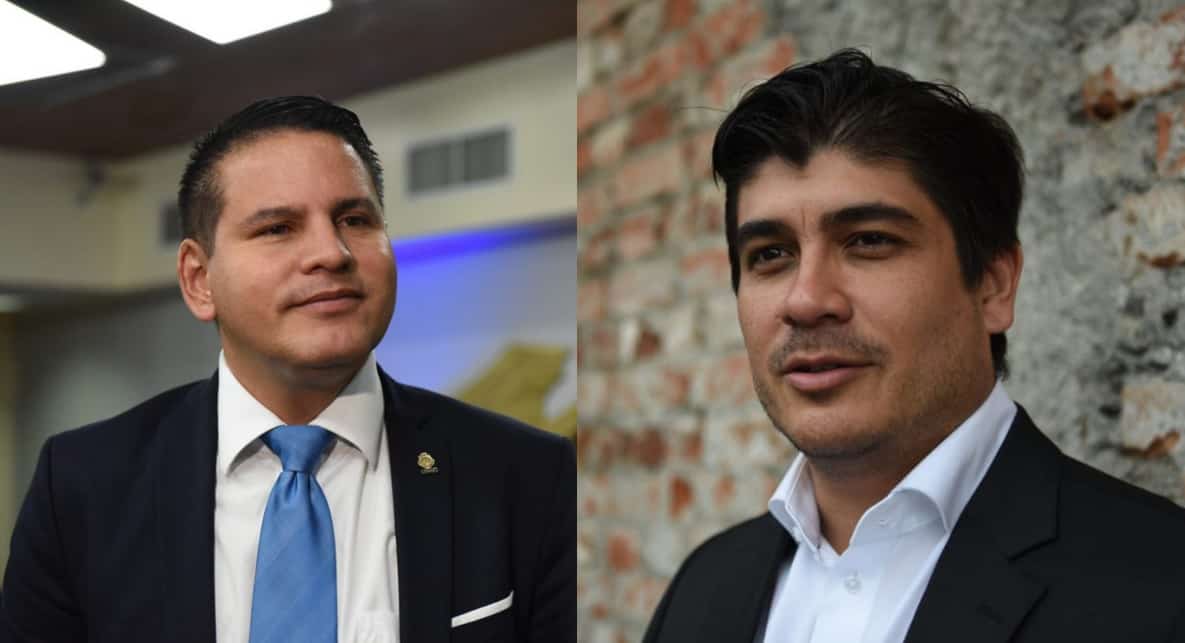 Costa Rica is about to get to know its two freshly minted presidential candidates on a first-name basis – both because of the increased scrutiny each candidate will face now that a 13-person field has been whittled down to two, and because both candidates have the same last name.

Carlos Alvarado, of the Citizen Action Party, who came in second in today’s vote, and first-place finisher Fabricio Alvarado, of the National Restoration Party, both addressed jubilant crowds as they kicked off the second phase of their campaigns: the weeks from now until Easter Sunday, when the two candidates will face off for the presidency.

Fabricio was sixth in the CIEP-UCR poll as recently as December, and surged to the lead following the Inter-American Human Rights Court’s ruling on gay marriage and his fierce opposition. Carlos was fifth in that same poll, and surged to second in the final days as those famously undecided voters made up their minds.

Take a look at their respective celebrations, and read more about how it all went down here.