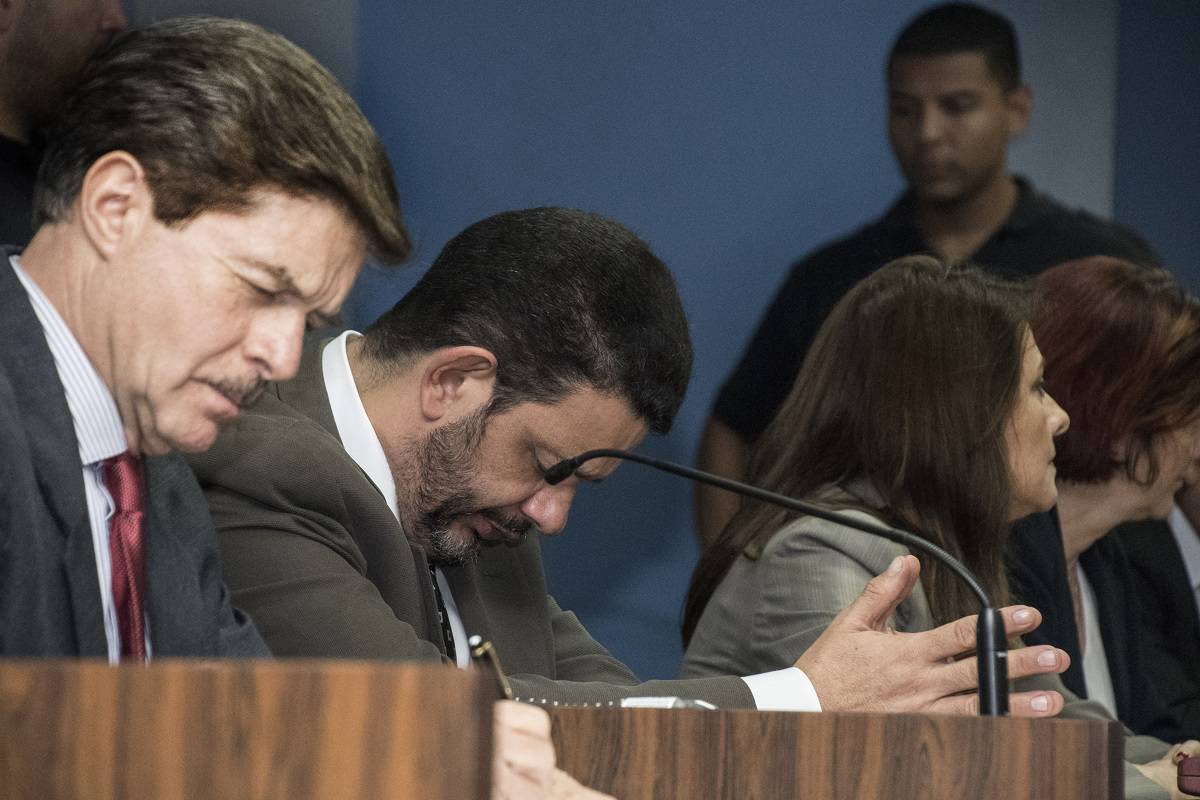 The lawyers of a Greek businessman and four Costa Rican doctors accused of participating in a human-organ trafficking network that bought kidneys from poor people for transplants for foreigners, mainly Israelis, attend the trial of the defendants in San Jose on Dec. 4, 2017. Costa Rican authorities dismantled the network in 2013 with the arrest of five suspects, after 14 kidney transplants were performed. (AFP Photo / Ezequiel Becerra)

A doctor and a pizzeria owner were sentenced by a Costa Rican court Monday for recruiting poor people to sell their kidneys for transplants to foreigners, mainly Israelis.

The Costa Rican doctor found guilty of conducting illegal transplants, Francisco Mora Palma, was sentenced to 12 years under the verdict reached by a panel of three judges in San José, the nation’s capital.

A Greek businessman, Dimostenes Katsigiannis, was sentenced to eight years for locating would-be organ donors and offering them between $3,000 and $6,000 for one of their kidneys.

Three other doctors charged with being part of a ring led by Mora Palma were acquitted for lack of evidence.

Mora Palma was the head of the nephrology unit that deals with kidney diseases at a public hospital in San Jose.

Police arrested the five suspects in 2013 after determining they had carried out 14 kidney transplants that mainly went to Israelis but also to European clients willing to pay as much as $100,000 each.