Road safety in Costa Rica: the law of the jungle must rule no more 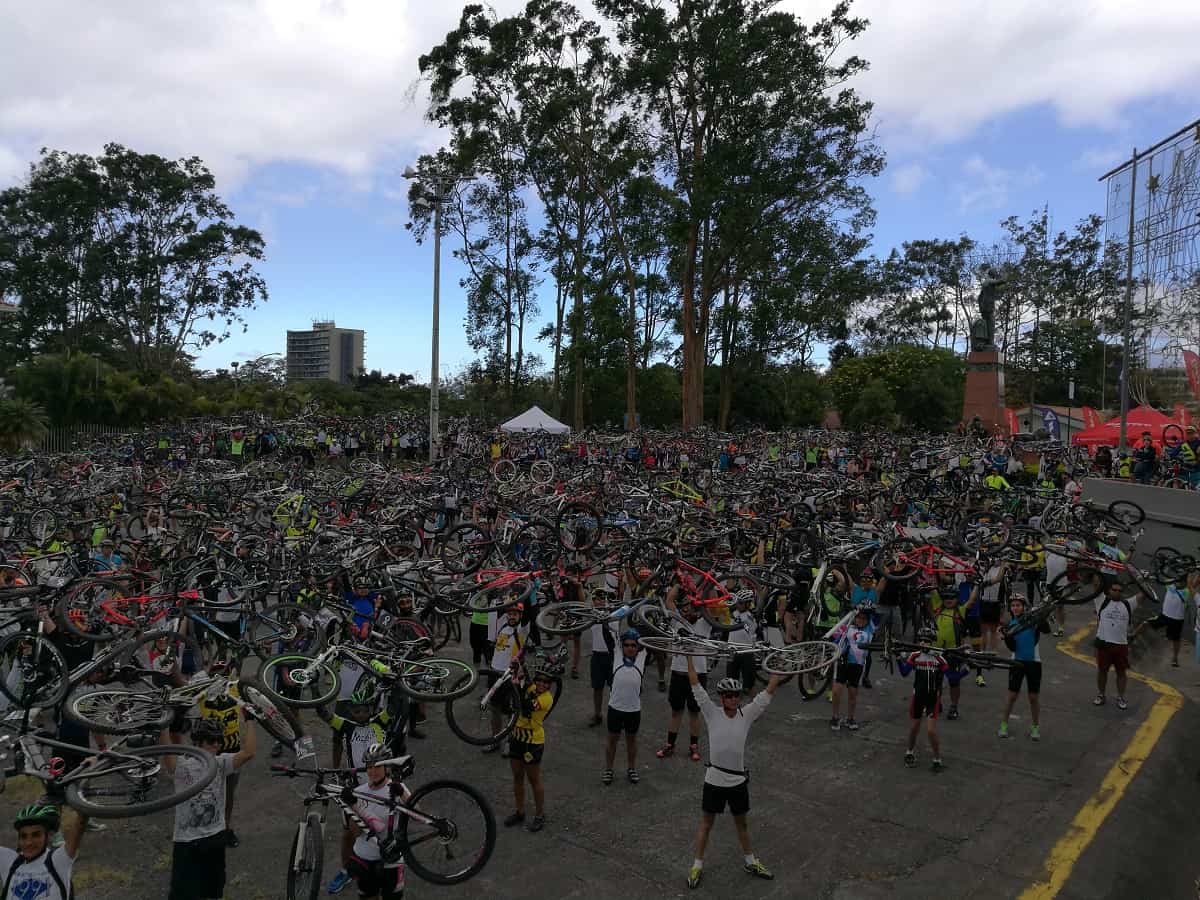 Last week's massive demonstration had a clear message: the dangers to pedestrians and cyclists on Costa Rica's streets must be resolved. ((Courtesy of Roberto Guzmán))

I like to go to work, run errands or simply enjoy the moment as I travel on foot, on my bike or on the bus. Unfortunately, the situation on our streets is more and more complicated each day – and not necessarily because of our traffic jams, but rather because of the lack of respect for life.

In the next few days my first child will be born, and I wish I could walk with her anywhere without being afraid of being run over. I’d love to take her on a bike ride without worrying about becoming just another statistic.

The lack of respect for human life is a serious problem we are experiencing on our streets. We forget that these are people traveling the streets with us, and think instead of objects: cars, buses, bikes, motorcycles. We forget these are people inside, or on, these different modes of transportation. If we think just about cyclists (or better said, people traveling by bike), so far in 2017, eight people have died after being hit by cars. Last week there was an event that had a strong impact on much of the population: a driver, apparently drunk, driving at reckless speeds, ran over four people, killing three of them and leaving a fourth seriously wounded. The news was spread quickly by journalists and social media, generating a wide range of reactions.

One of the reactions was the organization of a bike march in solidarity with the families of the victims, and to ask authorities for respect and concrete measures to stop the deaths of bike riders. In just a few hours a large number of people confirmed their support. In under two days a group of people got together to organize the event, and less than one week later, more than 7,000 people attended to demonstrate in a tribute to the victims, and to ask for respect on the roads.

The result was the biggest event in the history of urban cycling in this country, an image that traveled around the world, and a response from the President of the Republic, 24 hours after the event.

One of the outstanding moments of the day was the formation of the image of a huge bike with the word “respect,” all formed by people in attendance. The image was designed by Gerardo Rodríguez and Teo Mezger, members of the coordinating team, with the support of approximately 30 volunteers. Close to 1,500 people participated in the creation of the image, and the final result was truly surprising. Thousands of cyclists on Feb. 5 gathered at La Sabana Park, west of San José, and staged various demonstrations including this human mural demanding respect for them on the roads. (Mike O’Reilly, Aerial Shutter, Via ChepeCletas)

The demonstration departed from the statue of former President León Cortés and ended at the place where, on Jan. 29, the three bike riders had been killed. People came from all over the country to participate, including cyclist groups from various communities throughout the seven provinces, and family members of the victims. The effort was entirely collective: people united peacefully against the lack of respect on our roads, and in favor of a change.

Given the situation on our streets, we need new legislation to protect people who travel by bike. We need current legislation to be enforced. We need better roadway education, and certainly better civic education. Thse are just some of the issues that have been discussed vigorously in the days since the Feb. 5 march. It’s hard to read so many negative comments posted to the social media accounts of the news organizations that have been reporting on these events. The lack of respect is clear, both in the streets and on social media: a disregard for life itself, where the law of the jungle seems to rule, the law of the strongest, the law of the biggest vehicle.It’s time to give a human face to the people who travel on our roads and highways, no matter what kind of vehicle they’re in. It’s time to educate our population from the time they are small, stop educating with a car-centric model, and broaden our horizons to a human-centric model. At the same time, it is necessary to make changes in both legislation and its application, and in roadway infrastructure that takes humans into account.

Nevertheless, the biggest change of all must come from each one of us, from our behavior and attitude. When it comes to sharing our streets with others, we need a collective change.

Roberto Guzmán is the director of ChepeCletas.