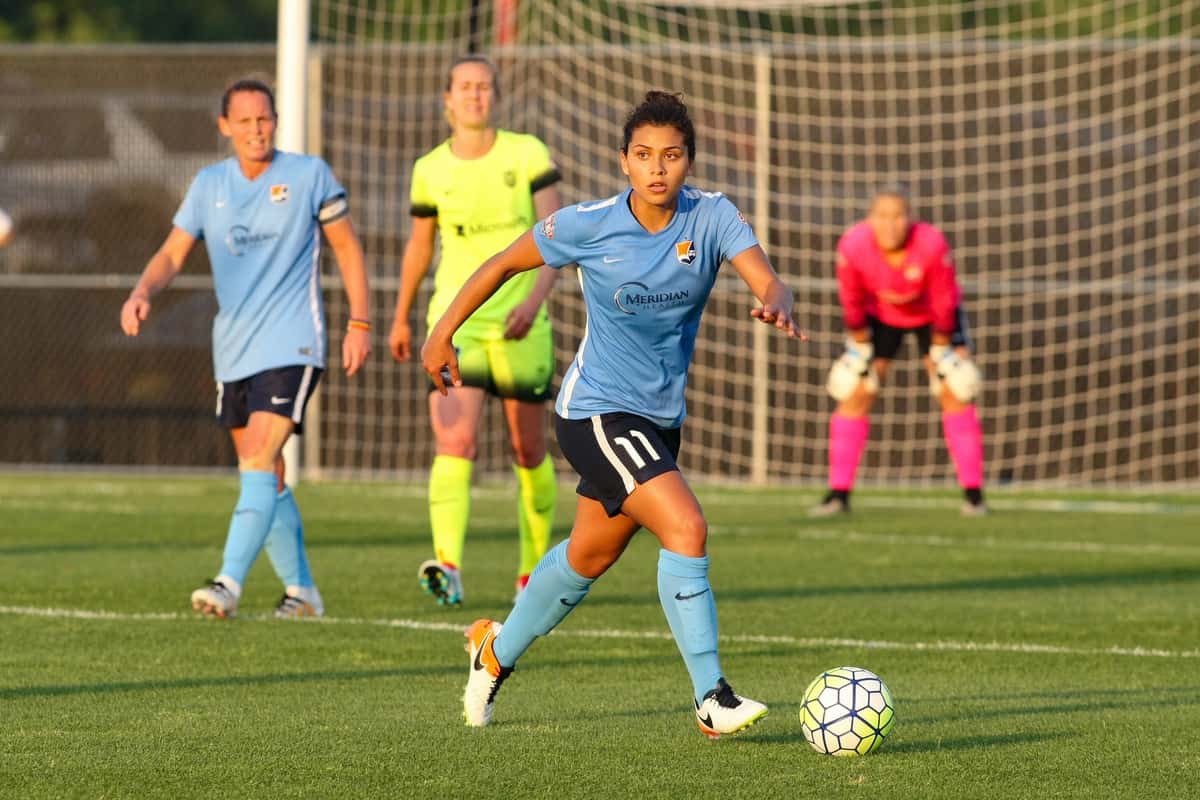 The midfielder who plays professionally for New Jersey’s Sky Blue FC of the National Women’s Soccer League (NWSL) received a pass outside the top corner of the penalty box and sent a long-range bullet into the top right corner of the net in Saturday’s match against the Washington Spirit.

The 8th minute score in Sky Blue’s 2-1 win marks Rodríguez’s first ever professional goal. She now has one goal and one assist in nine starts for her club during her rookie campaign.

Rodríguez’s goal was just the latest in a string of glory. In December, she scored the winning goal for Penn State in the NCAA National Championship game and was named the 2015 MAC Hermann Trophy winner as the best female college soccer player.

The 22-year-old midfielder from San José was selected second overall in this year’s NWSL draft. And on Thursday, Rodríguez was announced as a finalist for the ESPY Award for Best Female College Athlete of the Year.

Plus, earlier this week, the Costa Rican women’s national team reached its highest ever FIFA ranking by coming in at 29th in July’s world rankings. The young Rodríguez has been one of the most important keys to the recent success of “Las Ticas,” even scoring the team’s first ever World Cup goal last year.

Matarrita gets on the scoreboard, too

The 21-year-old Matarrita is one of the bright young stars for La Sele, as he has started in every meaningful game under coach Óscar Ramírez. In his first season in the MLS, Matarrita has impressed with New York FC and has been a regular in the club’s starting lineup. His goal sealed a 2-0 victory for the star-studded team in Saturday’s game against the Seattle Sounders.