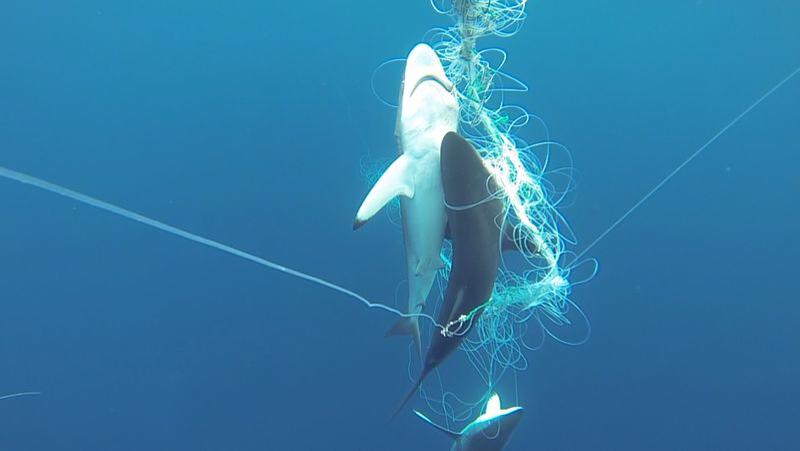 Sharks caught off the coast of Costa Rica. ((Courtesy of Geiner Golfin))

The Costa Rican government will not sacrifice fishermen for sharks, President Luis Guillermo Solís said last week in response to claims by environmental groups that he has rolled back shark protections. Solís’s comments come a week after he was nominated for the Shark Enemy of 2016 award by the conservation NGO Sharkproject International.

“The government has said again and again that we will not abandon our fishermen for environmental issues,” Solís told the press Wednesday. “We need to find an equilibrium, especially because our coastal communities struggle with creating employment opportunities.”

According to environmental groups, Solís’ name had been in consideration for the Shark Enemy award since February, after the government signed off on the export of two shipments of shark fins belonging to endangered species of sharks. The groups solidified their decision in September, after the government announced it would no longer propose or support the inclusion of commercially important shark species into international conventions.

Environmental groups called the decisions a sign of “persistent and perverse urgency to undo shark conservation efforts,.” But the Solís government says they plan to make decisions based on the best available scientific evidence.

“Right now there is uncertainty in much of the shark population data,” Antonio Porras, chief technical advisor for the Costa Rica Fisheries Institute, told The Tico Times. “In the long term we want to have better data to make more informed conservation decisions, but in the short term we have to consider the coastal population.”

The government also released a point by point blog response to the issues brought up by Sharkproject International. The post refutes the claims that the export of hammerhead fins violated the Convention on International Trade in Endangered Species of Wild Fauna and Flora (CITES).  The post also said Costa Rica will defer to the scientific recommendations of the Inter-American Tropical Tuna Commission to make decisions on whether or not to limit fishing certain species of sharks.

“We don’t feel like the measures we are taking justify this reaction,” Porras said. “We aren’t abandoning shark conservation, we are just looking for a balance between fishermen and conservation.”

Editor’s note: You can read an op-ed defending the “Shark Enemy” of the year nomination for President Luis Guillermo Solís here.