Keylor Navas named as candidate for Goalkeeper of the Year award

Watch: All the goals Costa Rica has scored this year

Keylor Navas among PSG players reported to have coronavirus 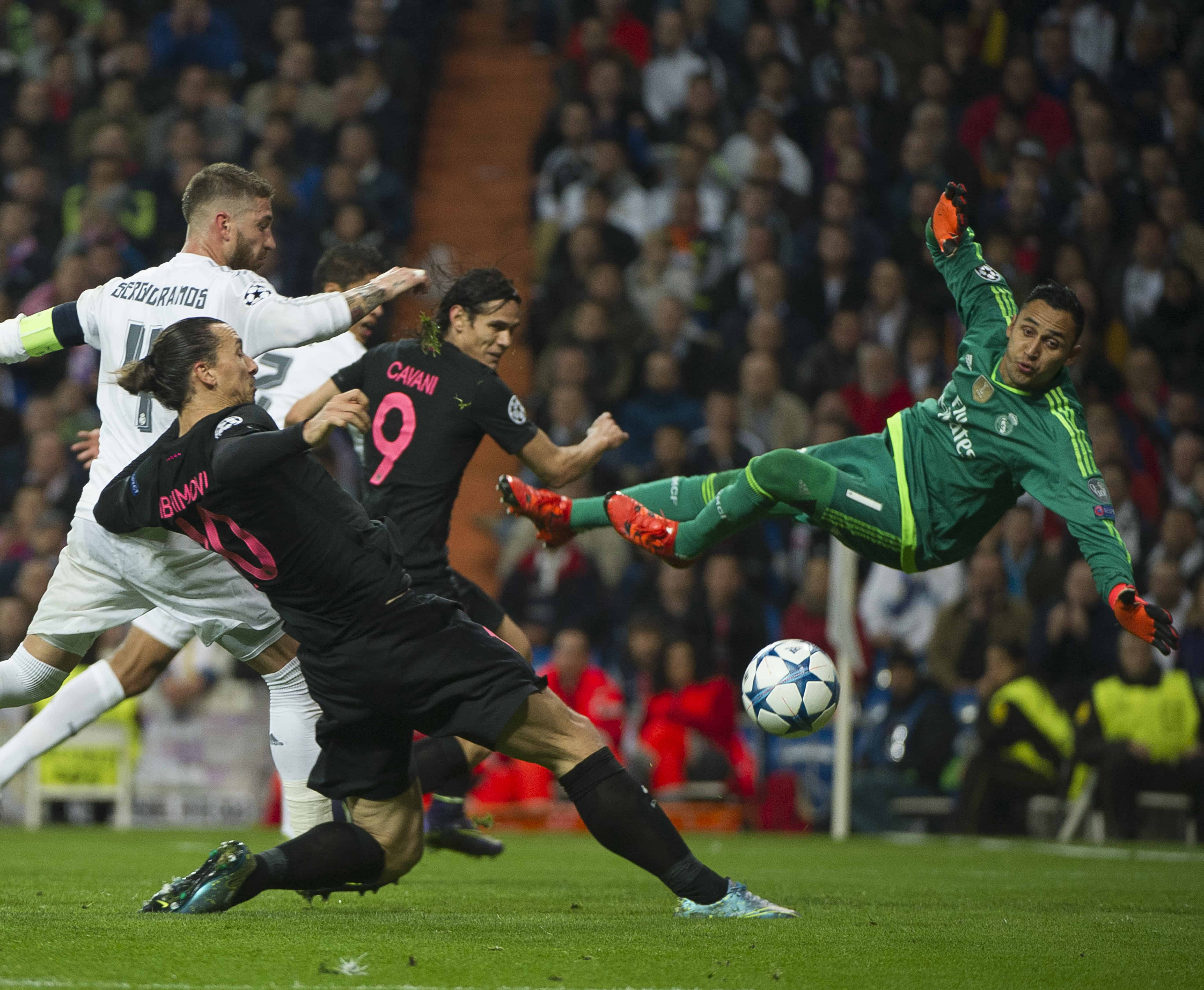 The long list of accolades attached to Keylor Navas’ name could soon fill up a telephone book.

Navas’ record-breaking season at Real Madrid has now given him a new record: the most consecutive minutes without allowing a goal for a debut in the Champions League. The Costa Rican keeper has kept a clean sheet in each of his first six Champions League games, two of them against Paris St. Germain, which boasts one of the very best collection of strikers in Europe.

In Real Madrid’s 1-0 win over the Parisians on Tuesday, the 28-year-old Navas shined again for his club, recording his 10th shutout in 13 games so far.

After a goal from Nacho put Madrid up early, Navas made this diving save in the 39th minute to keep Paris St. Germain scoreless:

In a game where Paris St. Germain controlled possession for the majority, Navas received some divine luck on a few of St. Germain’s chances. At the end of the first half, striker Edinson Cavani broke away from the Madrid defense and had a one-on-one opportunity against Navas. On what looked like a play that should have been a routine goal, the Uruguayan forward flicked the ball delicately over Navas, instead of trying to fire a shot into goal, and the ball ended up lagging just right of the post.

In the second period, former Real Madrid star Ángel Di María almost got the tying goal against his old club when his free kick hit the top-left part of the crossbar on a shot Navas couldn’t even contest. Once Madrid’s noted defender Marcelo left the match with an injury in the first period, a rapid fire of shots followed from Paris’ star-studded front line of Di María, Cavani, and Zlatan Ibrahimovic.

Tuesday marked the second game between the two clubs in as many weeks, making Navas’ record even more impressive, considering the competition. In the Champions League group stage match on Oct. 21, the two European powerhouses tied 0-0.

Earlier this season, Navas set a Real Madrid record when he tallied four straight shutouts to begin Spain’s La Liga play. He then broke the record for the most consecutive shutouts at Madrid’s home stadium of Santiago Bernabéu. Navas has now allowed just three goals in 1,170 minutes of play this season, boosting Real Madrid to the top of La Liga with its undefeated record of 7-3-0.

Navas and Real Madrid will put that undefeated record on the line against Sevilla on Sunday before they take on rival Barcelona in El Clasico on Nov. 21.