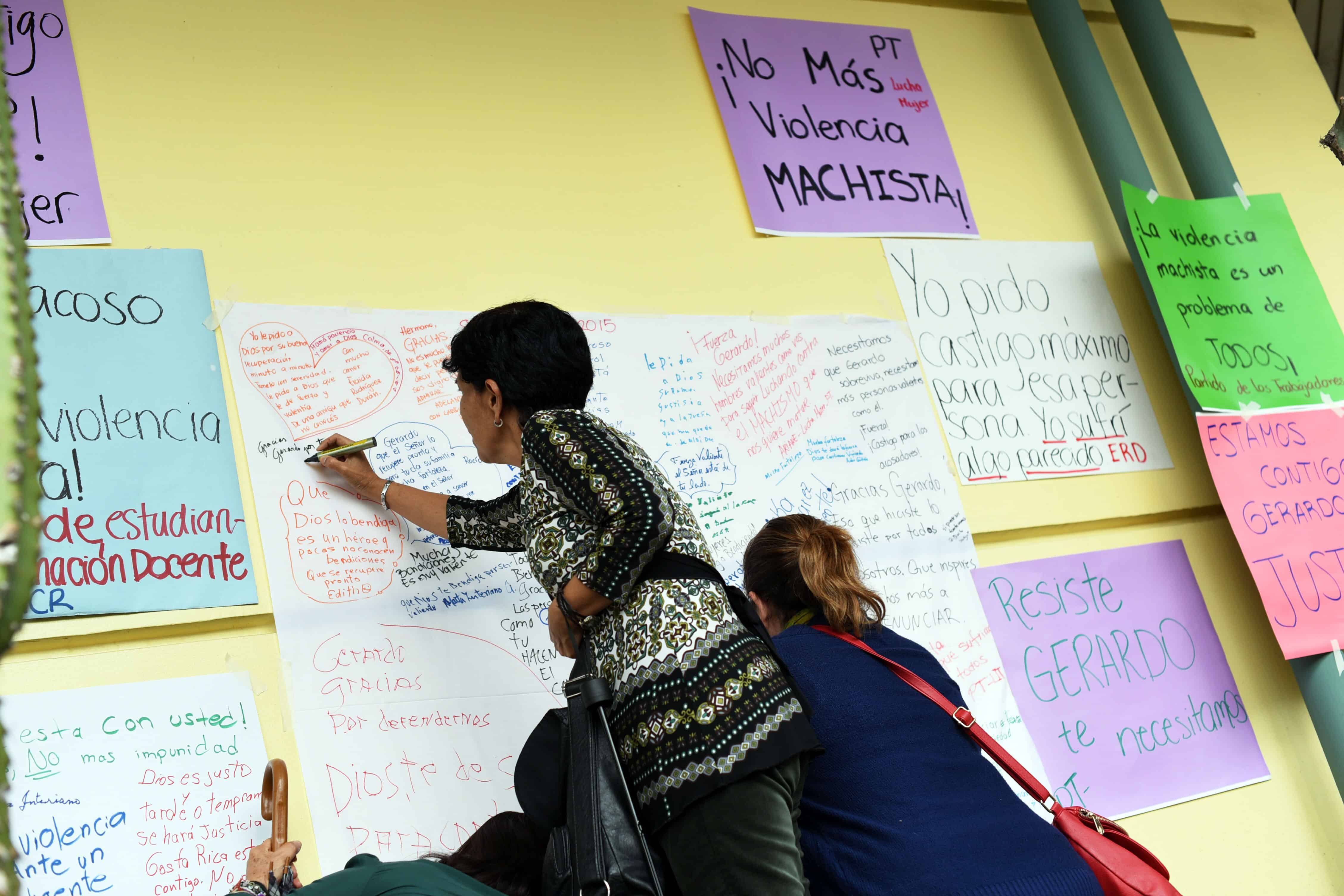 Pedestrians on Thursday, Oct. 8 write messages of support for Gerardo Cruz Barquero on a wall at Calderón Guardia Hospital, in downtown San José, where Cruz remains in critical condition after a stabbing. (Alberto Font/The Tico Times)

Gerardo Cruz, the 22-year-old Costa Rican man who stood up to a sex aggressor harassing a woman on the street, finally opened his eyes while lying in a hospital bed more than three weeks after he was stabbed by two men in San José, local media reported this week.

Cruz’s mother, Ana Patricia Barquero, told the daily La Nación on Wednesday that her son “opened his eyes and is very well.” The family is hopeful that he will continue to improve after being unresponsive for several weeks, she said.

It’s a great relief to know that he has opened his eyes, that he at least knows that someone’s there for him and sending him good energy from the people who have been thinking of his health.

Cruz, who has been convalescing in San José’s Calderón Guardia Hospital, had several surgeries following an attack by at least two men in the San Sebastián neighborhood of the capital on Oct. 7. The stabbing occurred just days after he posted a video on his Facebook page of a man secretly filming with his cellphone up the skirt of an unsuspecting young woman.

The video — and the stabbing — prompted a national dialogue about the harassment of women in public. Supporters of Cruz calling for a new law to criminalize catcalling and other sexual harassment marched in downtown San José on Oct. 18.

The news website CRHoy.com reported that although Cruz opened his eyes, he has yet to move another part of his body, according to his aunt, Kattia Cordero. Results from the latest medical tests are expected on Friday.