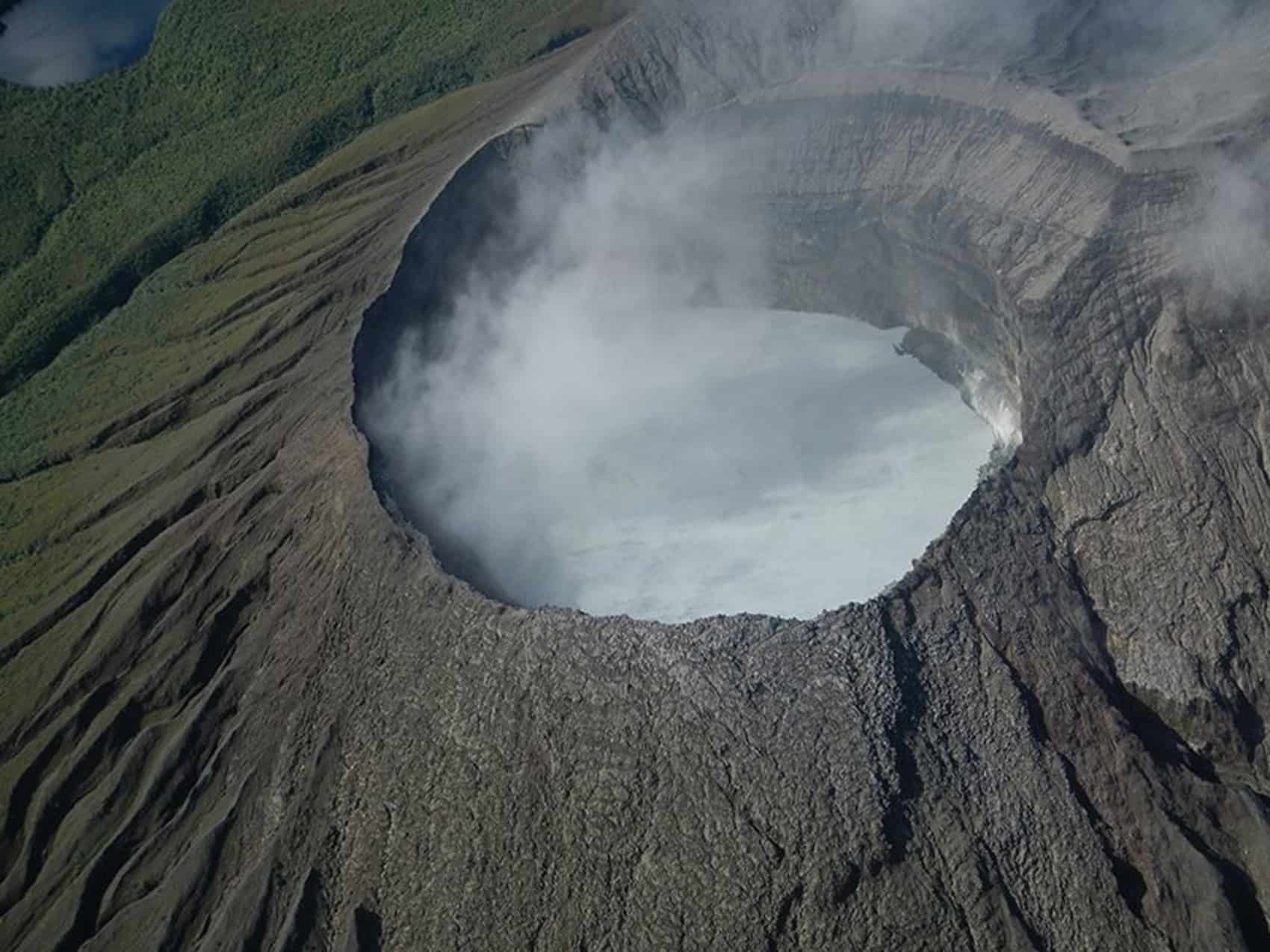 Recent activity at Costa Rica’s Rincón de la Vieja Volcano has led the Red Cross to mobilize a small team to assess possible risks of flooding and damage to bridges over the Pénjamo River, according to Red Cross Assistant Director Jim Batres. Batres said that the three-person team arrived at the national park in the early hours of Friday morning.

The dramatic plumes of smoke and ash rising out of the volcano’s crater are eye catching but mudslides and flash floods are of greater concern at the moment, according to Raúl Mora, a volcanologist with the National Seismic Network at the University of Costa Rica. The volcano has been active since 2012 but has seen several phreatic eruptions of ash and mud since September, according to the Guanacaste Conservation Area, which includes the park.

Mora said that these eruptions have led to a build up of ash along the northern slope of the volcano. The drought in the northwest region has exacerbated this buildup and when sudden rains started this week the mix of water and ash caused several mudslides into the nearby Pénjamo River.

Mora said that the mudslides caused the river to surge but it did not overflow its banks. However, continued mudslides into the river could cause large rocks from the volcano’s slope to build up in the river. In the case of a flash flood, those rocks could get rushed downstream and cause damage to the Pénjamo bridge.

Mudslides from Rincón de la Vieja volcano cause surge of water in the Pénjamo River via Gino Gonzalez @TheTicoTimes pic.twitter.com/GkKI0J4vsj

The national park remains open but the trail to the crater has been closed to tourists. Mora advised hikers to stay out of the park’s restricted areas, saying that an eruption could happen at any time. The same advice goes for the Pénjamo River, he said.

Red Cross Assistant Director Batres told The Tico Times that visitors and residents should keep an eye out for any changes in the volcano and be careful when crossing the Pénjamo bridge.