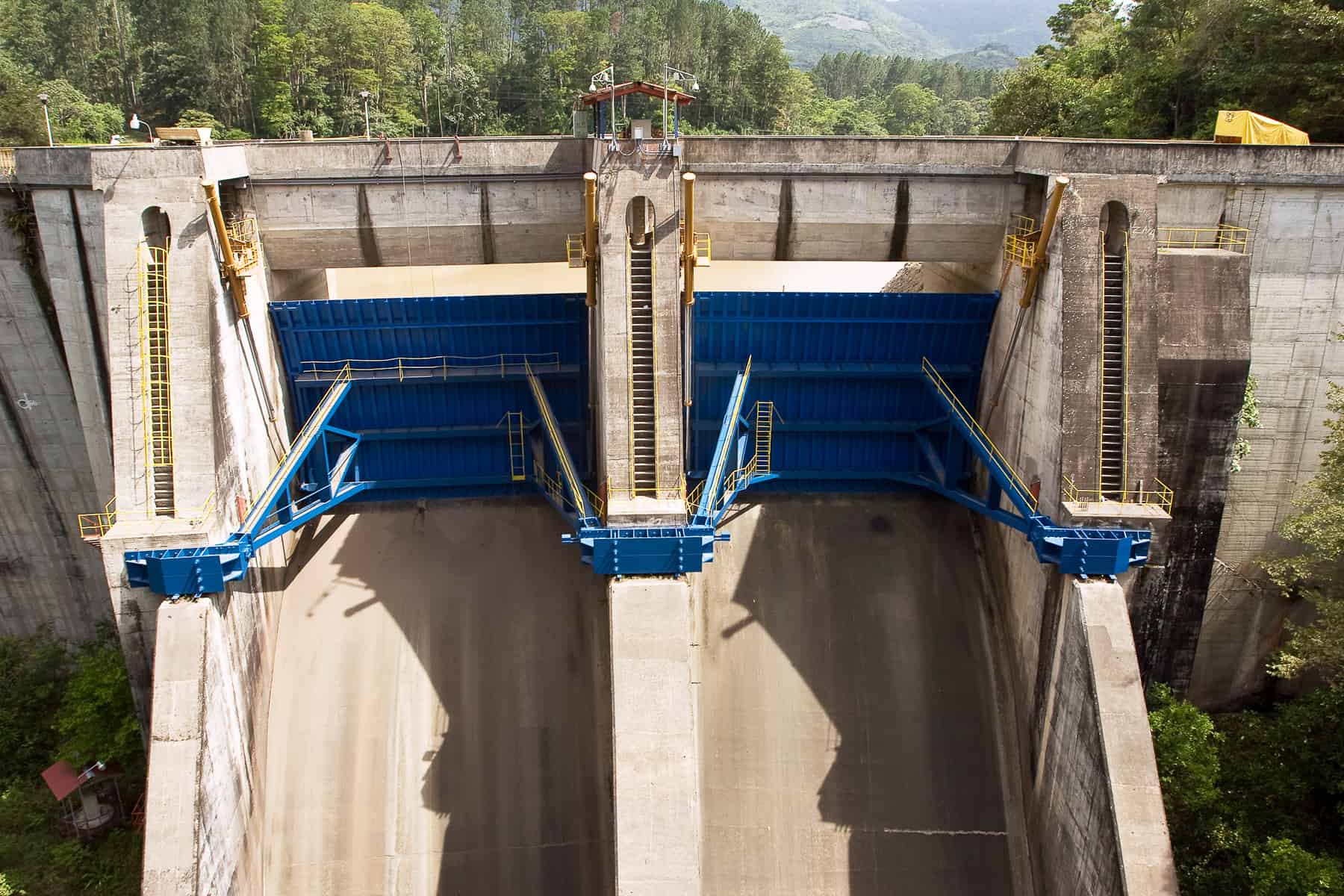 Cachí Dam, in Cartago province, is one of the country's main hydroelectric plants. ICE reported on Sept. 2 that the reservoir is 4 meters below its normal level. (Ronald Reyes/The Tico Times)

The Costa Rican Electricity Institute (ICE) said Thursday that the lack of rains in August forced it to fire up one of its thermal plants on the Pacific coast, ending a clean energy streak that attracted worldwide attention.

In fact, it was the country’s second green streak this year. In August Costa Rica broke its own record by running 94 consecutive days exclusively on renewable energy. It set its previous record in March when it ended 75 days of renewables, ICE reported.

During the second streak, between May and August, some 78 percent of the country’s electricity came from hydroelectric power plants; 12 percent from geothermal sources, 10 percent from wind power; and 0.01 percent from solar.

But low water levels in the country’s reservoirs, mainly caused by drought in much of the territory, ended the green energy run. Hydroelectric plants supply some 72 percent of Costa Rica’s electricity needs, according to ICE.

“The drop in rainfall forced us to use the Garabito thermal plant to meet peaks in electricity needs in late August,” ICE’s director of electricity generation Alberto Ramírez said Thursday in a public statement.

Both ICE and National Meteorological Institute officials attribute this deficit to extreme weather conditions caused by the El Niño phenomenon that often produces drought in one part of the country and intense showers in another.

ICE hopes reservoir levels will start to recover this month in order to avoid using thermal plants, which could lead to electricity rate hikes for its customers.

But Ramírez said the country has enough fuel reserves to use thermal plants again, if necessary. “It will depend on the behavior of rainfall patterns during the rest of the year,” he said. “Then we will evaluate the need to buy more fuel to support thermal generation for the next dry season.”

The state-owned National Power and Light Company last week requested an increase in electricity rates that, if approved, would raise basic rates for customers in the San José greater metropolitan area by 36 percent.