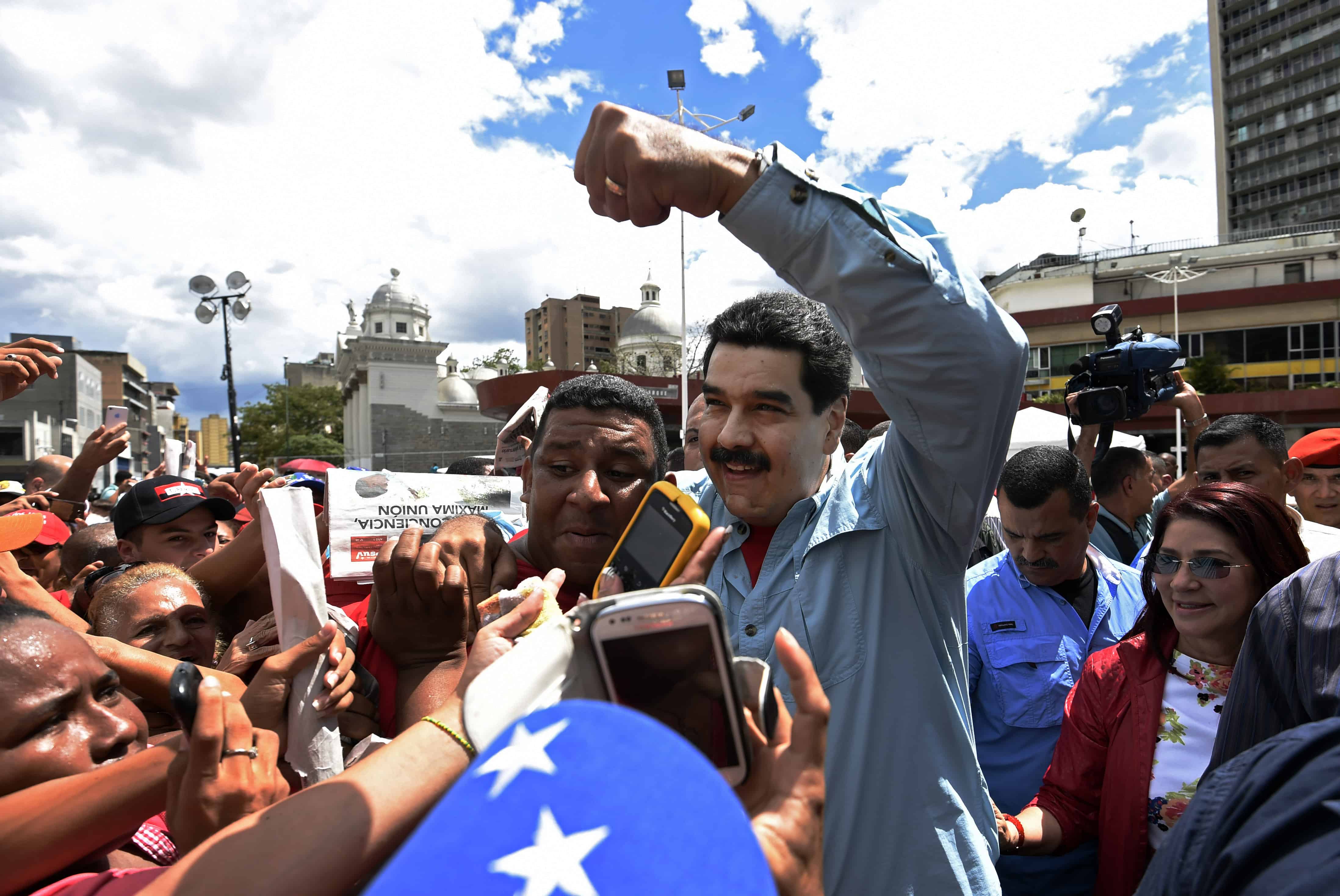 Venezuela now has a gold problem.

The South American country, which is trying to stave off a bond default in the wake of oil’s swoon, had 68 percent of its international reserves in bullion as of August, according to the World Gold Council. That’s a big worry because the price of the precious metal has tumbled 15 percent from this year’s high in January as the global slump in commodities deepened.

The decline threatens to erode reserves the cash-strapped country relies on to pay its foreign debt. Venezuela, which gets more than 95 percent of its export revenue from oil, will see its hoard plunge by $1 billion if bullion prices don’t rebound, said Alejandro Arreaza, an analyst at Barclays Plc.

“Obviously, it’s the worst of both worlds,” he said.

Venezuela’s dollar-denominated bonds have lost 19.2 percent in the past three months, the most in emerging markets, as the collapse in oil exacerbates concern the nation will run out of money to pay debt. Yields on its benchmark notes climbed past 26 percent on Aug. 6, the highest since February.

Venezuela’s central bank uses a six-month moving average to value its gold, which means the 5 percent drop in the metal over the past month isn’t immediately reflected in official statistics, according to Barclays’s Arreaza.

Bullion for immediate delivery fell to a five-year low on Aug. 5 and is currently trading around $1,104 an ounce. Prices will average $950 an ounce in 2016, Natixis Commodity Markets Ltd. said in an Aug. 6 report.

After falling to $15.4 billion last month, the lowest since 2003, Venezuela’s reserves have climbed to $16.7 billion after the country collected an oil-debt payment from Jamaica and signed a loan agreement with China.

Still, Venezuela and its state oil company, Petroleos de Venezuela, have about $6.3 billion in bond payments due for the remainder of this year and about $10.8 billion in 2016, data compiled by Bloomberg show.

Venezuela’s reserves could fall below $15 billion if gold prices fall further or if the government decides to liquidate some of its holdings, according to Sarah Glendon, the head of sovereign research at Gramercy Funds Management.

In April, Caracas-based newspaper El Nacional reported that the central bank swapped $1 billion of its gold reserves for a cash injection. And in 2012, then President Hugo Chávez repatriated most of the country’s gold reserves.

Venezuela has drawn down reserves about $1 billion a month this year to counter the drop in oil prices, Morgan Stanley said in a note to clients last month.

“It’s a question of what weighs more in their mind: servicing their debt or holding their gold in Caracas?” Gramercy’s Glendon said from Greenwich, Connecticut. “It’s going to be extremely challenging for Venezuela to get another source of dollars.”