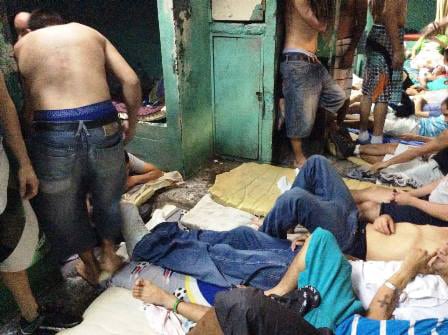 Costa Rica’s Supreme Court has given the San Sebastián prison one month to come up with a plan to deal with its “cruel and degrading” conditions.

The Constitutional Chamber of the Supreme Court, also known as Sala IV, ruled in favor of a prisoner residing to cell block B1, room 4 who denounced the overcrowded conditions in his cell. The dormitory was designed to hold 20 prisoners but currently holds 47.

According to a statement from Sala IV, prisoners “are sleeping on pieces of mattresses or on the ground, putting up with the cold” and rats climbing out of the drains at night.

The court ordered prison system director Reynaldo Villalobos Zúñiga and Mariano Barrantes Angulo, director of the San José facility, to take steps to mitigate the overcrowding in the prison within one month.

Last month the Ombudsman’s Office decried overcrowding across Costa Rica’s penitentiary system, which has ballooned to 53 percent of capacity, according to figures from the Ministry of Justice and Peace.

The ministry issued a statement outlining its attempts to curb the problem, but San Sebastián prison was not among the facilities listed where additional cells have been built. Justice authorities claimed that a lack of funding between 2007 and 2009 has had compounding effects on their ability to build new facilities at the same time that courts sent more people to prison.

There were 1,266 prisoners housed at San Sebastián as of June 26, according to the Ministry of Justice and Peace.

The embattled ministry was under new management as of Tuesday when President Luis Guillermo Solís named María Cecilia Sánchez to replace Cristina Ramírez as Justice Minister.