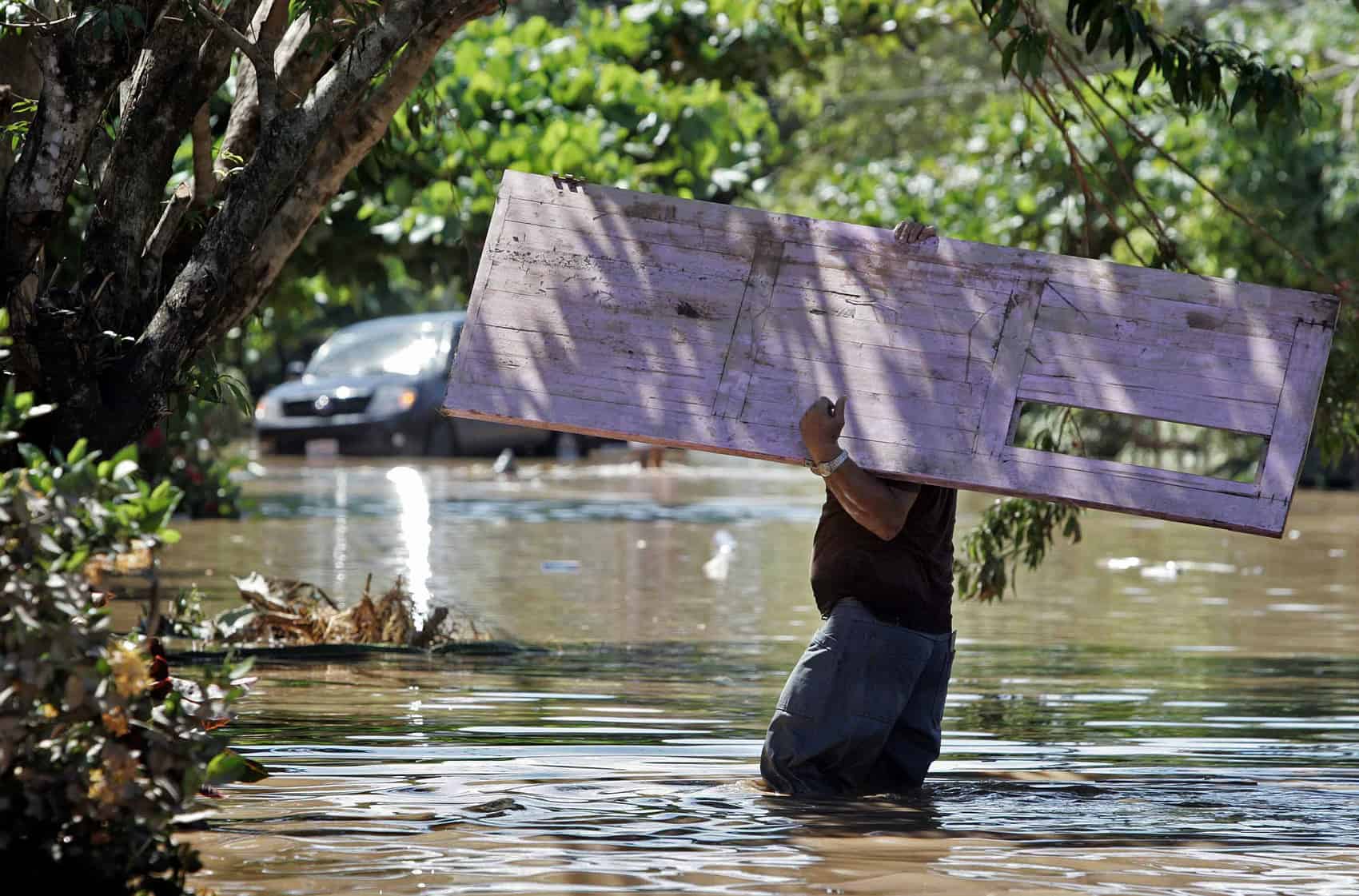 In this file photo, a man carries a door to his home on May 30, 2008, in the locality of Sitradique in Parrita, 150 km southeast of San José, after Tropical Storm Alma strongly hit the area. (Mayela Lopez/AFP)

President Luis Guillermo Solís is hoping that strength in numbers will garner results for Central America in the upcoming Paris climate talks beginning in late November.

Solís, in a letter delivered by Vice President Helio Fallas, asked the presidents of Central American nations, Mexico and Colombia to join together as a bloc to set a regional agenda for the COP21 climate talks. Presidents from across the region were meeting in Antigua, Guatemala for the Central American Integration System (SICA).

The world’s nations are negotiating a new, global pact, which must be inked in Paris in December, to curb climate change through greenhouse gas emission cuts.

“I would like to propose to the presidents the possibility of adopting a joint position before the climate change conference that will take place in Paris. I understand complexity that this matter brings and its sensitivity both domestically and internationally,” Solís said, according to a statement from Casa Presidencial on Friday.

The president offered San José as a meeting place for climate negotiators from the region’s countries to agree on common goals for the isthmus, Mexico and Colombia to present a unified, technical proposal.

Together, Solís said the countries could mount a “revenant and capable” geopolitical unit to curb rising global temperatures.

Although Central America accounts for only 0.5 percent of global greenhouse gas emissions, scientists consider the region a “hotspot” for climate-related damages in the future. Central America’s seven countries also suffer a disproportionate share of the consequences of global warming, including floods, hurricanes and other natural disasters.

Disguised as devils, witches, goblins and terrifying characters from indigenous mythology, thousands of Nicaraguans celebrated with joy and boisterous dances…

Happy Monday from The Tico Times! We hope you're reading this while drinking a delicious Costa Rican coffee or eating a…

Sloth Sunday: Awarding the top sloths of the 2020 Ironman Games

Over the last five days, sloths at the Toucan Rescue Ranch have participated in grueling tests of strength and endurance…

Sloth Sunday: Awarding the top sloths of the 2020 Ironman Games