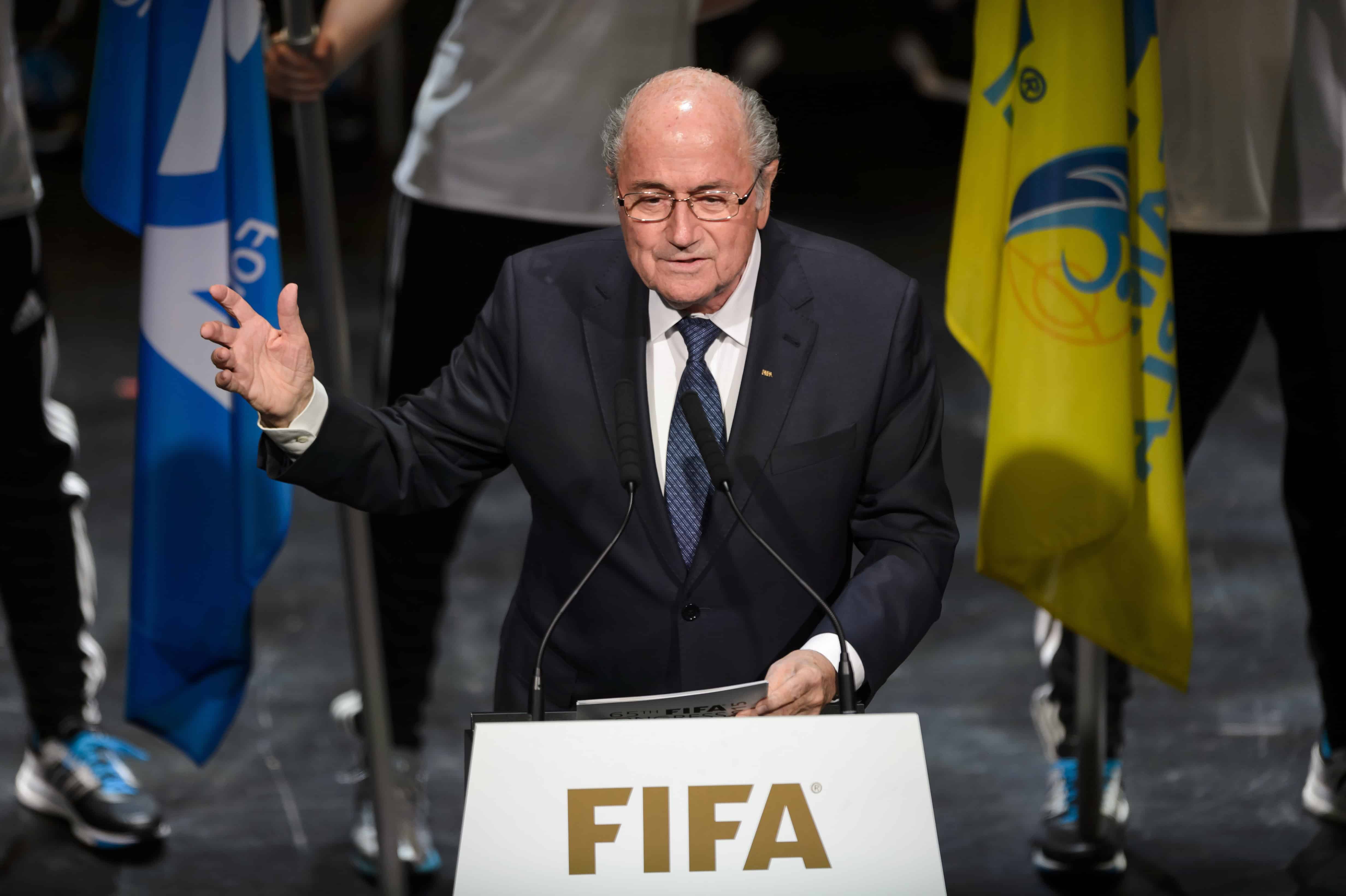 FIFA President Sepp Blatter speaks during the opening ceremony of the 65th FIFA Congress in Zurich on May 28, 2015. UEFA President Michel Platini confronted Blatter on Thursday and called on him to stand down because of corruption scandals engulfing world football. Blatter refused. (Fabrice Coffrini/AFP)

Blatter did not raise the many calls made for him to resign for Friday’s election, as he opened FIFA’s annual congress one day after seven top football officials were arrested as part of a U.S corruption inquiry.

“The next few months will not be easy for FIFA. I am sure more bad news will follow but it is necessary to begin to restore trust,” Blatter told the congress.

“We cannot allow the reputation of football and FIFA to be dragged through the mud any longer. It has to stop here,” he added.

Blatter called the scandals “unprecedented” and said the “actions of individuals bring shame and humiliation on football and demand action and change from us all.”

“The events of yesterday have cast a long shadow over football and over this week’s congress.”

The football president said FIFA cannot be an “exception” to rules on corruption and added “we will cooperate with all authorities to make sure that anyone involved in wrongdoing — from top to bottom — will be discovered and punished.”

Bach, the president of the International Olympic Committee (IOC), acknowledged these are ‘sad and difficult days’ for FIFA and said Blatter’s organization must cleanse itself of any wrong-doings.

“I would very much like to encourage you to continue and strengthen your cooperation with the relevant authorities to shed full light on the concerned methods and to take all necessary measures to address such grave allegations,” Bach said. “The IOC knows from its experience that this fight is challenging and can be very painful.

“We also know there is no other way to ensure credibility, we have seen this in business, in politics and society.”

Despite the storm, Blatter is favorite to win a fifth term in a vote at the congress on Friday. His only challenger is Prince Ali bin al Hussein of Jordan, a FIFA vice president, who has called for widespread reforms.

Read all of our “FIFA-Gate” coverage here