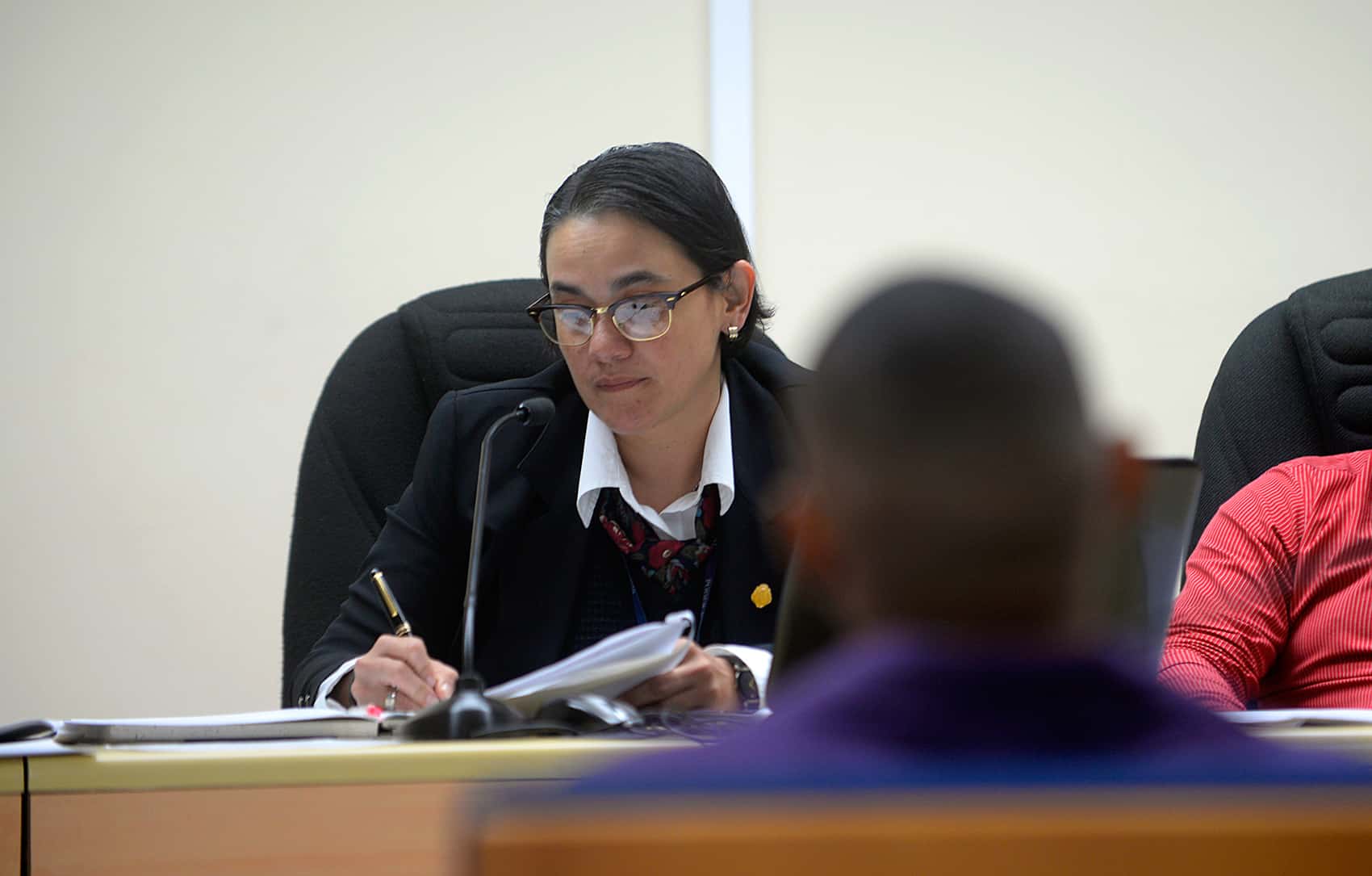 Read all of our coverage on the Jairo Mora case here.

The defendants, Felipe Arauz, Héctor Cash, Ernesto Enrique Centeno, William Delgado, José Bryan Quesada and brothers Darwin and Donald Salmón all pleaded not guilty to the charges of robbery, sexual assault and murder, for which they each could face a maximum sentence of 35 years in prison if found guilty. Centeno, Quesada, Cash and Donald Salmón also face charges of rape, kidnapping and robbery in a separate crime committed in the same area a week earlier on Costa Rica’s northern Caribbean coast.

Prosecutors opened their arguments with a short video documentary about Mora, which included interviews from his family and friends. The video explained Mora’s love of sea turtles and his decision to work on Moín Beach protecting turtle eggs. As the video played, members of Mora’s family seated in the courtroom wiped away tears with matching green towels. After the video, Limón prosecutor Carmen Zúñiga presented the charges and described the events leading up to Mora’s death on the night of May 31, 2013.

According to prosecutors, Mora and four foreign women volunteers were returning from a night of patrolling Moín Beach for nesting leatherback turtles. The group planned to rebury the sea turtle nests they encountered, away from poachers who regularly walked the beach. While driving back to the wildlife sanctuary where they volunteered, the group encountered a tree trunk blocking the road that runs parallel to the beach.

Mora exited the vehicle to remove the trunk. Shortly after, four men in masks appeared, grabbed Mora and commandeered the vehicle, along with its passengers. The men took the volunteers to an abandoned house along the northern Caribbean coast, where prosecutors allege Cash and Quesada remained with plans to sexually attack the women. According to prosecutors, the remaining defendants – Arauz, Centeno, Delgado and the Salmón brothers – took Mora to the beach where they stripped him, beat him, dragged him behind the car and left him to suffocate in the sand.

“We plan to show that the defendants were all a part of a criminal gang involved in the illegal extraction of gas at the oil refinery, RECOPE, several robberies, rapes and the poaching of sea turtle eggs,” Zúñiga told the court.

Zúñiga also presented evidence in a related case in which Centeno, Cash, Quesada and Donald Salmón are defendants. According to prosecutors, the suspects kidnapped a man, his wife and their two young nephews while they were fishing on Moín Beach. The men robbed the family and forced the woman to commit sexual acts in front of her husband and nephews. The prosecution’s case claims that the four defendants took the family to the same abandoned house where they took the four volunteers a week later on the night of Mora’s murder. Zúñiga said the rape victim’s shirt had been found in the house and tested positive for DNA from Donald Salmón.

Zúñiga claimed that Mora had received threats from the defendants in the months prior to his death, and the homicide was a result of the gang following through on those threats. This statement of motive differs from earlier statements by the Judicial Investigation Police, which claimed after the arrests that the motive was simply robbery.

An attorney for Mora’s family, Rodrigo Araya, also presented his version of the charges for a civil lawsuit filed by the family. Araya asked the court for ₡502 million ($1 million) in damages.