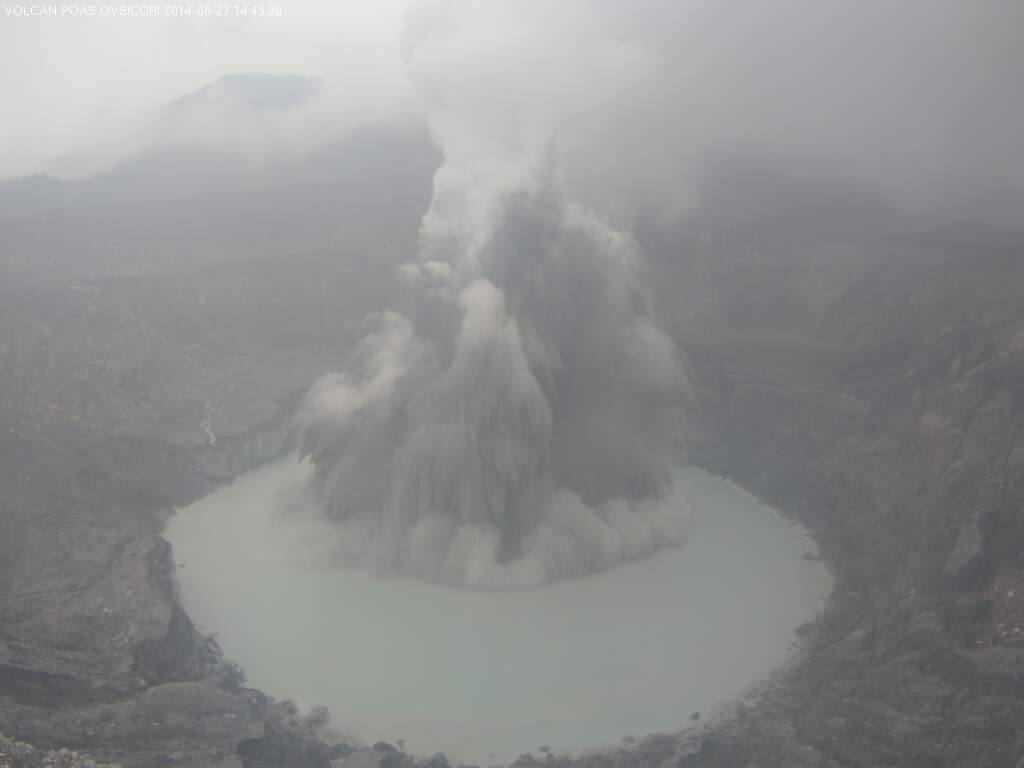 According to an OVSICORI press release, phreatic eruptions, while common, cannot be predicted with precision, and they can pose a danger to volcanologists who work close to the crater lake. Debris is rarely a concern, but living things close to the crater lake can be suffocated by the  gas-saturated cloud emitted from the volcano after an eruption.

Volcanologists say they have occurred sporadically since 2006 and could continue for several more years.

Poás is located a short drive from the Juan Santamaría International Airport in Alajuela.