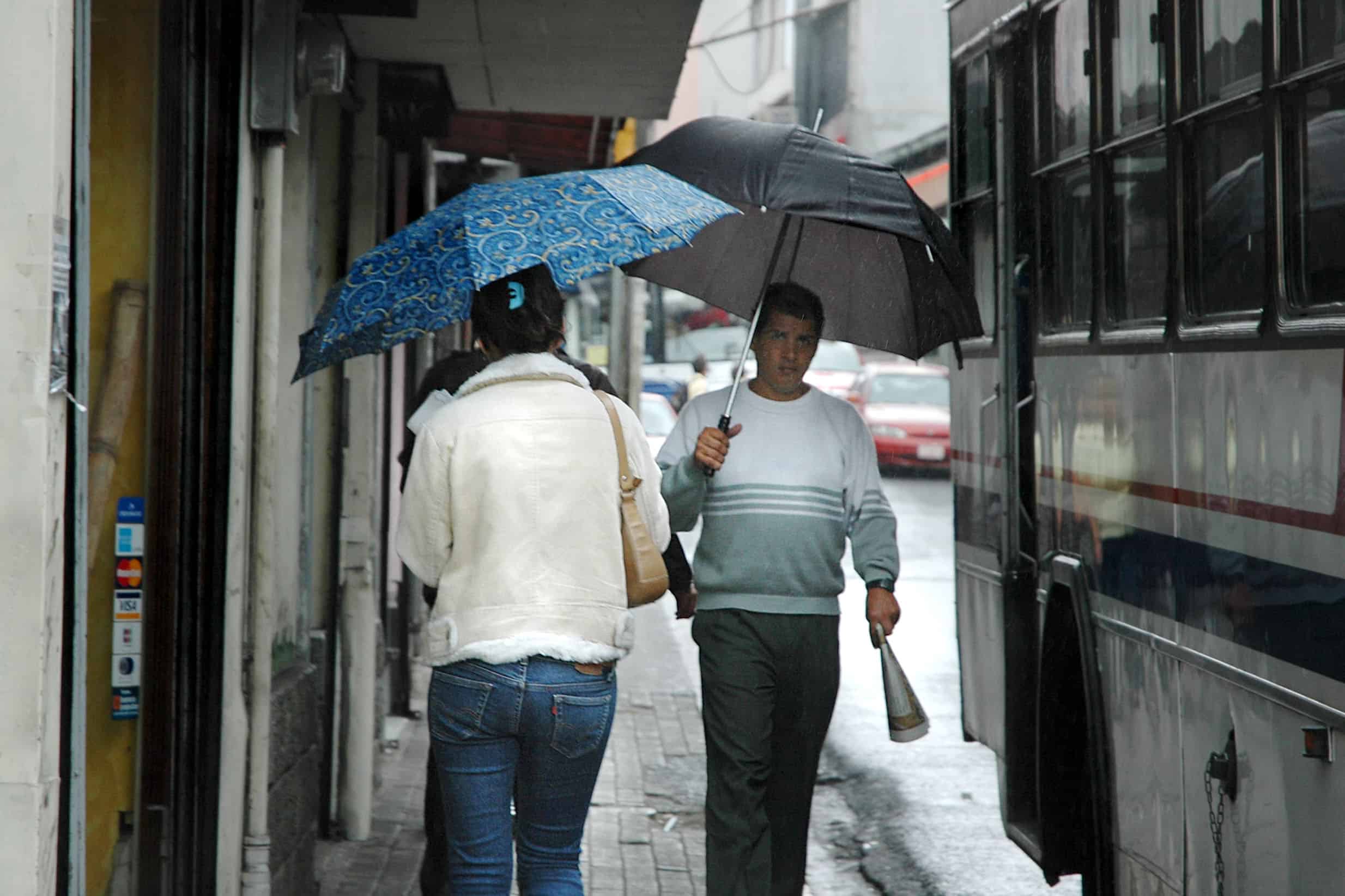 Every year from June through November, Costa Rica converts from a sunny tropical paradise to a gray and gloomy wetland, and though the 2014 rainy season has been uncharacteristically dry (which is actually a bad thing), this sunny weather is unlikely to last. However, while much of the country may be slowly descending into a drizzly hellhole, there are still plenty of things to do in Costa Rica during the rainy season.

For two weeks every rainy season, Central America gets a small break from the constant storms. Known as the veranillo de San Juan, this meteorological phenomenon causes a small interruption in the rainy season, creating a two-week summer. The mini-summer got its name because it often falls on the 24th of July, coinciding with the Catholic festival of St. John the Baptist (San Juan in Spanish).

According to the National Meteorological Institute, the 2014 veranillo was in evidence last week along the Pacific Coast, but unusual weather patterns prevented its effects from spreading elsewhere.

2. Take advantage of the deals

Fewer crowds and cheaper prices are the chief advantages of traveling in Costa Rica during the rainy season. Lodging prices during this season are usually 10-40 percent cheaper, and many hotels offer deeper discounts for residents to encourage local travel during the low months. Though tour prices generally remain the same, the lower volume of travellers makes it easier to negotiate deals with smaller companies. Sea turtles come to nest in Costa Rica throughout the year, but the rainy season is when larger groups of mother turtles arrive at the country’s shoreline all at one time. There are three main beaches to see turtles, each with a different species of turtle and a slightly different season.

Playa Ostional, on the country’s Nicoya Peninsula on the Pacific side, gets mass nestings — known locally as arribadas — of Olive Ridley turtles in the days surrounding the full moons in mid-June through December. During an arribada, thousands of turtles may be at the beach all at one time.

Farther north up the coast is Las Baulas National Park, home to the largest nesting colony of endangered leatherback sea turtles on the Pacific Coast of the Americas. The leatherbacks will begin their Pacific nesting season in October and continue through December. Unlike Playa Ostional, Las Baulas does not see an enormous number of turtles all at once, but seeing just one leatherback — the largest species of sea turtle, weighing up to 2,000 pounds — is enough for most wildlife enthusiasts.

The final rainy-season nesting beach is on Costa Rica’s northern Caribbean Coast. Tortuguero, which literally means Land of Turtles, is the most important nesting site for endangered green sea turtles in the entire Western Hemisphere. Green turtles begin nesting in Tortuguero in July and continue through October. Though heavy storms can affect visibility underwater, some of Costa Rica’s best dive sites are only accessible during the rainy season. The northern Pacific scuba diving hub, Playas del Coco, has several dive sites that are best in the rainy season; chief among these is the Bat Islands. An hour boat ride from Playas del Coco, the Bat Islands is one of the best spots in the Pacific for spotting bull sharks.

Though conditions are highly variable, many dive shops recommend going to the famed Cocos Island during the months of June and July for the best chance of calm sea and large wildlife encounters. Located more than 300 miles from Costa Rica’s Pacific shore, Cocos Island is famous for its abundance of hammerhead sharks. Diving at the nearby Malpelo island is also best during the rainy season.

There are likely more canopy tours in Costa Rica than there are jaguars, and the activity seems to be at the top of every tourist’s list during a visit to the country. Though it may be tempting to check off ziplining through the Costa Rican jungle off your bucket list, a canopy tour in the rain is rarely any fun. Take it from someone who knows first-hand: there is nothing enjoyable about being smacked in the face with water as you speed through the rain forest, unable to see anything at all.

If ziplining is an absolute must, try not to book in advance. That way, you can try to find a dry window of time during which you will actually be able to enjoy your canopy tour.

6. Go to the Caribbean

In October, most of Costa Rica is in the midst of the absolute worst of the rainy season. Roads wash out, mudslides and flooding abound and it can rain all the time without stopping. The country’s Caribbean side is the one gleaming exception. In fact, the October weather on the Caribbean is so good that locals sometimes refer to the month as ‘summatime.’

The Caribbean’s tourism hot spots are concentrated in the coast’s southern zone in Puerto Viejo and Manzanillo. A surfer rides a wave off the shores of Playa Dominical in Costa Rica's Southern Pacific. Lindsay Fendt/The Tico Times

Several of Costa Rica’s rivers are raftable year-round, but low water levels can make river rafting bumpy and uncomfortable. River rafting trips are the fastest, smoothest and most intense during the rainy season when most of the country’s raftable rivers swell with class III and IV rapids. Some rivers have class V rapids. The most well-traversed white water river is the Pacuare River, which has trips leaving primarily from Turrialba in the Central Valley.