Watch: All the goals Keylor Navas allowed against Galatasaray today

‘I want to write my story here too,’ Navas says of PSG 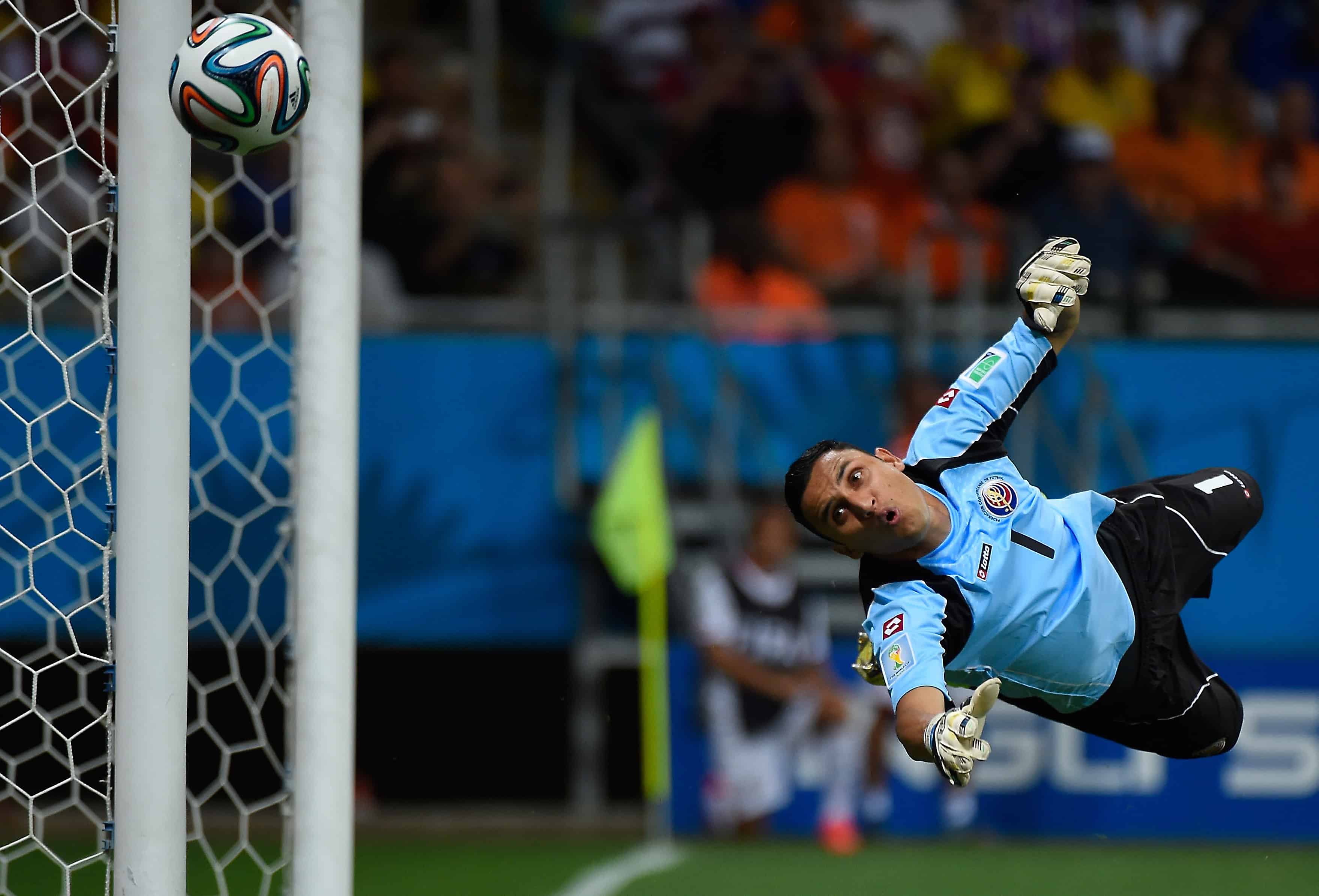 Costa Rica's goalkeeper Keylor Navas dives for the ball during the quarterfinal match between the Netherlands and Costa Rica at the Fonte Nova Arena in Salvador on July 5, 2014. (AFP)

Costa Rica’s stud goalie Keylor Navas is one of three candidates nominated for the World Cup’s best goalie award. But for him to win, the World Cup final needs to see lots of goals scored.

FIFA announced today that Navas and both keepers in Sunday’s championship — Germany’s Manuel Neuer and Argentina’s Sergio Romero — are the finalists for the Golden Glove award.

Navas was crucial to Costa Rica reaching the quarterfinals of the World Cup for the first time in the country’s history. He fended off several close-range shots against Greece in the Round of 16 to force penalty kicks. His stop of Theofanis Gekas’ penalty allowed the Ticos to advance to the quarterfinals. The keeper made several life-saving stops for La Sele against the Netherlands, before the Dutch finally eliminated Navas and Costa Rica.

The 27-year-old Tico had 21 saves in five matches, and received the Man of the Match Award three times during the tournament. He only allowed two goals throughout the entire World Cup — one on a penalty against Uruguay and a second in injury time against Greece.

However, Germany’s Neuer is the current favorite to take home the Golden Glove. He’s made 25 saves in six matches, though he’s also given up four goals (that’s twice as many goals as Navas). Still, if Neuer earns his fourth shutout of the tournament in the final, he’ll likely earn the Golden Glove.

If Argentine Romero can slow down the high-scoring Germans, then he’ll become the leading candidate to win the Golden Glove. Argentina only has given up three goals during the tournament. In the semifinals, Romero made two saves in penalty kicks to take out the Dutch.

Navas fans should be rooting for a final where both Argentina and Germany have no trouble finding the back of the net. The more goals scored, the better chance Navas has of overcoming the two talented goalkeepers squaring off Sunday.

Many considered Neuer the world’s best goalkeeper at the start of the competition. In an odd twist, Navas’ strong play could lead to the Tico backing up Neuer for Germany’s powerhouse club Bayern Munich. The German champions are in negotiations to purchase Navas’ contract from his Spanish club Levante. The move would give Navas a multimillion dollar pay raise, but also likely would force him to the bench for most of the season since he’d only receive sparing starting opportunities over Neuer.