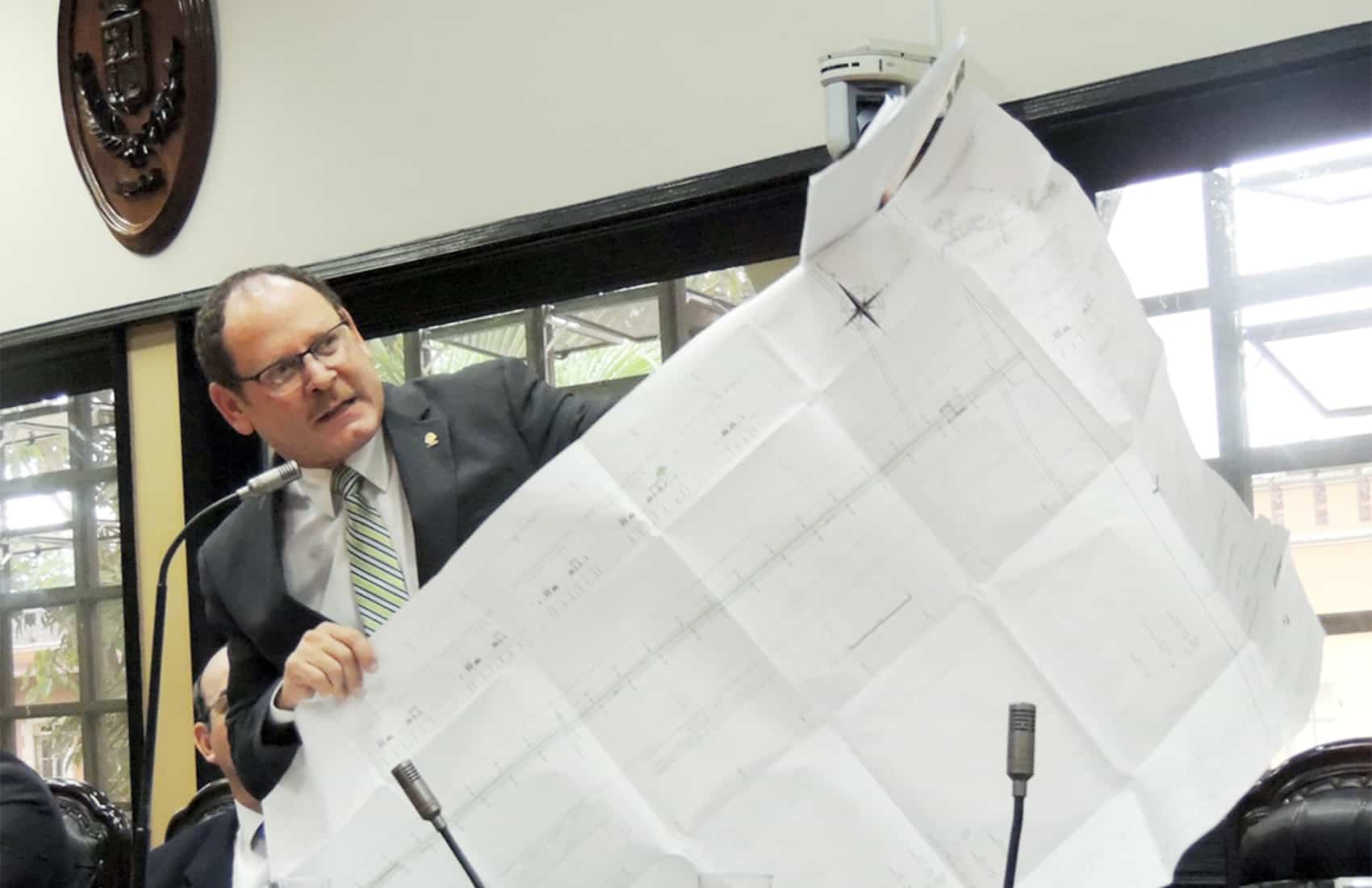 Limón lawmaker Danny Hayling Carcache, from the National Liberation Party, criticized a Solís administration request to postpone voting on a Chinese loan to expand a highway to the Caribbean. ((Courtesy of Legislative Assembly))

Public Works and Transport Minister Carlos Segnini on Thursday asked lawmakers to postpone for up to four months a final vote on a $485 million loan package from China to finance expansion of Route 32, the country’s main access to the Caribbean province of Limón.

Segnini appeared at the Legislative Assembly to explain why the current administration hopes to renegotiate the terms of the contract signed by President Laura Chinchilla’s administration and the government of China to expand to four lanes 105 kilometers of the highway.

Segnini said he recently met with engineers from the University of Costa Rica’s National Structural Materials and Models Laboratory (Lanamme) and other experts who supported the government’s call for a delay in approval in order to further study and renegotiate the contract.

“We know the loan with the Export-Import Bank of China is the best option, but the people of Limón and the country deserve that the project is conducted under the best conditions, at the best price, in the shortest time and with the best quality. Therefore, it is necessary to review [the contract] and, if necessary, renegotiate some aspects of the agreements,” Segnini told lawmakers.

He criticized the project’s design, saying it consisted only of 52 blueprints with a significantly poor level of accuracy, and that it lacked support from technical studies.

The minister also questioned a Chinese request for $10 million to relocate public utilities – such as electricity, water and fuel – without a corresponding technical review from Costa Rican utilities agencies to justify the cost.

“There is nothing that assures us that the budgeted amount is appropriate for these works,” he said.

President Luis Guillermo Solís, currently on his first official trip to the United States, confirmed he will meet with Chinese President Xi Jinping to adjust the terms of the contract.

The two presidents could meet at least twice later this year. The first encounter will take place in mid-July in Brazil during a Latin American tour of the Chinese president. The second could occur during Solís’ trip to China in October to attend a summit between Chinese officials and ministers of the Community of Latin American and Caribbean States, or CELAC, which Costa Rica currently chairs.

However, Solís told reporters on Friday that the China trip would focus on CELAC business, and he would not enter into bilateral discussions over the highway project contract.

“We are certain that the Chinese loan is the solution most experts recommended for this project, but the government refuses to acknowledge the priority of its completion for Limón and for the country. The bill is ready to vote, our party has 18 votes to support its approval and there is no need to wait any longer,” he said.

Before taking office on May 8,  Solís told Chinese Ambassador Song Yanbin he would not accept the current loan terms, which also require Costa Rica to hire China Harbour Engineering Company to build the project. Among the contract provisions being questioned, the company would only employ Chinese workers for the project.

Another pending bill in the Assembly is a second contract with China to build an oil refinery in Limón.