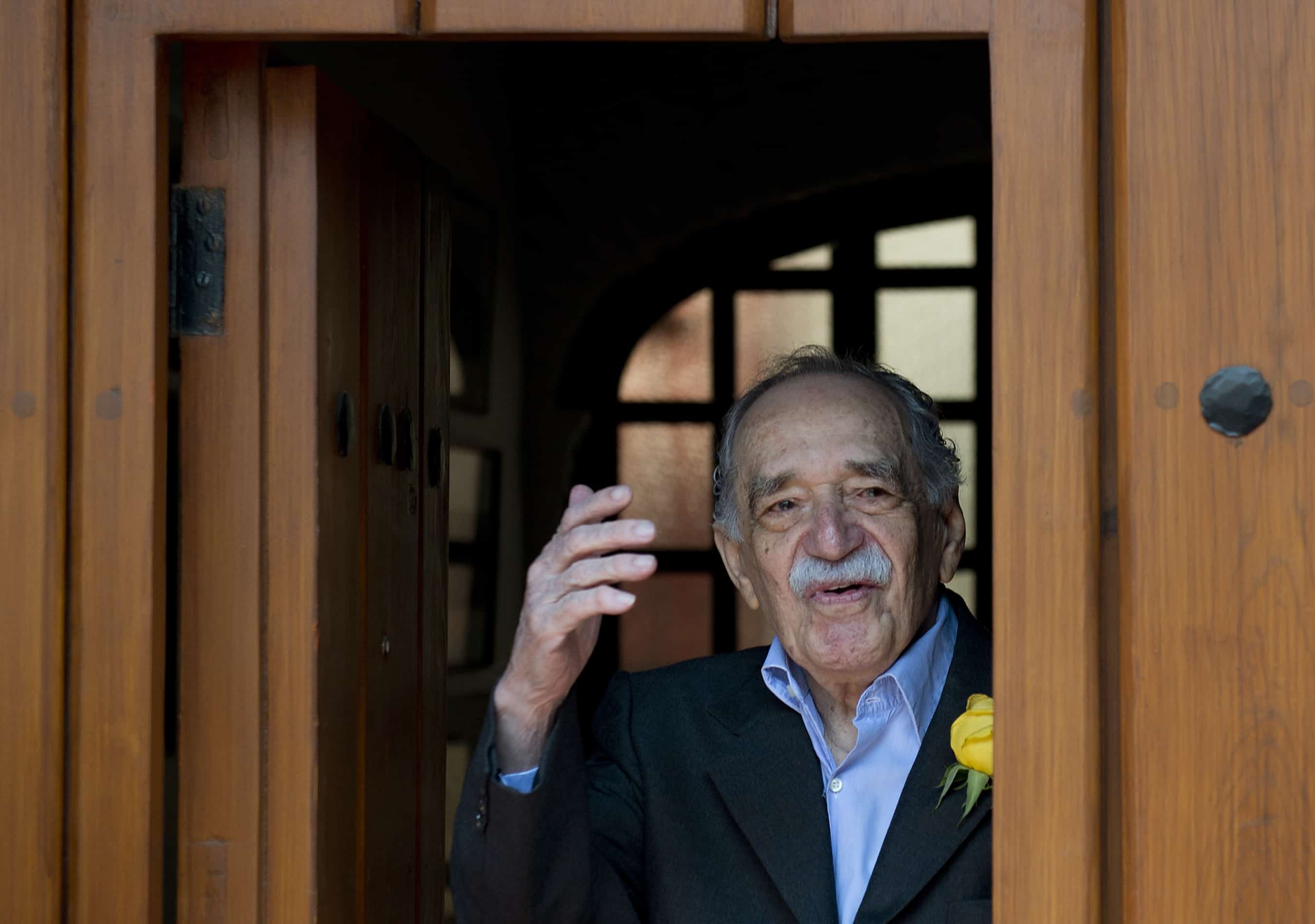 Nobel prize-winning writer and journalist Gabriel García Márquez waves to the press on his 87th birthday in Mexico City, on March 6, 2014. (Yuri Cortéz/AFP)

MEXICO CITY – Colombia’s Nobel Prize-winning writer Gabriel García Márquez was being treated at a Mexico City hospital Thursday for a lung infection but he was doing well, his son and officials said.

The Health Ministry said the 87-year-old author of “One Hundred Years of Solitude” has been in a hospital since Monday due to dehydration as well as lung and urinary tract infections.

The novelist “has responded to treatment and once he finishes taking antibiotics, his discharge will be examined,” the ministry said in a statement.

His son, Gonzalo García Barcha, said his father was doing “very well and progressing very well” and could be discharged from the capital’s National Medical Science and Nutrition Institute early next week.

“He had a small infection a few days ago and we preferred to take him to the hospital because he is older,” García Barcha told reporters.

“It was never an emergency,” he said, adding that his father was conscious.

García Barcha denied reports that his father, who made Mexico City his home more than three decades ago, had pneumonia.

“All of Colombia wishes a quick recovery to the greatest of all time: Gabriel García Márquez,” Santos wrote.

García Márquez made his most recent public appearance on March 6, when he came out of his Mexico City house to greet journalists who visited him for his birthday.

The author smiled, accepted gifts and posed for photographs, but he did not speak to reporters. Known affectionately as “Gabo,” the author of “Love in the Time of Cholera” became the most-read Latin American author in the world and the godfather of a literary movement in a continent in turmoil.

García Márquez was born on March 6, 1927, in the village of Aracataca on Colombia’s Caribbean coast. His father was a telegraph operator.

He was raised by his grandparents and aunts in a tropical, mixed culture that inspired his work.

His most famous novel, “One Hundred Years of Solitude,” has been translated into 35 languages and sold more than 30 million copies.

The book, first published in 1967, is a historical and literary saga about a family from the imaginary Caribbean village of Macondo between the 19th and 20th century.

The Nobel Committee awarded him the 1982 prize “for his novels and short stories, in which the fantastic and the realistic are combined in a richly composed world of imagination, reflecting a continent’s life and conflicts.”

Diagnosed with lymphatic cancer in 1999, which he overcame, García Márquez has seldom appeared in public in recent years.

He lives in Mexico City with his wife, Mercedes Barcha, mother of his two children.

His most recent novel is “Memories of My Melancholy Whores,” published in 2004.