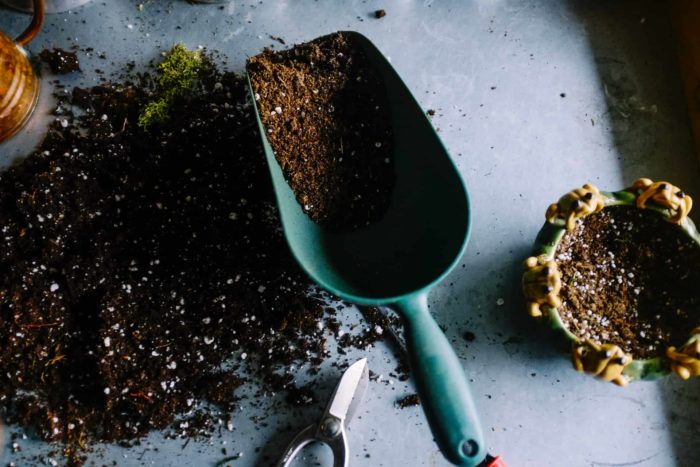 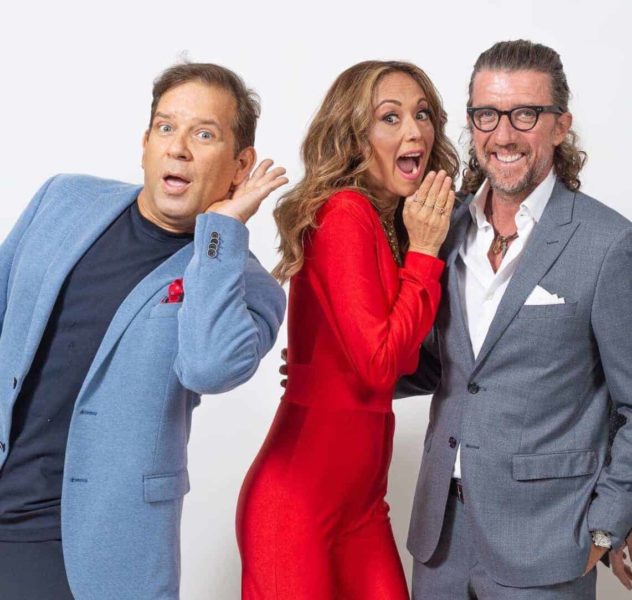 Despite its dark past, Medellín, Colombia, remains one of Latin America’s great cities 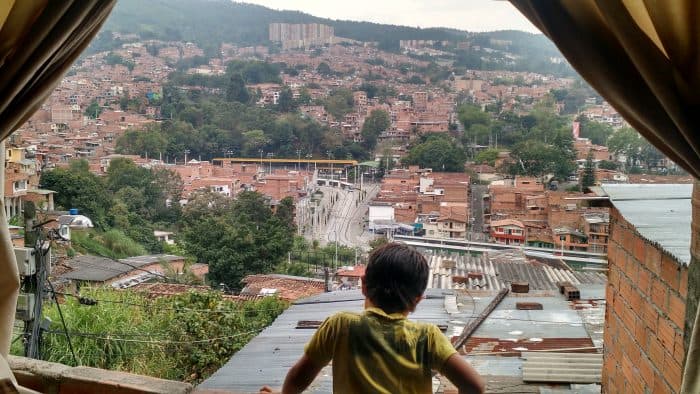 It's no secret anymore that the radically transformed Medellín, Colombia, is one of the best destinations in Latin America. (Michael Krumholtz/The Tico Times)

That iconic paisa accent, which extends the final syllables of given sentences or phrases, puts a charming twist on the Spanish language and adds a siren song to a city gaining international recognition after decades of unwanted notoriety.

Whether the locals are praising something (“Tan bacanooo,” “So cool”) or lamenting something else (“Que pesaaaar,” “That sucks”), the rhythmic inflection remains a beautiful constant no matter the mood, like a jazz sax going from upbeat to melancholic in the same swirling improv.

Behind the best songs are heartbreak and tragedy. In this sense, few cities know the blues more than the inhabitants of the world’s former murder capital. Once synonymous with drugs and bloodshed, and the recent winner of the biennial World City Prize that is routinely mentioned as one of the planet’s most innovative cities, Medellín now provides an unbelievably vibrant and colorful stage for the increasing number of foreign visitors it’s now receiving.

As I rode into Medellín from the airport at night with my girlfriend Jacque – a native of the “City of Eternal Spring” – and three of her friends who picked us up, they casually pointed out the advances making Medellín so modern. A new bridge (one of the largest in Colombia) and the diverse public transport options, like the Metro and the MetroCable chair lift, have helped revolutionize the city.

While they showed me these innovations, of which they are understandably proud, I found myself more struck by a simpler observation. There are people everywhere out in the streets.

In any given barrio at any hour in Medellín, you’ll see women gossiping on their porches, friends drinking together out in the open on plastic chairs, and children playing soccer in gated fields.

“The communities have been the ones really responsible for the city’s turnaround. Corrupt politicians and street crime still exist, but it’s being kind of mitigated by the strength of the communities,” our friend Andrés said as we were plunging into the heart of the valley, surrounded by a spectacular wall of lights from the city’s landscape, which reaches up and over mountainsides so steep it seems incredible that the buildings don’t slide right off in a light wind.

In the daytime, Medellín’s lateritious sprawl of houses in the skinny valley sets a gorgeous and entirely apt setting for a city on the rise.

If there is a constant in truly great cities it’s that the neighborhoods in the metro area become their own pockets of personality. This is particularly true in Medellín’s case where, for example, the more upscale and touristy El Poblado feels entirely different than the Laureles commune, where you can catch one of Medellín’s two soccer teams playing and later head to Carrera 70’s string of bars for a postgame celebration.

One common characteristic between the differing neighborhoods is the nightlife. Though the two communes mentioned are some of Medellín’s most well-regarded for nighttime fun, anywhere you go here you’ll find people ready to socialize.

Did I mention people are out in the streets constantly?

One Friday night we went to Sabaneta, a small municipality about 20 minutes from Medellín’s center, where the streets were packed with people drinking and dancing. Dominated by a white church in the middle of town, the rest of the landscape was pure, old-fashioned hedonism. Bars were filled with people spilling out every which way, and food stands with grilled meat wafted up amazing scents into the air.

This is the other thing that makes Medellín so magical: the food.

Since it’s the food I eat at home, I was lucky enough to have a cheat sheet and know what to expect – or more importantly, how much to expect – when it comes to the country’s cuisine. Breakfast usually consists of reheated rice and beans, a protein like pork, cheese, and an arepa — the flour patty that is so culturally ingrained into the Antioquia region that a popular expression states someone or something is más paisa que la arepa.

If you’re not ready to go back to bed already after all that food, then just wait until lunch hits you.

The traditional bandeja paisa is a smorgasbord of glorious excess that epitomizes the quantity, and non-complex quality, of Colombian food. The dish features not only everything you just had for breakfast, but three types of meat (usually chicharrón, blood sausage and ground beef), as well as fried plantain, avocado, and even a fried egg.

Colombians, it turns out, are the only people capable of turning gluttony into a virtue.

These traditional dishes, along with sancocho – Colombia’s take on chicken stew – show off the mountainous influences of a people that need food to be cheap yet filling enough to fuel a day’s work.

Another great influence comes from the coasts. During our visit, we wandered into a Caribbean restaurant in downtown’s La Minorista, one of Medellín’s large market plazas, that was recommended to us by a friend who runs his own stand at the plaza.

During a birthday lunch for my girlfriend’s mom, I put my trust in the family to order for me at La Sazón de Mila. This is not a place you’ll find on TripAdvisor, but it’s well worth the hunt.

Four Caribbean women cooking inside the stall crowded with customers was a good sign. Then came the swarms of food. There wasn’t even enough room on our table for all the dishes, drinks, and condiments that the women piled in front of us.

Our starter was, by a good margin, the best dish I had during my time in Colombia. The huge caldo de pescado (fish stew) was a mix of simple citruses and herbs with yuca, plantain, and fish bits that all somehow combined to make flavors I had never tasted before. We then feasted on whole fried tilapia and a side of mazamorra, milk with maize grains that is eaten with a spoon like baby food.

As unspectacular as all these dishes may sound in style, they deliver incredibly impressive taste.

That’s really what Colombian cuisine and culture are. There are these common ingredients that you see everywhere in Latin America, but it’s the mixture of them all together in such an audacious amount for a cheap price that makes Colombia special.

These are foods so unpretentious and yet so natural to the environment here that it makes ad phrases like “artisan” and “farm-to-table” sound hilarious and obsolete. We’re talking about simple grains, simple proteins and a solid amount of fruits and vegetables that produce delicious results.

That’s why some of the best foods here, like in anywhere in the world, are made at home. A lunch at my in-laws’, a home with a back alley entrance in a neighborhood adjacent to Pablo Escobar’s old stomping grounds that used to be the most dangerous area in the city, was another simple but fantastic meal.

“Look at Michael being so humble,” Jacque’s aunt said to the family as I eagerly took down a huge bowl of reheated red beans, rice and the always delicious chicharrón.

This was the word – “humilde,” or “humble” – that people kept bringing up to me in Colombia, as if I was constantly being tested as a Gringo to see how stuck up or conceited I was.

Colombia has improved, to be sure, in terms of street violence. But this is still a third-world country where a lot of people have very little. The working wages here are terrible, which is why everything for foreigners seems so cheap.

When I was in Medellín, it marked the beginning of the government’s planned peace deal with the notorious FARC, whose soldiers had begun to hand over weapons and reintegrate back to society, marking the supposed end to a 50-plus-year civil war.

The city strongly opposed the peace deal during last year’s nationwide vote, which rejected the deal before President Juan Manuel Santo pushed it through a subservient congress. Many here remain skeptical that peace will come or that the government has the capability to effectively ensure it.

On the verge of another hopeful era that marks a supposed end to a separate type of violence, Colombia’s often bloody history seems to be entering a more stable stage. Perhaps nowhere in the country is as representative of that turnaround as Medellín. A place once synonymous with images of bodies covered by bed sheets and countless flows of cocaine is redefining what it should be known for.

It’s no secret that it has suffered, but instead of trying to rewrite history or suppress an ugly and bloody past, it wears the scars with a blunt deference. When the friends I met here talked about Pablo Escobar or the decades of violence, they commented in very matter-of-fact ways, neither insulted that the subject came up nor trying to promote the cartel leader as a gimmick.

This whole place feels like a song waiting to be written. Neighborhoods that once made “bad neighborhoods” from other cities look like Disneyland now teem with Colombia’s great excesses of food and dance. A people and a city that have been to hell are the ones that ultimately know how to really enjoy the good times.

For me, it is the perfect Latin American city.

Coming to Medellín, I had heard a lot of hype about how great the city was. This constant praise came not just from my girlfriend, who will admit her hometown bias, but from North American travelers and Costa Rican friends that had come here and loved it.

It’s not just how surprisingly good the food is or how willing the people are to share their culture, or even how much there is to do here. It’s all of that coming together at once that makes Medellín beautifully contradict any of the preconceived thoughts people have of it.