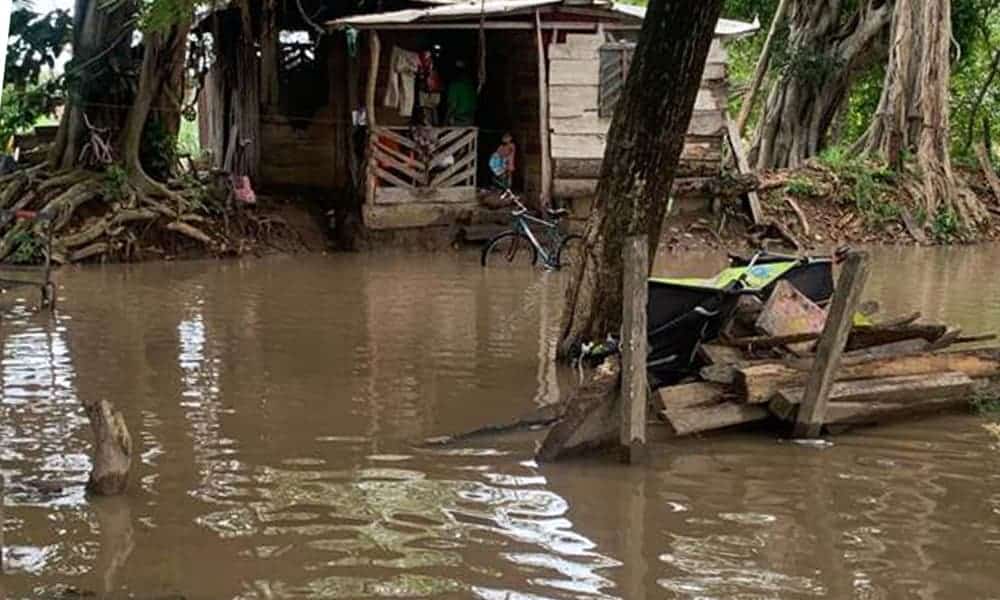 On Friday, several incidents were reported in the Heredia province because of the heavy rains that have hit the country. Locals were affected by an intense downpour and a thunderstorm, which caused major flooding.

Flooded streets, trapped cars, and roofless houses are some of the events reported on Friday afternoon.

Authorities estimate that the phenomenon lasted about one hour and caused a very intense rainfall in a very short period.

The Fire Department responded to a river overflow behind the Perimercados in Heredia, and rescued people trapped inside a vehicle. Additionally, the Red Cross rescued two people trapped inside a car after a tree fell on top of it due to the strong winds. They were both assisted at the scene and did not require to be taken to a hospital.

Officials had to remove water with rags and buckets from their offices in the administrative building, Dean’s office, and the Student Life building. Fortunately, there are no significant damages and no risks to students, teaching, and administrative staff.

“The cause of the strong winds, sudden rain, and hail was a cumulonimbus cloud. These are dense and powerful clouds, of considerable vertical dimension, shaped like mountains or huge towers,” explained Daniel Poleo, meteorologist of the National Meteorological Institute (IMN).

He also indicated that the National Meteorological Institute had announced heavy rains with thunderstorms for Friday afternoon, especially in the North and South Pacific.

Residents of the Central Valley and the northern zone should also remain alert because the possibility of landslides will increase in areas close to the mountains.

Experts from the National Meteorological Institute warned that flooding might occur in the surroundings of Quepos, south of San José, south of the Nicoya Peninsula, and the South Pacific.

On social networks, locals showed videos of the flooding and hail that also fell.

“It’s been tremendous; we were coming from San Rafael, and hailstones were falling. We asked God to help us get home,” said one of those affected.

The National Emergency Commission (CNE) maintains a yellow alert throughout the country except for the Caribbean.

“We call on the population to remain cautious and in case of emergency to call 9-1-1″, mentioned the authorities.