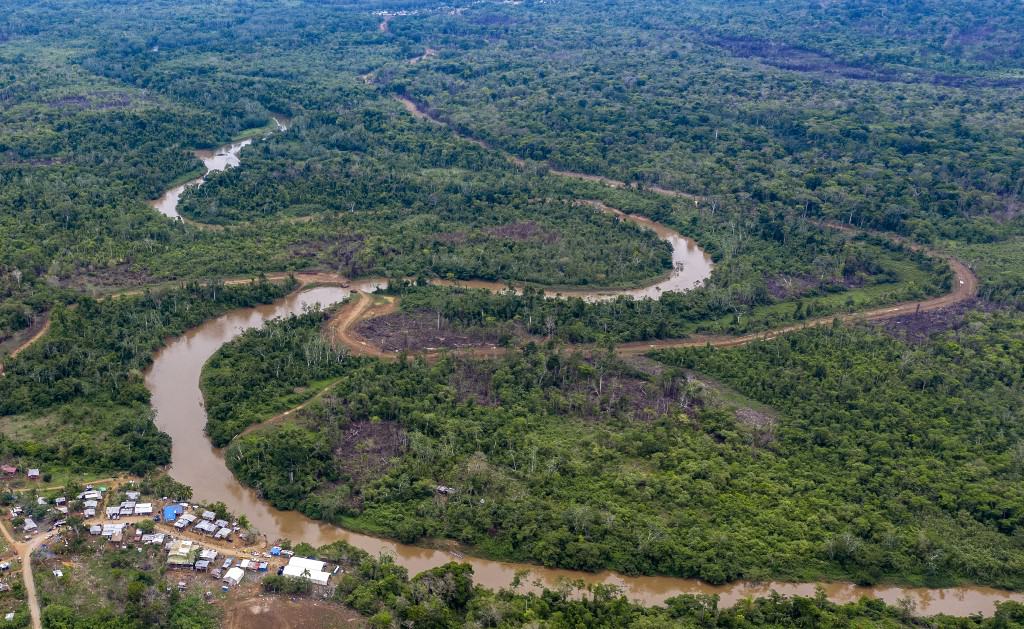 Some 40 migrants advance in a group towards an illegal crossing on Venezuela’s border with Colombia, the first stop on a visa-free journey to the United States on an odyssey on foot that will include the dangerous Darien Gap.

“Fear is sometimes forgotten in order to get better things in life,” Eiden Serrada, an 18-year-old in the platoon, tells AFP, aware of cases of deaths, disappearances and abuse in the 266 km jungle passage between Colombia and Panama, increasingly attractive to Venezuelans.

This crossing, according to the International Organization for Migration (IOM), was crossed by some 28,000 Venezuelans in the first half of 2022, a giant leap compared to just over 2,800 in 2021.

Near the trocha, as they call illegal border trails in the area, Venezuela and Colombia reopened the border to cargo vehicles after reestablishing diplomatic relations.

But nothing changes for the travelers. A register of the Observatory of Social Research on the Border (Odisef) estimates that barely 1% have a passport, a document that costs 200 dollars, so they cannot use formal crossings.

More than six million Venezuelans have migrated since 2015 due to an unprecedented economic crisis, estimates the UN, although the government of Nicolas Maduro dismisses that number.

The phenomenon of migrants on foot emerged strongly in 2017, with routes to other Latin American countries at first, but the United States has become a sought-after destination.

Venezuelans, in fact, got caught up in the political battle in that country, with Republican governors sending thousands of migrants to Democratic strongholds to protest the policies of President Joe Biden, accused of turning the border into an uncontrolled sieve.

From “one day to the next,” Jonathan Gil started walking.

“I needed to buy food for my mom and since I didn’t have the money, I felt bad, and I told her: ‘Mommy, I’m going to the United States and when I’m there I’ll send her everything she needs,'” the 24-year-old ex-military man told AFP on the road to the border town of San Antonio (Táchira state).

Jonathan left six days earlier on foot from El Tocuyo, a town some 600 km away, with his partner, a friend and a 15-year-old boy. They walk in flip-flops, with small backpacks, and carry a dog.

Hours later they stop at a migrant shelter in San Antonio, run by the Catholic Diocese of San Cristobal and the IOM in a project born in 2018. There they have food and bed… at least one night.

With 19 bunk beds and two playpens for babies, the shelter receives migrants, to whom they give water purification tablets, soap, sunscreen and other items that will help them on the route; talks about protection mechanisms and international organizations that can assist them; and legal advice.

“Help us to eat! We are walkers!” a man shouts the next day on the streets of San Antonio with his one-year-old girl in his arms. His family is the first of four groups, all with minors, to arrive at this shelter that morning.

Businesses in this town of 60,000 inhabitants offer bathrooms and showers for 4,000 Colombian pesos (one dollar), since the depreciated Venezuelan bolivar practically disappeared at the border. The bus terminal is used daily by travelers who start their journey abroad on foot or return, also on foot, to Venezuela.

A thousand migrants pass through the shelter every month, says Cristhian Pastrán, spokesman for the diocese, to AFP, who emphasizes that the flow is increasing and mutating: “it is no longer only outgoing, but also return”.

58% of the groups of migrants counted by Odisef between June and August were leaving and 42% were entering a country whose economy gained oxygen after the relaxation of asphyxiating controls.

Almost half of these migrants were children and adolescents, who are highly vulnerable to human trafficking. Posters and pamphlets warn of this danger at the shelter.

The diocese has another shelter – focused on victims of trafficking or sexual abuse – and seven mobile assistance points. Up to 10,000 people, Pastrán notes, have been assisted in a month by the entire network.

Belén González, 25, arrives at the San Antonio shelter with her little girl and her husband, on her return to the country on foot after migrating to Ecuador in 2020. Her husband became unemployed.

“We didn’t have enough money for the rent and they took us out to the street,” she says.

In an endless route, returnees like Belén contemplate migrating again without a visa, now with the Darién on the horizon. “We don’t know if we are going to leave again. We are thinking about the United States.