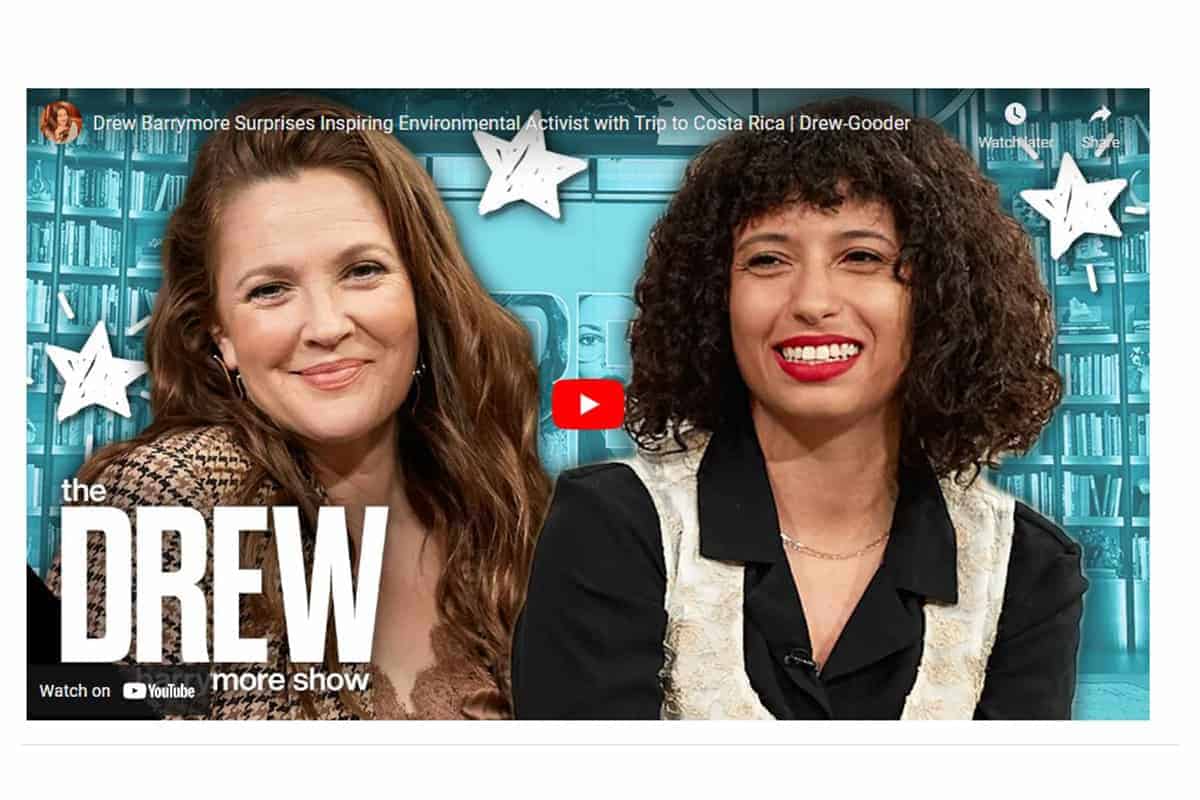 Costa Rica was featured on The Drew Barrymore Show. The actress presented Costa Rica’s natural beauties during the premiere week of the third season of the popular entertainment and talk show on the U.S. television network CBS.

“From the marketing area, we constantly devise actions that allow us to connect with the best prospects or tourists with high interest in traveling to our country. What better way to do it than in a space like The Drew Barrymore Show, where the hostess also shared her own positive experience enjoying our natural beauties” during a vacation several years ago, said Carolina Trejos, Marketing Director of the ICT.

Drew Barrymore said she visited the country in 2019 with her two daughters and immediately fell in love with it. She “was amazed at how sustainable and progressive it was.”   The U.S. actress pointed out she had a wonderful time canopying, going to the beach, surfing, and visiting waterfalls.

The special guest who received a trip to Costa Rica was recognized as an “environmental justice advocate” for her passion for nature conservation and community development, principles that align with Costa Rica’s tourism model. During the pandemic, she launched her “Sustain frame” business to spread environmental and climate awareness by partnering with small business owners and performing acts of community service.

For instance, last February, she partnered with a restaurant in Austin, Texas, to prepare meals for more than 1,200 people.

Costa Rica’s presence as a tourist destination on The Drew Barrymore Show is part of the strategic promotional actions that the ICT has devised in the United States under the creative concept of Summer of the Sloth.