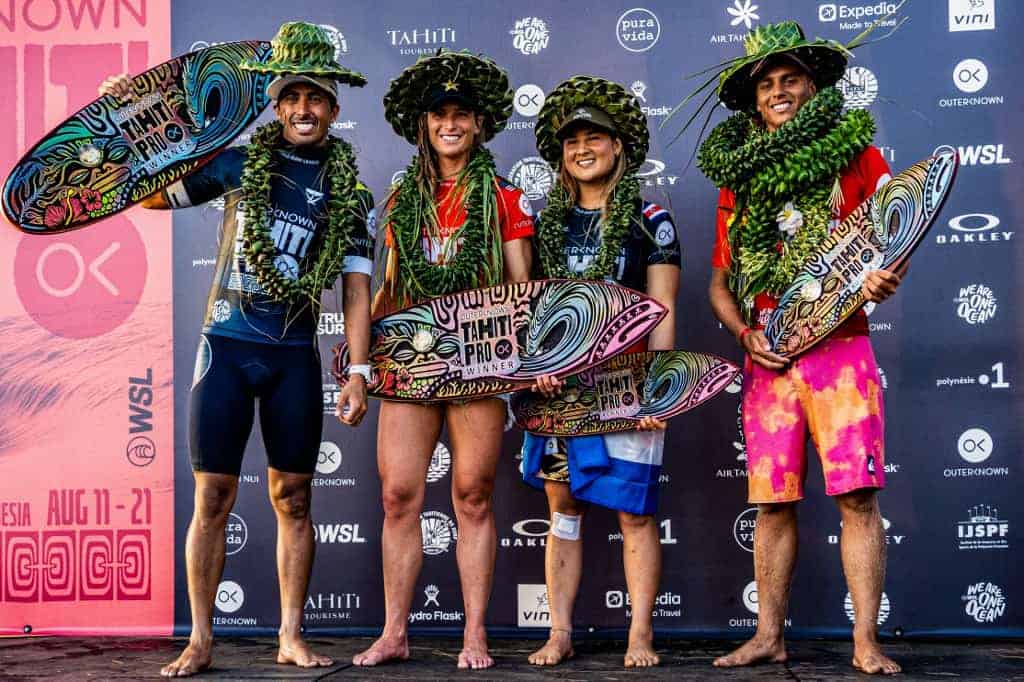 Costa Rican surfer Brisa Hennessy finished second in the tenth stop of the World Tour 2022. With an extraordinary performance, the Costa Rican finished her performance and climbed to the fourth spot in the world ranking.

Hennessy was defeated by American Courtney Conlogue 11.67 to 5.20. Although she could not beat the U.S. surfer, she showed a lot of determination and a high level throughout the tournament.

Brisa is the first Costa Rican to qualify for this stage and the first Latin American surfer to participate in the final round of the Championship Tour under this format.

In addition, she managed to secure her place in the final event of the 2022 World Tour, which will be held in California, USA, in early September. She will face Carissa Moore, Johanne Defay, Tatiana Weston-Webb, and Stephanie Gilmore in the said competition.

The Costa Rican surfer faced Australians Stephanie Gilmore and Isabella Nichols in the opening round. After finishing second, she competed against Gabriela Bryan in the playoff of the Outerknown Tahiti Pro tournament. She beat Bryan thanks to a last-minute tube, which the judges rated with a score of 7.00.

Then, in the quarterfinals, her opponent was Lakey Peterson. This clash was crucial for Hennessey because if the US surfer won, she would be out of the Top-5 of the world ranking. Fortunately, the Costa Rican surfer won with a total score of 10.10.

In the semi-final, Brisa managed to defeat local Vahine Fierro. The Costa Rican athlete was dominant during the competition.

“We did it! Thanks to all of you for the support; it feels amazing from here! Vamos Ticos!” said the world-class surfer through a social media post.

Hennessy thanked all the support and love of the Ticos, who have been cheering her on.

Brisa Hennessey’s excellent year is a source of pride for the country. Her achievements result from her effort, passion, dedication, and commitment. She is an example for all athletes.