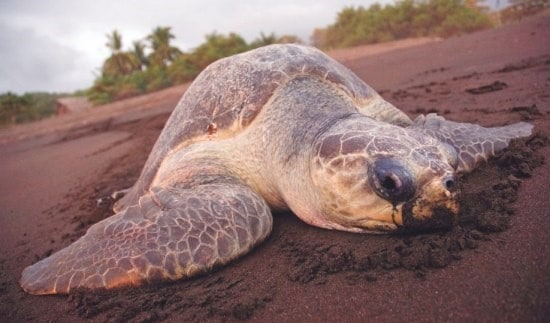 Thirty years ago I had just arrived in Barra del Colorado, Costa Rica to begin my new life. Back then and even today the Barra was a small coastal pueblo in the Jungle, a few miles south of the Nicaraguan border and isolated from much of the other parts of the country. There were no roads, no cars, but miles and miles of rivers, lagoons, and creeks winding through the dense jungle foliage that could take you 100 or more miles or get you really lost if you didn´t know where you were going.

I prepped myself well for my new life. On my brother’s recommendation I read Herman Wouk’s “Don’t Stop the Carnival,” about a city guy from the U.S. who threw in the towel and bought a small resort in the Caribbean. The book is an endless tale of his misadventures with employees, the locals, and guests. I highly recommend the book and have read it several times over the years.

I also read most of Dr. Archie Carr’s books. Dr. Carr set up the Caribbean Conservation Cooperation in Tortugero, the next pueblo south of Barra, a sea turtle research project in 1955 and wrote extensively about Sea Turtles, the Caribbean coast of Costa Rica, and the people who lived there.

There were about 800 villagers that lived on both sides of the Rio Colorado and they were a mix of Spanish, Jamaican, and Indian. They spoke all three dialects of their native country plus a mixture of all three that only the locals knew and mostly made a living fishing. They also had a sophisticated non-verbal language made up of hand signals.

I quickly learned a typical hand wave like as to say hello meant come here and every time I waved hello to someone they came over to me. It was tough to break the wave habit.

Their grandfathers were turtle hunters. Every year and the green turtles arrived to mate and later nest on the beach they would go out in small boats and harpoon them. The harpoon would only penetrate the shell and the fishermen would then carve their brand into the turtle’s shell and keep them alive for when the ship arrived to pick up everyone´s turtles.

The ships would travel the coast picking up turtles, place them on the deck on their backs and carry them to the Kraals, turtle pens in Key West, Florida until they were ready to be slaughtered.

The giant hurricane on Labor Day 1935 that took out the railroad between Miami and Key West also destroyed the Kraal and washed hundreds of turtles back into the ocean. The following year turtle fishermen caught the same turtles that already had brands on them.

They had gone to Florida on the backs, got blown back in the ocean by a powerful storm and navigated around Cuba, down the Caribbean coast and back to Costa Rica. Now that is some navigation skills. Turtles can travel hundreds if not more than 1000 miles to return to the same nesting beach each season.

At the time, there were only three gringos living in Barra. Bill Barnes at Casa Mar, Ed Fields at Rio Colorado and myself. Bill and Ed pretty much stayed on property but I ventured out in the pueblo and mixed with the locals. It is there I learned the mystical powers of Guaro, which I only mention because it relates to this story.

I lived on the southern side of the river. It was less populated than the north and the airport was there. The daily flight from San Jose arrived at 6:00 am each day bringing fishermen and supplies to the village. I used to walk to airport which the path crossed in front of the Cantina. Occasionally on my way to the airport and especially on the weekends there would be people laid out sleeping in the grass. One morning I pointed at one as one of my employees walked with me to the airstrip and his one word reply was, “Guaro.”

Guaro is like a commercially made sugar cane moonshine that at that time was about $2 a liter. If you read the alcohol content it is not so high but it certainly has other properties that as the song says. “take a trip and never leave the farm.” It was doing shots of Guaro in the Cantina that lead me to the beach that night.

I heard, Tortuga, noche, and playa, which were three words I did understand, turtle, night, and beach and I said, “I’m in.” I had done volunteer work with turtles in Florida years before and thought of Dr. Carr´s writings and thought it would be really cool to see the nesting turtles. It was agreed to go the following night.

Eight of us, men and women from the pueblo piled into what was basically a 30 foot hollowed out tree with a 25 horsepower Yamaha strapped to the back and headed up river to where the Rio Colorado met the canal that was dug years ago parallel to the beach making it possible for all the people to the south to transport goods and people between villages easier and safer. Between the canal and the beach was a dense jungle.

About halfway to Tortuguero the boat driver pulled over to the jungle on the left side of the canal. We all got out and I followed in the middle of the group and we walked through the dense jungle towards the beach. It was spooky. The mosquitos and no-see-ums seemed to like my gringo flesh more than the local flavor.

I thought about the jaguars I read about that go to the beach in turtle season and the snake the locals called dos-pasos, or two step, the bushmaster, because they say if you get bit, you have two more steps before you drop.

We arrived at the beach. I didn´t think much of the men carrying machetes, as it was a very common tool used for so many things. I did wonder about the one carrying a coil of rope over his shoulder and couldn’t image what the use would be on watching turtles nest. I would soon find out.

We walked for nearly two kilometers toward Tortugero before we came upon a turtle who had already nested and was making her way back to the ocean. One of the women ran over and plopped down on its back like riding a bull. At this moment I realized this was not just a turtle observation operation.

Looking at the animal which was probably close to 300 lbs, I thought, just how are they going to carry that thing two kilometers back to the boat. As I would learn and see time and time again over the five years I lived in Barra, that jungle people are extremely resourceful.

The man with the rope uncoiled it and since the boat was to the north, he tied it to the front left flipper of the turtle and let it crawl back in the ocean. Then as it began to swim away, he led it like a dog on leash along the edge of the ocean until they reached the spot where the boat was. It was then a group effort to carry it through the jungle and placed it in the boat.

The next morning as I headed to the airport the group was at the edge of the river dressing out the turtle. They used everything. The fins, the meat, the organs and even turtle tripe from the intestines. Nothing was wasted.

A couple days later a young woman with caramel skin who looked like a young Whitney Houston knocked on my door and had enough English to tell me her mother wanted to invite me to their house for dinner. I gladly accepted.

I sat in the humble wood frame house and before me was placed a plate with rice and beans cooked in coconut milk and enough Habanera pepper to open your eyes but not send you chasing a glass of water accompanied by fried plantain. There was a meat that looked like beef, also prepared with coconut that was so tender you could cut it with a spoon.

I am not fond of hate mail so I won´t mention how it tasted but I will say I didn´t go on anymore middle of the night runs to the beach.