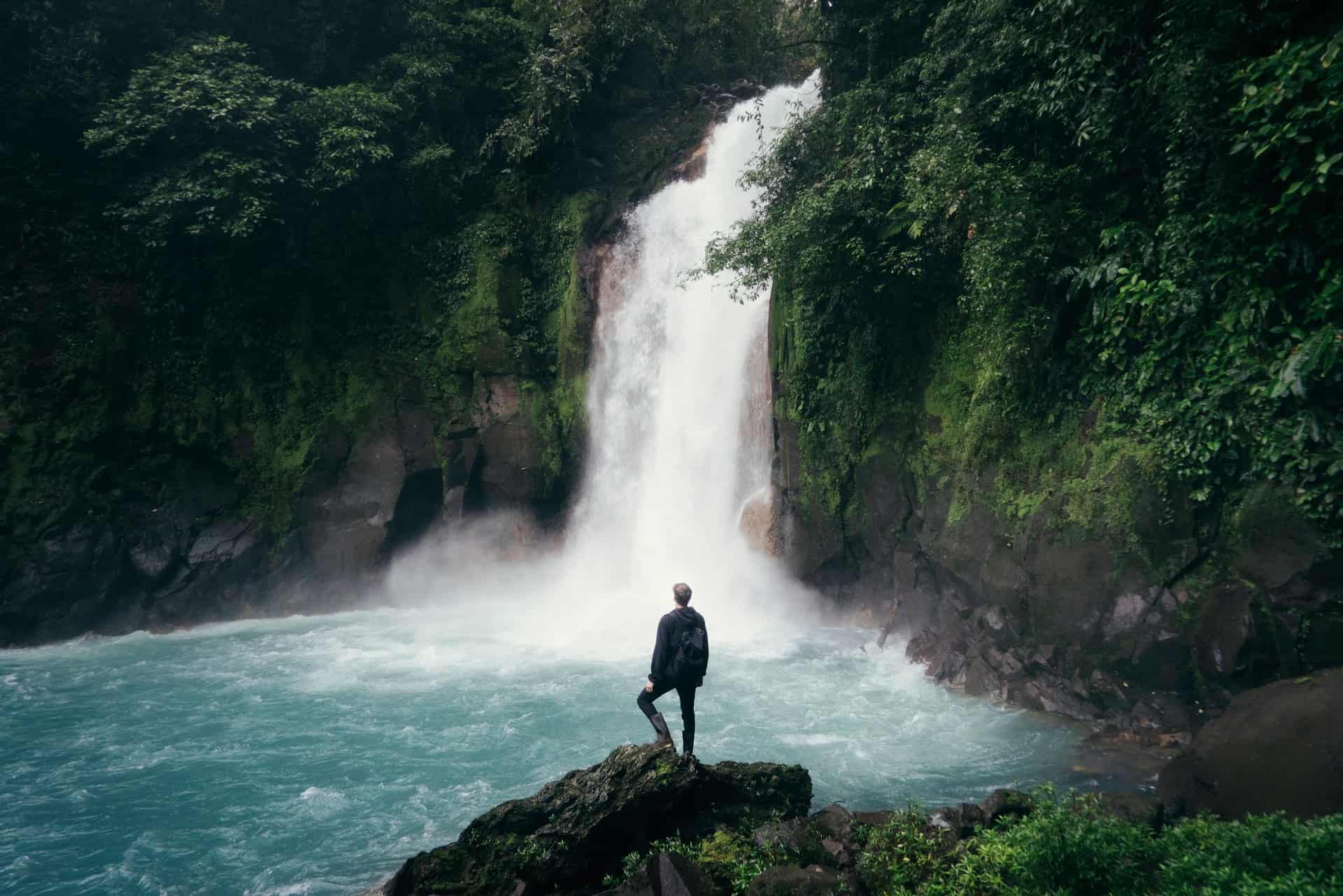 When I tell people that I have lived in Costa Rica for 42 years, they inevitably ask me, “What brought you here in the first place.”

I begin by telling them that my dream to live in paradise began as an undergraduate at U.C.L.A. when I was awarded a scholarship to study in Puebla, Mexico. That experience proved to be a watershed moment as I discover my love for Latin America and its fascinating culture. I immediately knew that I wanted to fulfill my dream by eventually living somewhere south of the border. Thus, the search for my future home began.

At the time I was only twenty years old,  had to finish my undergraduate studies and really had no way of supporting myself while living abroad (The possibility of being an Internet nomad and working remotely was not an option then). So, the only choice I had at the time was to become a Spanish teacher and use my three-month summer vacations to continue honing my language skills abroad and to explore Mexico in depth as I searched for a spot where I would eventually settle. During my travels I visited almost every exotic beach and inland region of said country.

While roaming around Mexico I came across San Blas — a lovely little fishing village in the State of Nayarit, Mexico. I ended spent two Christmas vacations there soaking up the sun and guzzling Mexican beer. While there I met an American who had traveled by motorcycle through Mexico and Central America.

All he could do was rave about Costa Rica which piqued my curiosity.  I was enamored with Mexico and its people but was always curious to see what the countries to the south were like. So, I bought a ticket to Costa Rica as soon as I had a couple of free weeks to explore the country.

In the summer of 1978 I began my maiden voyage on LACSA (Costa Rica’s former national airline).  Upon arrival, I immediately noticed there was something different about the country. I basically traveled around the country blindly since there were no travel guidebooks in print at that time.

First, I visited the capital city of San José. Then on a whim I went to the Shangri-la-like Orosí Valley to the east which proved to be an excellent choice. I then went to Puntarenas, Jacó, Quepos and Manual Antonio. Believe me, at that time it was not easy to get from point A to point B because of the dismal state of the country’s roads and infrastructure. Everything was a real adventure in those days.

After my initial trip the country grew on me so I visited almost every chance I could get and stayed a little longer each time.

At that point in my life there only remained one more thing I needed to do before choosing Costa Rica: I had to see if there was any other country in Latin America that was better for living.  So, I took a six month leave of absence from my job and set out to explore South America.

First, I flew from Costa Rica to Rio de Janeiro. Then I spent a couple weeks touring Argentina with some Argentine friends who I had met in the States. Then I spent the next two months  checking out Uruguay, Chile, Bolivia, Peru, Ecuador and Colombia. All of these countries had something to offer, but as a whole none could “hold a candle” to Costa Rica.

Costa Rica’s friendly people, year-round spring-like weather, proximity to the U.S., natural beauty, lack of a military and peaceful traditions, opportunities for expats to start a business at that time, vibrant culture and unique pura vida lifestyle all combined to make it an overwhelming choice for my new home.

I have never regretted my decision for an instant and feel extremely fortunate for having fulfilled my dream of living in what I feel is the best country on earth. Incidentally, I have a very wealthy Canadian friend whose hobby is travel. At one time or another he has visited every country in the world. I asked him, “What is the best country you have visited?, ”  to which he quicky replied, “Costa Rica.”  He then asked, “Why do you think I live here?”

For information about Costa Rica and the best way to explore the country contact Christopher Howard at: [email protected]