Costa Rica is Fantasy Island for some expats 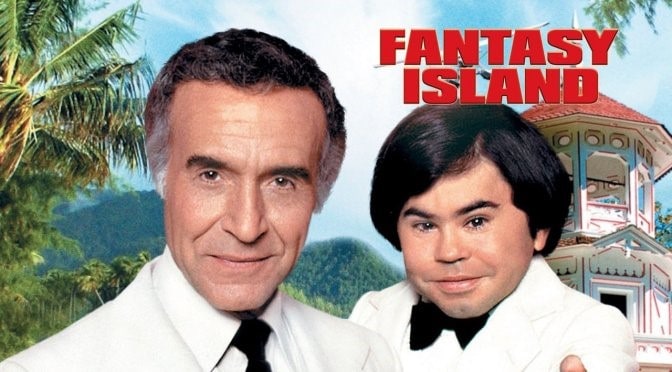 Airing from 1978 to 1984, Fantasy Island was a television starring Ricardo Montalbán as Mr. Roarke, the overseer of a mysterious island in the Pacific Ocean, where people from all walks of life could come to live out their fantasies, but a hefty price. His assistant was a dwarf by the name of Tattoo,  played  by the late French actor Hervé Villechaize.

You probably ask, “What does this series have to do with Costa Rica?

During the 40 years that I have lived  in Costa Rica I have seen many expats move here, reinvent themselves and adopt a lifestyle filled with fantasy. Many do this by adopting an alias.

Speaking of aliases even today some expats have nicknames according to the towns, states or countries from which they came. For example, Indiana Jack, Boston Dave, Canadian Mike, Dallas Tom, Vegas Bill, New Jersey Ed, and Miami John, etc.

Why? Some come because of tax problems, others are misfits, a lot of guys trying to to start over, dodge a bad divorce or alimony payments to hold onto some of their money. Very few are hardened criminals have relocated here over the years.

Those who did were extradited. Perhaps the most famous scoundrel was Robert Vesco who fled here in the 1970s and stealing about $250,000,000. At time the current extradition laws did not exist or were not enforced. Vesco was eventually kicked out of the country and eventually died in Cuba.

Let’s look at a few of these unusual characters

One guy who came here was supposedly a highly decorated Vietnam veteran. When he got here he said that he was a sergeant. Years later he claimed to a coronel. I guess he enjoyed promoted himself.

Another person got into some trouble in the financial world while living in a Caribbean tax haven. He  reemerged here as a real estate salesman.

A corpulent gentleman by the name of Fred Smith claimed to have participated on the Olympic boxing team in 1968. A friend did a background check on him and of course his story proved to be false.

Then there was a guy from Texas who owned a couple of bars here. He was said to have worked as a chauffeur for a millionaire back home. In turns out that he was a former hitman who fled here after murdering his wife. He was later murdered in Ecuador under mysterious circumstances.

One Canadian bragged so much about his accomplishments that he would have had to been to around 250 years old in order to do all that he said.

Stories abound about other expats reinventing themselves and embellishing  their accomplishments prior to relocating here.

You can learn learn about many of these characters and scoundrels who have resided in Costa Rica over the years in The Costa Rica Chronicles from 1980 on: The good, bad and ugly people and places.

It can be ordered from Costa Rica Books: or from amazon.com

For more information about life in Costa Rica or To have your questions answered, talk with Christopher Howard at

CHoward
Share
Facebook
Twitter
WhatsApp
Email
Previous articleHydroponic gardening in Costa Rica: How to get started
Next articleHow to retire as cheaply as possible in Costa Rica