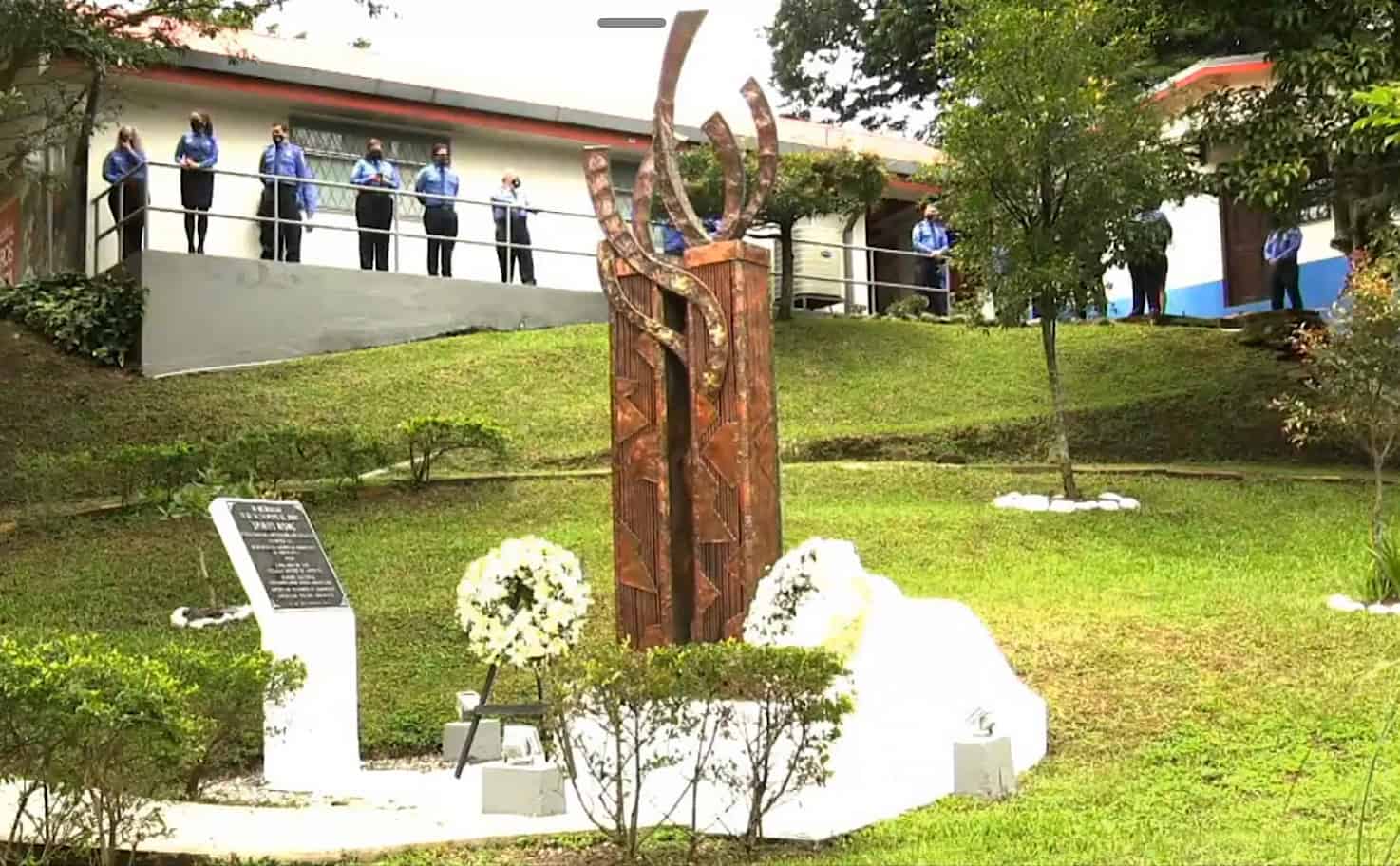 The U.S. Embassy and Costa Rican authorities on Friday paid tribute to the victims of the September 11 terrorist attacks with a wreath-laying ceremony at Costa Rica’s National Academy of Firefighters.

The event began with the playing of the U.S. and Costa Rican national anthems, followed by remarks from the Firefighter Corps and Marcos Mandojana, Chargé d’Affaires of the U.S. Embassy.

“These horrible attacks on our liberty and democracy — and on all democracies — still resonate 20 years later,” Mandojana said. “They remind all of us that we must remain firm in our defense of our democracies.

“Though we can never erase the pain caused on September 11, we can honor the sacrifice of the fallen on that day and of those who have fallen in the name of liberty and security since then.”

In recognition of the 20 year anniversary of the attacks, the Firefighter Corps gifted the United States a commemorative firefighter’s helmet.

“Today, we commemorate the 343 firefighters who died, and who made the choice to stay in order to keep rescuing people,” said Juan Gabriel Pérez Salguera, president of the board of directors of Costa Rica’s firefighters.

Watch the entire ceremony below:

The National Academy of Firefighters houses the “Spirit Rising” (Espíritu Ascendente) monument, designed and constructed by artist Roland Hockett in honor of the first responders.

“Spirit Rising” was first unveiled on September 11, 2004 at September 11 Park in Sabana Norte. In 2014, it was moved to its current location at the Firefighters Academy in Desamparados.