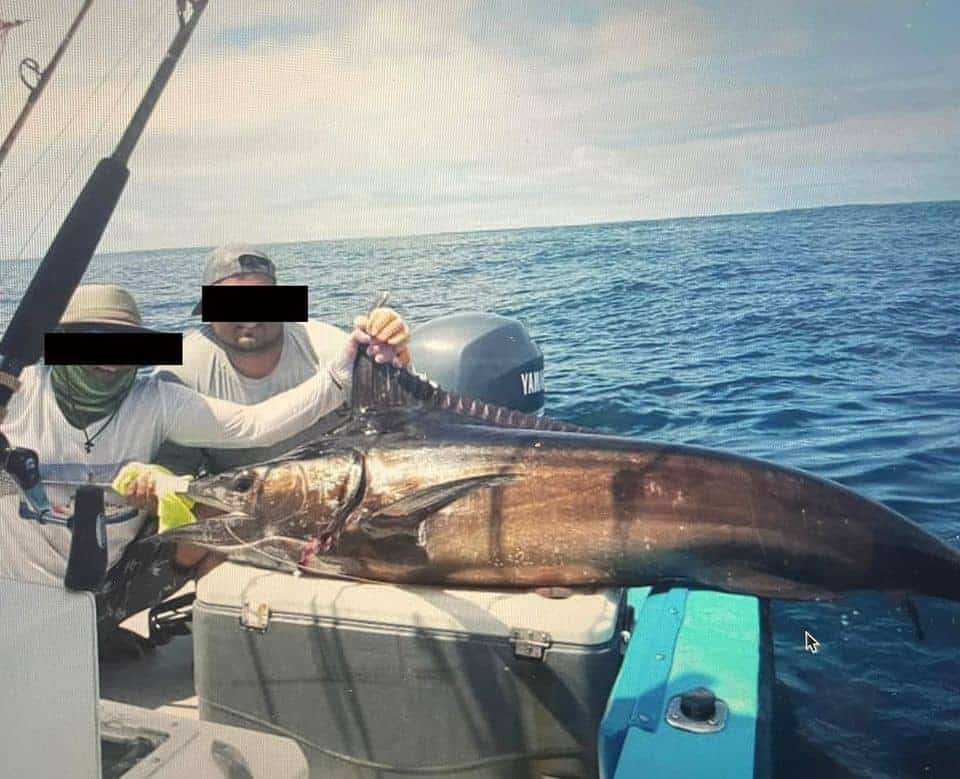 This old fisherman is about to open a can of worms again. I’m sure I will hear about, it but I would be a hypocrite if I didn’t mention it. I’ve come down hard lately on the longline fleet. There are some responsible captains in that fleet and it is the bad ones that do the damage and tarnish the rest. The same applies in the sport fishing and charter fleets. We are not all angels.

Probably the number one thing sport fishermen and charter crews do illegally is pull large fish out of the water for a hero shot photo before releasing the fish. Especially sailfish and at times even marlin.

This greatly reduces the fish’s chance of survival as they are too big to lift out of water and are dragged across the gunnel, removing a protective coating nature gives them. Almost annually, I write about this but the practice is still common even though the fine to do so is 2 million colones. More on hero shots can be found at Costa Rica Fishing: The Evolution of the Hero Shot – (ticotimes.net).

Not respecting the regulations on limits is common, although personally I don’t think the ruling was very well thought out. The ruling is sport fishermen can keep five fish a day total no matter the species as long as it is legal to take, but it is a little confusing how the regulation works.

They used to be especially expensive for tourists but the price has been reduced for eight-day permits (which are now $16.95 and they discontinued one day permits which were $6) and more people are buying licenses for their clients. Boaters also have to have an additional license for their boats and they are very expensive.

Unlike many places in the world where monies brought in for license fees are used for enforcement of fishing regulations, in Costa Rica they go into a general fund. The attitude of many was, if the money is not going to enforcement, it is not fair to be charged so much for the license and if the chances of getting checked are slim, why bother.

Chartering without permits. It is not easy to be a legal charter operation in Costa Rica. There are many licenses and other requirements from the tourist board that are either difficult to get or some don´t want to be bothered. It is difficult to enforce on the water because the people doing the illegal charter will tell the clients to say to the authorities that they are just friends going fishing if stopped and not a charter.

Many of the tourists agree because the pirate charter usually undersold the legal competitors or they don’t understand the possible consequences. Some are bold enough to advertise on the internet. What they may not realize is, if there is an accident and they are not 100% legal to operate, any type of insurance they have in Costa Rica will be null and void. If they advertise on the internet in the United States it opens them up to lawsuits filed in the U.S. where attorneys have much bigger appetites than Costa Rica attorneys.

It is illegal to sell fish for sport fishermen. I completely understand if someone during the Covid crisis was looking for a way to feed his family since not much of a stimulus system exists here and the country was closed to tourism for some time. There are some sport fishers that sell regularly to the back door of restaurants to make extra cash.

This is also an incentive to keep more than the limit allowed. Part of the tuna reform law bouncing around in congress will allow for legal tourist operations to rod and reel tuna commercially during the slow season to supply jobs for many who are unemployed in those periods. Details would have to be worked out but that clause is in the proposed tuna law.

The last few weeks I have talked about how bad fishing practices are damaging the resources of our waters. The majority of fisherman, both commercial and sport live by the rules and are out there trying to make a decent living. The bad ones hurt us all. Ocean management is also a big factor.

As far as I know, in the over a decade the regulation has been in place no one has been cited for pulling a billfish out of the water even though social media is full of pictures of this. I have yet to see commercial fishermen cited for being over the incidental catch limit for sailfish, but it is common.

I have watched all of this unfold for the last 30 years. That is why it is so important for the diputados when they finally vote on the tuna reform law to put Costa Ricans ahead of private and foreign interests and move the foreign tuna purse seiners out at least 100 miles from the coast giving Costa Rican commercial and sport fishing fleets enough room to fish in harmony. 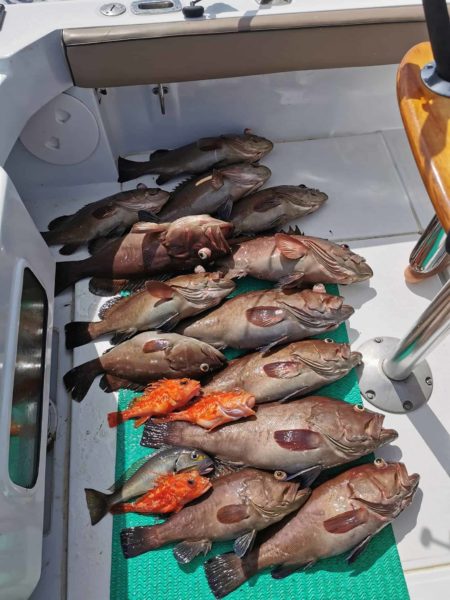 The sad part is that if all sectors worked together, it could be so much better but it works best for some organizations to keep us apart. What needs to be done is all the fishing sectors get together and sit at the same table with the government and have a reform of fishing regulations. Both sectors, commercial and sport are giant economic engines for the country.

The government’s 30/30 plans to have 30% of Costa Rican´s territorial waters protected by 2030. The plan for many is to have these 100% “no take” which means no fishing zones. The thinking is if they are no take zone, they don´t have to be managed as they will just flourish with sea life because nobody will be there. It has never worked before and won’t work now. All it does is keep the honest fishermen out while the illegal fishermen move in unmolested to reap the harvest. People on the water every day has good ideas how to manage these areas.

The only way fishermen have made progress in the past is working together. The first tuna decree moving the foreign boats out to 45 miles was done because commercial and sport fishermen worked together. The recovery of the ocean in that area is well documented. It is time we sat together again and start managing our oceans together. Nobody is going to do it for us and if we don’t get together and continue to throw stones so to speak at each other, we all lose as the ocean go straight to hell.