Eta now a ‘major hurricane’ as it approaches Nicaragua 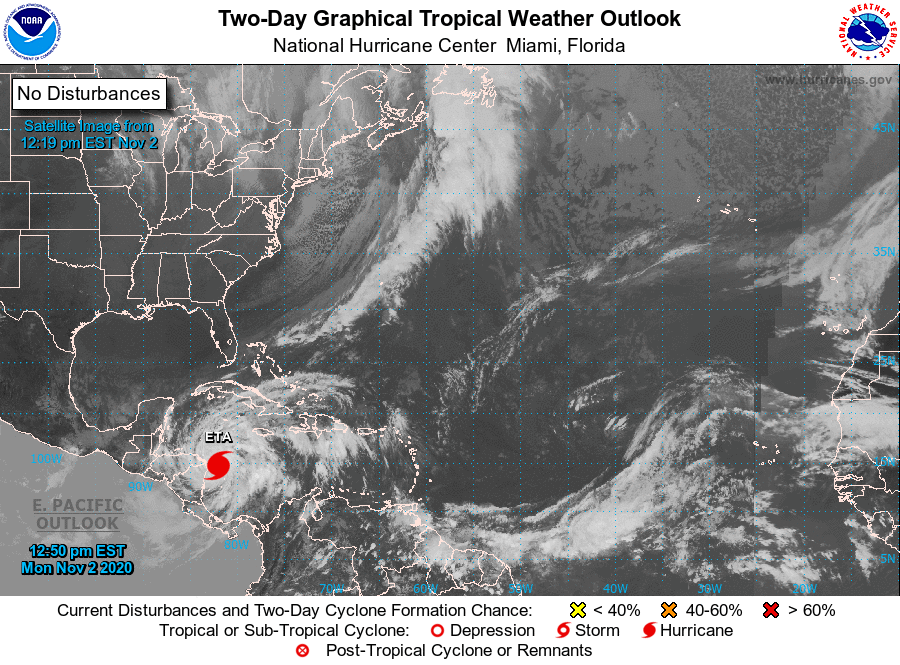 “Eta has rapidly intensified to a major hurricane with maximum sustained winds of 120 mph,” the National Hurricane Center (NHC) of the United States reported Monday morning. “Continued strengthening is expected before it makes landfall along the northeastern coast of Nicaragua on Tuesday.”

The NHC says the northeastern coast of Nicaragua will bear the most direct damage from the cyclone. However, the storm may bring heavy rainfall across much of Central America, including:

“This rainfall would lead to catastrophic, life-threatening flash flooding and river flooding, along with landslides in areas of higher terrain of Central America,” the NHC says.

Parts of Costa Rica have up to a 20% chance of experiencing sustained tropical storm-force winds, per the NHC.

The National Emergency Commission (CNE) of Costa Rica said Monday morning that it has received reports of 32 floods and eight landslides due to the indirect weather effects stemming from Eta. It has placed most of the country — all areas except the Caribbean — under a yellow alert due to anticipated or ongoing heavy rainfall.

As of late Monday morning, authorities are regulating passage on Route 2 and Route 32 due to landslides.

National Police said Monday that they are assisting with evacuations of at-risk families within some communities in Costa Rica’s Southern Zone.

This is a developing story and will be updated further.

How Did San Jose become the Capital of Costa Rica?

Number of Tourists Flying into Costa Rica Increases in 2021

Maracuya: Passion Fruit that is an enjoyable Costa Rica Treat