Is party allegiance dead in Costa Rica? There’s more to it than meets the eye 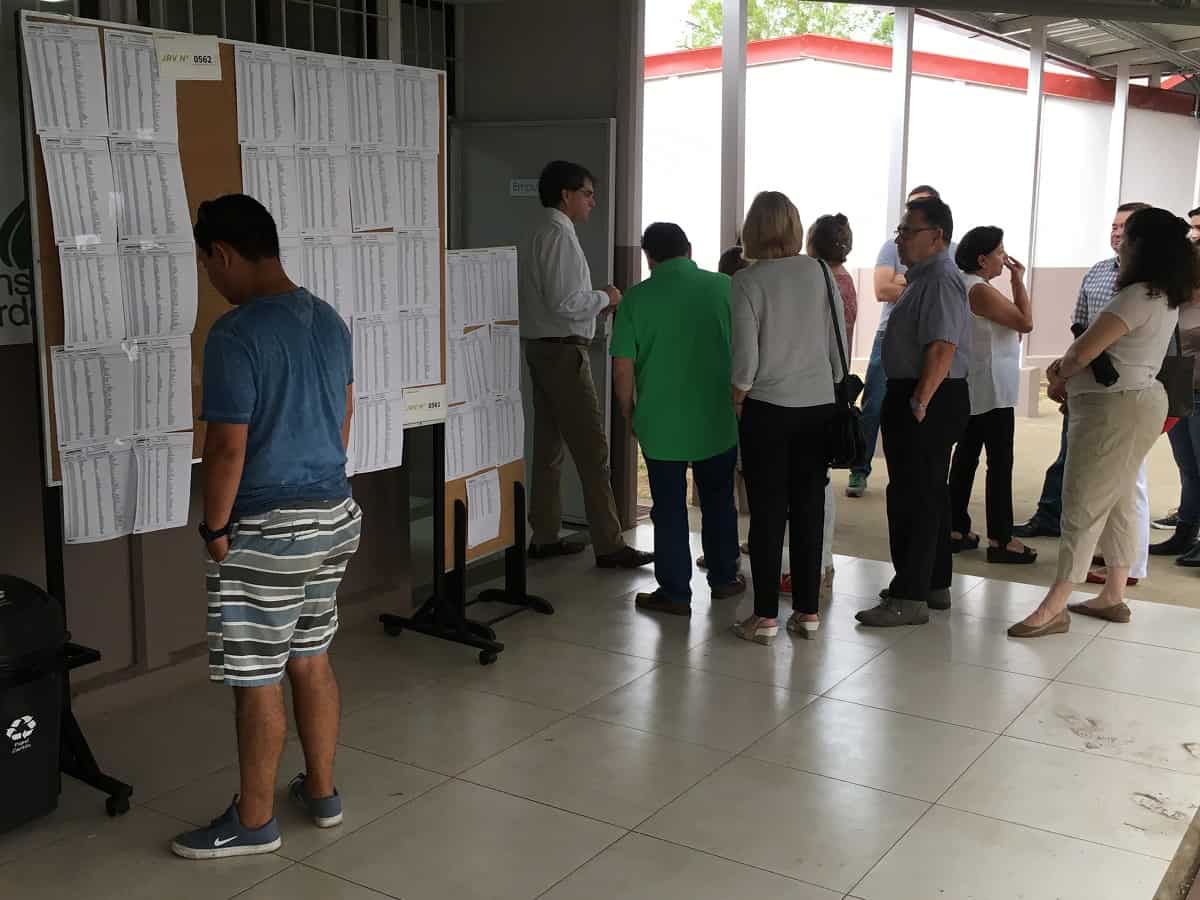 Voters at the elementary school in Cipreses de Curridabat during the National Liberation Party primary on April 2. (Katherine Stanley / The Tico Times)

We just watched the National Liberation Party (PLN) convention unfold. Much was made of the “pure liberacionista vote” from true members of Costa Rica’s largest political organization, as opposed to the participation of people who are actually inclined towards other parties, or members of the large mass of Costa Ricans who declare ourselves free of party bonds (or bondage, depending on your point of view).

Supporters of former President José María Figueres, son of part founder José “Pepe” Figueres, thought that he would prevail if only true-green Liberationists voted – those who can sing the old party song “El corrido de don Pepe,” those whose loyalty to the party is close to religious fervor. That’s why his supporters never tired of warning non-party members about the implications signing their adherence to the party on their way into the voting booth on April 2. They all but told non-members that it was shameful to be a part of the Liberation Party, to avoid the participation of non-liberacionistas in the primary.

In contrast, supporters of Antonio Álvarez Desanti, the eventual winner and Liberation nominee – and of his most prominent endorsement, former President Óscar Arias – called for all Costa Ricans to join the party in order to vote, perhaps trusting that they would receive more support from people who were not party members, whether because of their support for Álvarez or because of the obvious rejection of Figueres by part of the Costa Rican people.

In the end, the numbers suggest that the “conversion” of non-Liberation members was quite slight, and that Álvarez didn’t ultimately need their support anyway.

Recommended: The conversation Costa Rica should be having this election year

I know some people who say they are not Liberation members, yet went to vote in the primary election that gave Álvarez Desanti his controversial victory. We should all know by now how many people voted, but the PLN Elections Tribunal seems to have gone to great lengths to count in the slowest possible way. We don’t know how many people voted, let alone how many of those who voted were already liberacionistas, and how many signed their adherence to the party that Sunday.

I’ll admit it: I’m intrigued by the reasoning that makes a person outside a party participate in that party’s internal elections. It’s as if I went to the Saturday service of a Pentecostal church to which I don’t belong, although that would be perfectly fine, and no religion nowadays is interested in turning people away. The question I ask is whether, after attending that church’s services, I can continue to claim that I am not a part of that church.

Here’s my point. When we talk about the “size of the PLN” or of any other part, we look at its internal roster, which includes people who deny the party but who went to vote in the primary for one reason or another. Or we might look at the number of votes the party received in national or municipal elections. In other words, every vote counts when we assess the size of a party, whether it was cast by a party member who is practicing, passive, lapsed or even temporary.

The recent CIEP-Semanario Universidad poll tells us that 70% of the population is free of party sympathies and 17%  of the remainder are liberacionistas, but I keep wondering what it means to “be liberacionista.” Is it like “being Catholic,” even though you never go to mass? And what if someone goes to mass every Sunday but doesn’t consider herself faithful enough to declare herself a Catholic before a pollster?

I suspect that the 70% of people without a party includes plenty of people who reject parties publicly, but embrace them “in their hearts.” There are liberacionistas who don’t know it, or who don’t want to accept it, and this could take place in other parties as well. It could be because of a emotions left over from their grandparents’ militancy; because of admiration for a specific leader (one friend’s wife told me, “más que liberacionista, soy arista,” – “more than a Liberation member, I’m an Arias supporter”); or because of some affinity on a specific issue. The party has these people in reserve, so to speak, for an election season.

They won’t defend their allegiance in public. These aren’t good times for such declarations, in the same way that sometimes it’s not a good moment to pay a membership for a soccer team’s fan club, to go to the stadium to see them play, or even to watch them on TV. But they’re there for moments of emergency, just as when a non-practicing Catholic goes back to Church once in a while, or a soccer fan watches his club’s goal out of the corner of his eye. They are there, even if they later return to their natural apathy.

We’ll see what happens in this election season: will the country split again because of the protagonism of Oscar Arias? Will, at the last minute, those party nerves be touched? Will we see people stop being tempted by the party line? It could be that the moment arrives when having a party will be a transgressive act.

This isn’t like the last century, of course not, but I suspect that we cannot assume that Costa Rica’s parties are extinct dinosaurs, even if, when a pollster calls, we tell her no, we would never claim allegiance to one of them. Even if, when we say this, we think we are telling the truth.

Álvaro Murillo is an experienced journalist who specializes in political coverage and has written for La Nación, Semanario Universidad and El País. In “No Sugar, Please,” his twice-monthly column, he explores politics in its broadest terms, from the halls of government to community life. Connect with him on Twitter.