Catholics still a majority in Costa Rica, but church is losing ground 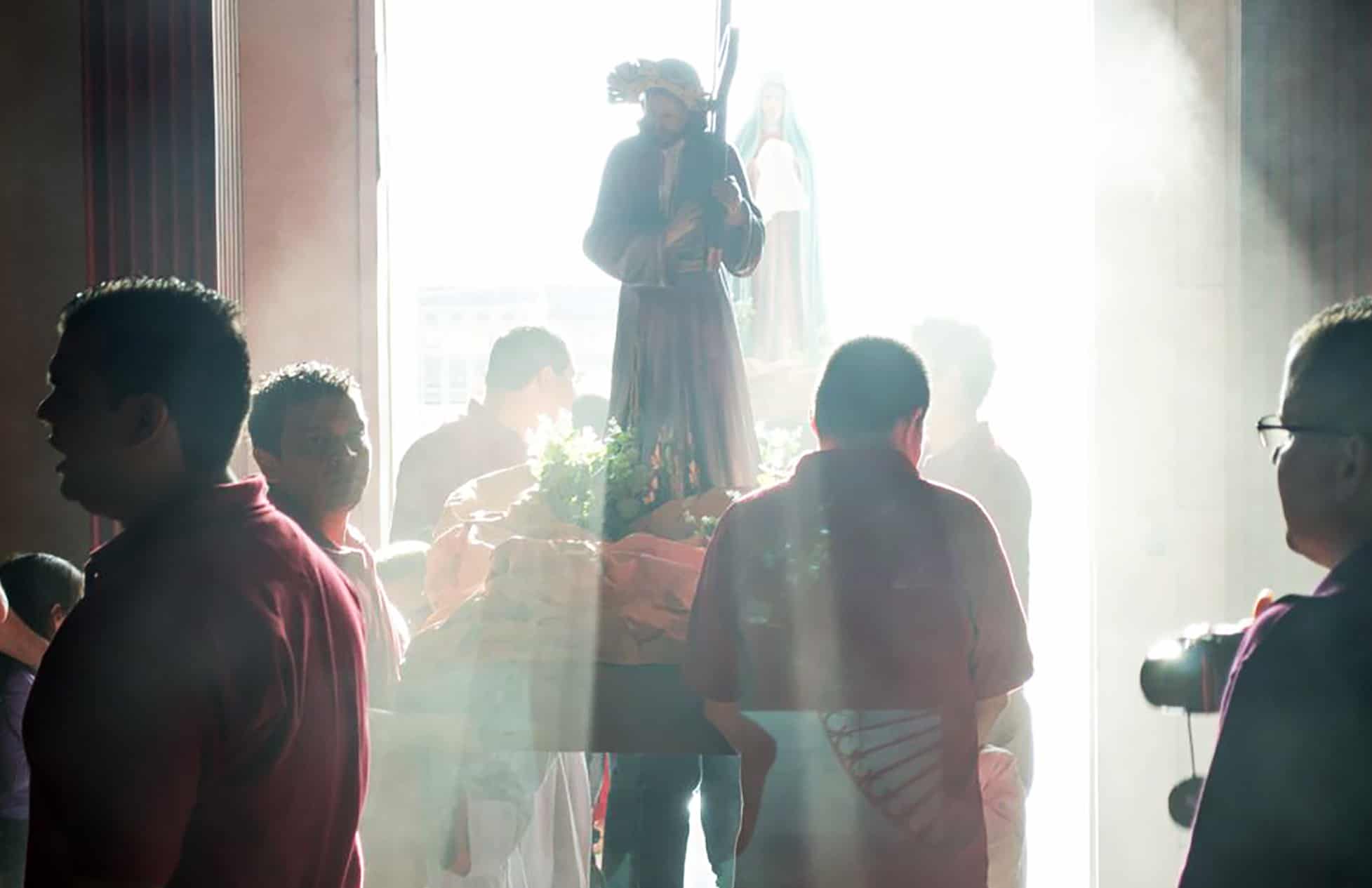 Despite the decrease in the number of Catholics, religion in general still occupies an important place in the lives of the majority of Costa Rica's population. (Alberto Font/The Tico Times)

As Roman Catholics prepare for the biggest celebrations of the church year during Holy Week, the predominance of Costa Rica’s Catholic majority is changing, researchers from the University of Costa Rica (UCR) have found.

Religion remains an important part of Costa Ricans’ lives, and most Ticos who claim to believe in God profess the Catholic religion. However, that percentage of Catholics declined from 71.8 percent last year, to 69.7 percent this year. The finding is part of the results of the “Survey of Sociopolitical Opinion” that the UCR’s Center for Research and Political Studies (CIEP) released last week.

Evangelicals, at 13.4 percent, make up the second-largest religious group, up from the 12.3 percent recorded last year. The survey also found that 12 percent of people say do not profess any religion, a group that also increased from the 10.4 percent recorded in 2016.

The percentage of people who said that religion in general plays an important part in their lives increased since last year’s study, from 70.3 percent up to 77.59 percent.

The CIEP conducted its survey of a representative sample of 729 people from Feb. 18 – Mar. 18. It has a margin of error of 3.5 percent and a confidence level of 95 percent.

Despite the increase in the percentage of people who consider religion to be very important for them, support for the church-state relationship is lukewarm.

Catholicism is the official state religion under the current Constitution. The CIEP survey asked people’s opinions on whether Costa Rica should maintain its status as a confessional state.

Just over half of respondents — 55.3 percent — said they believe Catholicism should remain the state’s official religion, down from 60.3 percent just one year before. Almost a third — 29.7 percent — of respondents this year supports a constitutional amendment to make Costa Rica a secular state.

The idea of removing the constitutional previsions that make Costa Rica a confessional state is part of the plan of a citizen initiative called “Nueva Constitución CR” (“New Costa Rican Constitution”).

The group submitted a request last year to the Supreme Elections Tribunal to collect signatures across the country to hold a public referendum on drafting a new Constitution. Group leaders believe that the a new constitution should, among other things, declare Costa Rica to be a secular state.