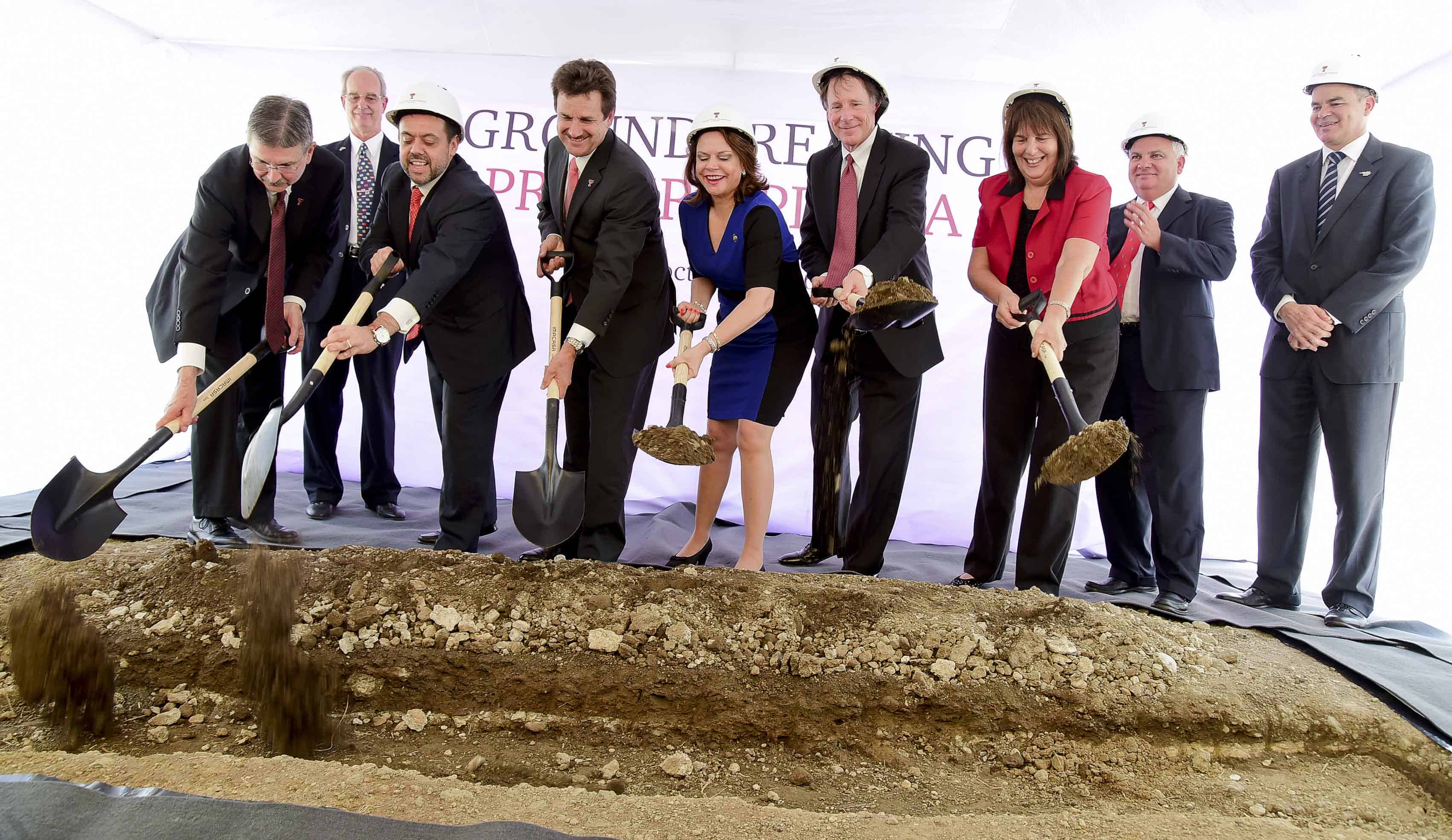 A groundbreaking ceremony on Monday paved the way for the new Texas Tech University satellite campus in Costa Rica at Avenida Escazú, west of the capital. The campus, which is Texas Tech’s first in Latin America, is expected be ready to host classes by the beginning of 2018.

“The bond that has taken place to develop this Texas Tech campus is a unique moment in the history of our institution,” said university rector Mike Galyean at Monday’s ceremony. “The high-quality academic programs that will be offered in Costa Rica will directly benefit the students in Central America and Latin America, while simultaneously widening Texas Tech’s mark worldwide.”

The university has been working closely with the Costa Rican government and the Costa Rican Investment Promotion Agency (CINDE) to make the new campus a reality. All classes will be taught in English and will focus heavily on the sciences, including engineering and computer science. The campus will also offer a hospitality track with restaurant, hotel, and institutional management classes, the university said in an August press release.

“Our country’s economy is in a structural transformation process that is rapidly moving towards more sophisticated activities in high-tech, scientific, and innovative sectors,” said Foreign Trade Minister Alexander Mora at the press conference Monday. “This process has opened opportunities up in both the marketplace and academics.”

Costa Rican President Luís Guillermo Solís said in August that Texas Tech’s decision to choose the country as the site for its first Latin American satellite campus shows that Costa Rica is being rewarded for its political and economic stability. He also used the campus opening to justify the numerous international trips that he often gets criticized for by local media and lawmakers.

“This is one of the objectives of our international tours. We have built relationships that are in turn bringing investments to the country that generate employment,” Solís said. “During our visit to Texas in May of 2015, the meeting that we had with university officials ultimately resulted in bringing this kind of investment to Costa Rica.”

Construction plans are scheduled to take place in three phases, according to a press release from public relations group Aseprensa, concluding in December 2017 among the existing shops and condos at Avenida Escazú. In total, the project will consist of 3,321 square meters and with an estimated cost of $15 million. The blueprints include plans for classrooms, labs, a library, administration offices, an ampitheater, and student centers.

The campus will be able to accommodate approximately 1,300 students per semester and will employ both local professors from Costa Rica and professors at Texas Tech’s main campus in Lubbock, Texas.