Mysterious monkey deaths could be related to climate change 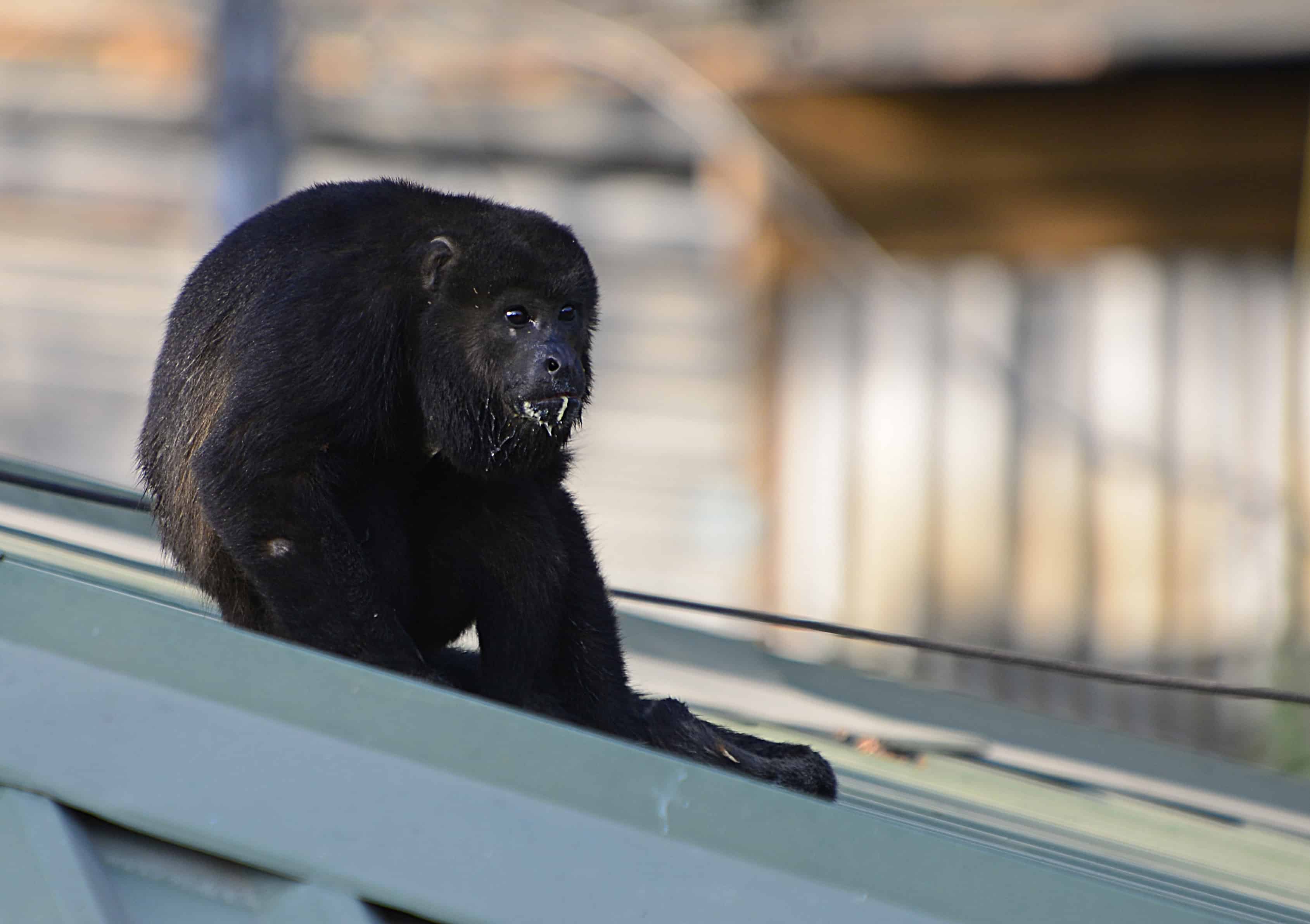 Drought, disease or something more sinister has caused a massive die-off of howler monkeys (Alouatta palliata) in several Central and South American countries, but scientists still don’t know the exact cause.

In some areas, the mystery killer has wiped out as much as five percent of the local howler monkey population.

“It could have very significant effects in the long-term for the populations as a whole.” said Liliana Cortés, a neo-tropical primate expert at the University of Michigan who is looking into the monkey deaths. “These are really high numbers.”

Paso Pacifico, a Central American conservation group, first sounded the alarm on the monkey deaths in Nicaragua, where more than 280 howler monkeys died during the first three months of 2016.

Other mass howler monkey deaths have been reported in Costa Rica, Ecuador and Panama. The primary howler monkey species in Panama is Alouatta coibensis.

The dead animals examined by Paso Pacifico did not show signs of physical trauma and many were found with food in their bellies, indicating to experts that a disease may have caused the deaths. Howlers are extremely susceptible to yellow fever and have long served as reliable harbingers for human outbreaks.

Howlers are extremely susceptible to yellow fever and have long served as reliable harbingers for human outbreaks. In Brazil and other countries with yellow fever, the rapid demise of large numbers of howlers is often seen as a signal that human health may be at risk.

Central America has eradicated yellow fever, but the Nicaraguan government tested the dead monkeys for it just in case, along with other mosquito-borne illnesses like Zika, dengue and chikungunya. The tests came up negative, as did tests performed by the government in Ecuador, where yellow fever is still present.

“The tests were very specific for those diseases,” Kim Williams-Guillén, a conservation scientist with Paso Pacifico told The Tico Times. “Whether or not there are other diseases, it is hard to say.”

While researchers have been unable to rule out disease, the negative results of the mosquito-borne illness tests have moved the focus to another potential culprit: drought.

Nicaragua, Costa Rica and Panama have experienced severe droughts over the past year due to a particularly intense El Niño weather phenomenon, reducing the availability of water and possibly vegetation that howler monkeys feed on. While monkeys usually get all of the water they need from moisture from leaves, recently the animals have been observed coming down from the canopy to drink from water sources on the ground.

In Nicaragua, Paso Pacifico received reports of howlers drinking from swimming pools, and in Costa Rica a spider monkey was recently observed by a Tico Times reporter drinking from a puddle in Corcovado National Park, a behavior the guide said he had not seen in his 23 years of leading tours.

“What they never do is to come down because it’s very risky for them,” the guide, Fernando Campos, said. “It’s a very, very unusual, unusual behavior.”

In Costa Rica’s northwestern province of Guanacaste, which is experiencing the worst drought in 100 years, veterinarians received reports of 19 dead monkeys in the first months of 2016, though unreported numbers are likely higher. Deer, coatis, raccoons and other animals have also been found dead lately in Guanacaste, but not in such large numbers as howler monkeys.

Mauricio Jiménez, the director of the Hospital of Young and Wild Species at Costa Rica’s National University, told The Tico Times that monkeys live in close contact with disease, which they can usually fight off when healthy.

“When there is less food, their defenses are low and they become more susceptible to sickness.”

According to the University of Michigan’s Cortés, howler monkeys feed on leaves that may be toxic when consumed in large quantities. During a drought, when the variety of leaves available is reduced, howlers may wind up consuming larger quantities of toxic leaves than normal. This could have been the case of the dead monkeys found with full stomachs.

It could also explain the dead monkeys in Ecuador, where El Niño has caused heavy rains rather than drought: Too much water can also change the vegetation within an ecosystem.

Jiménez said deforestation in Costa Rica is likewise putting pressure on monkey populations. Farmers in Santa Cruz, where most of the dead howlers have been reported, have slashed and burned large swaths of forest surrounding rivers in the past year, he said.

Though drought does seem a likely culprit, at least in Nicaragua and Costa Rica, the exact cause of the die-offs cannot be pinpointed without further study, researchers said. They’d like to do that further study in a primate lab in the U.S.

The research group supported by Paso Pacifico has frozen samples but researchers are still waiting on formal permission from the Nicaraguan government to study them.

Alouatta palliata is protected under the Convention on International Trade in Endangered Species of Wild Fauna and Flora (CITES), meaning researchers would need special permits to move the monkeys to the U.S.

“This is one case where the animals’ protected status may actually hurt them,” Cortés said. “It’s a give and take.”

While the howler die-offs have mostly stopped, researchers believe that finding the exact cause could be important to understanding future cases.

Cortés and Williams-Guillén are now working to assemble a network of researchers throughout the region to put together baseline studies for howler monkey populations. The data will allow researchers to better understand the monkeys’ behavior and how climate change may affect their food supply.

“This could happen more often as part of global climate change,” Cortés said. “These are things we will need to understand when these types of events happen.”