On Dec. 11, 2014, the U.N. approved a resolution declaring June 21 “International Yoga Day,” a global initiative dedicated to raising awareness about the multiple benefits of maintaining a yoga practice.

“Yoga offers a simple, accessible and inclusive means to promote physical and spiritual health and well-being. It promotes respect for one’s fellow human beings and for the planet we share. And yoga does not discriminate; to varying degrees, all people can practice, regardless of their relative strength, age or ability,” U.N. Secretary-General Ban Ki-Moon said in a message regarding the world’s first Yoga Day.

“On this first-ever International Day of Yoga, let us see the benefits of this practice in terms of individual well-being as well as our collective efforts to improve public health, promote peaceful relations and usher in a life of dignity for all,” he added.

On Sunday, Modi’s vision will materialize as the world celebrates its first Yoga Day.

Tomorrow the world will celebrate the first #YogaDay. I urge you all to be a part of it & inspire others to join as well.

In India, where the prime minister, a strict vegetarian with a daily yoga practice, created a Ministry of Yoga and the traditional healing science of Ayurveda, 35,000 government officials, soldiers and citizens will gather in the capital New Delhi for a 35-minute, open-air yoga session that could break the record for the world’s largest yoga class, AFP reported.

In Costa Rica, those who enjoy stretching and bending their minds and bodies will be able to enjoy free yoga classes throughout the country on Sunday. 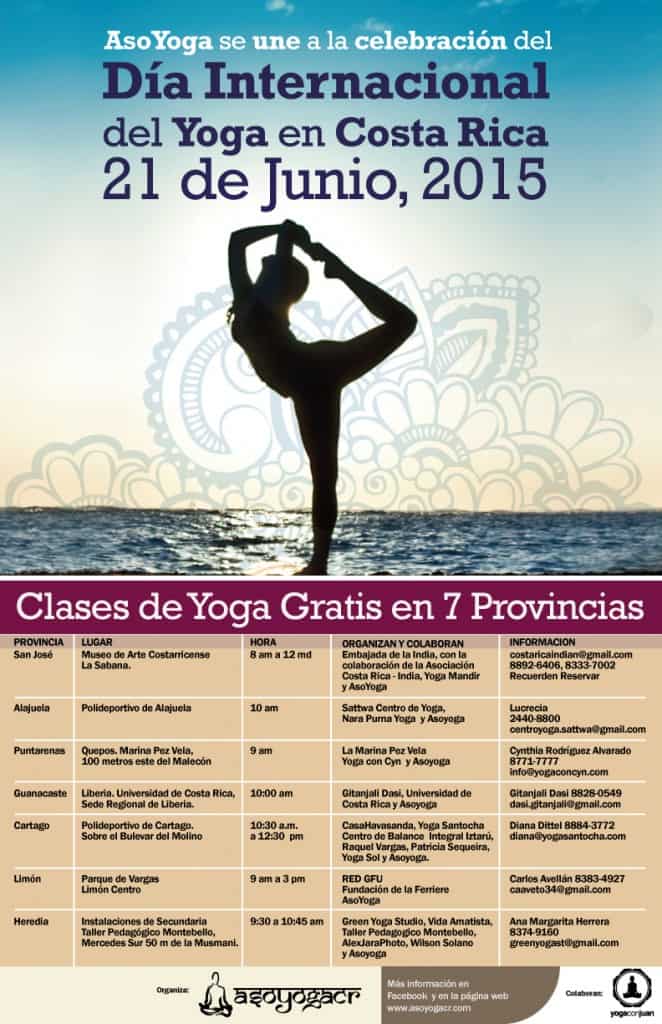 Katya Cordero, a yoga instructor and member of AsoYoga’s board of directors, told Amelia Rueda News that yoga “helps to activate energy and improves the respiratory, digestive and circulatory systems.”