Global drug policy isn’t working. These 100-plus organizations want that to change. 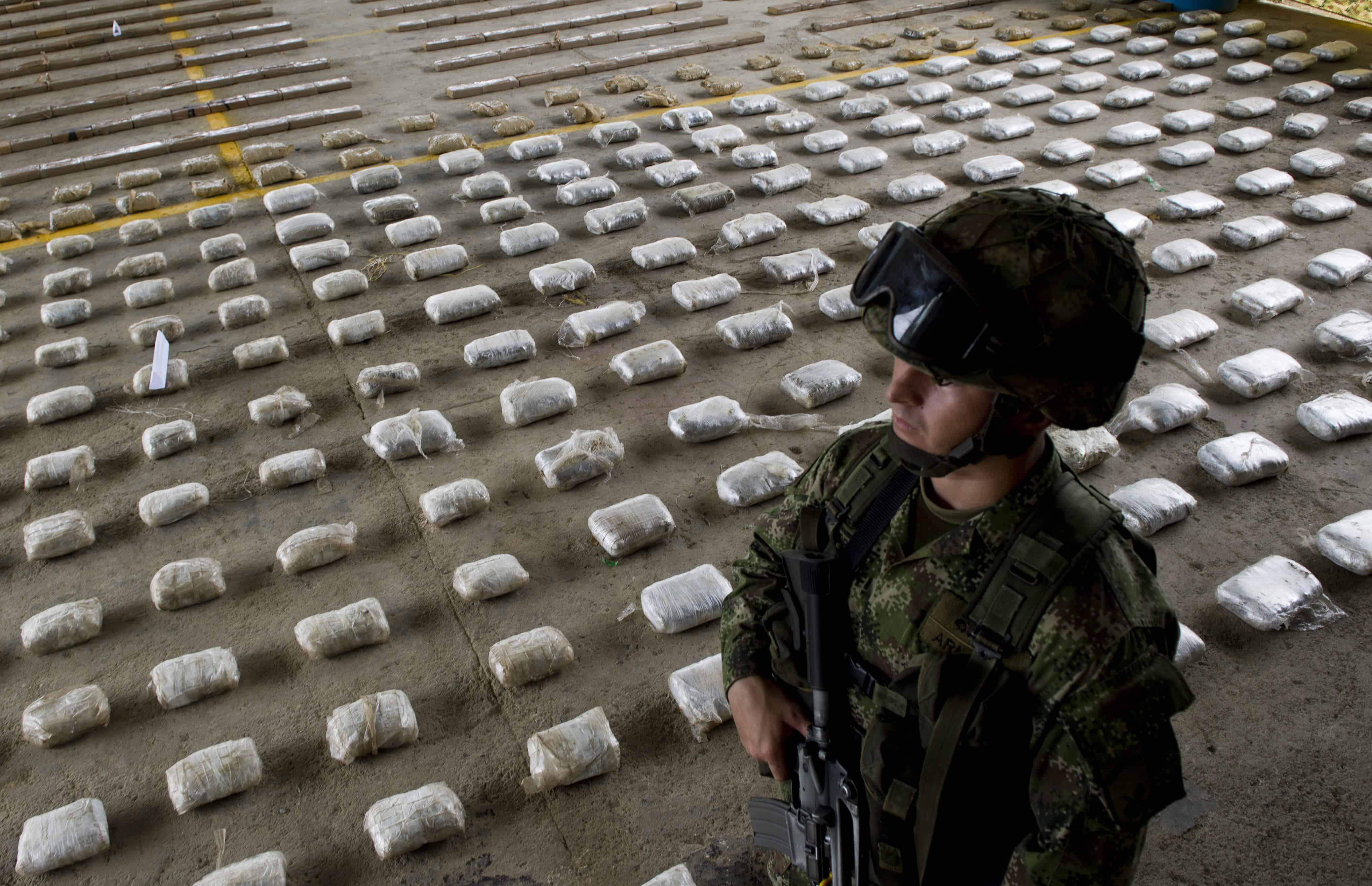 A Colombian soldier stands next to packages of seized cocaine. (Luis Robayo/AFP)

WASHINGTON, D.C. — Last week, a Brookings Institution discussion on international drug policy began with the premise that “no policy has failed as badly in the past 30 years as drug policy,” according to moderator and former Mexican ambassador to the U.S. Arturo Sarakhan in his opening statement. But now a group of nonprofit organizations are working to change that.

In 2016, the U.N. General Assembly will hold a special session (UNGASS) on drugs which will set the tone for global drug policy for the foreseeable future. The last special session on drugs was held in 1998, and tasked U.N. member nations with the unrealistic goal of achieving a “drug-free world” by 2008. If you look at, say, Washington or Colorado the last few years, you know things have turned in a very different direction.

But it’s not the the U.S., where states are legalizing marijuana. Latin American countries are loosening restrictions on drug use and Portugal has decriminalized the use of drugs completely, to name just a few examples. Many of the harms associated with drug use — the violence, the criminal activity, the loss of life — have been shown to be direct consequences of the way we wage the drug war, rather than of drug use itself. More countries are beginning to acknowledge this troubled history, but the U.N. treaties governing drug policy haven’t been significantly updated since the 1960s.

To assess the state of international drug policy, Brookings introduced a series of 15 papers last week looking at how the global drug control regime would need to change to keep up with rapid changes in domestic laws and shifting public opinion. Advocates of overhauling drug laws hope that the 2016 UNGASS will usher in a series of changes to international drug treaties to make them more amenable to countries and regions that wish to implement changes to their drug laws. To that end, a consortium of over 100 human rights and drug policy organizations Tuesday are releasing an open letter calling on the U.N. to respect changing drug policies within member countries, and to prioritize human rights over punitive law enforcement in its approach to drug laws. “Existing US and global drug control policies that heavily emphasize criminalization of drug use, possession, production and distribution are inconsistent with international human rights standards and have contributed to serious human rights violations,” the groups write.

Signatories to the letter include the American Civil Liberties Union, Human Rights Watch, NORML, Law Enforcement Against Prohibition, and the International Drug Policy Consortium. The three existing international drug treaties commit member states to “punish and even criminalize activity related to recreational marijuana” and other drugs, according to Brookings’ Wells Bennet. This is in direct conflict with policies like state-level marijuana legalization efforts in the U.S., and the federal government’s stated policy of allowing them to operate as long as they abide by certain guidelines.

The signatories’ letter boils down to a fairly simple request: that “human rights principles, which lie at the core of the United Nations charter, should take priority over provisions of the drug conventions,” they write. Aymara women sell coca leaves during the celebration of the national day of "acullico" -- the practice of coca chewing -- at the Villaroel square in La Paz, Bolivia, on March 12, 2015. Jorge Bernal/AFP

If the U.N. takes a different attitude toward drug policy, it won’t be the first time. The U.N.’s own Office of the High Commissioner for Human Rights issued a report in 2012 finding that “excessively punitive approaches to drug control have resulted in countless human rights violations, including the right to health.”

So finding common ground at the 2016 UNGASS may be difficult. That’s why the human rights and drug policy organizations are releasing their letter Tuesday, as various U.N. committees lay the groundwork for the special session next year.

David Borden of stopthedrugwar.org spearheaded the open letter. “Twenty years after the UN declared a 10-year goal of a drug free world, the closest idea that has anywhere near to a global consensus is that there never will be one,” he said in an interview. “The question is how best can we manage and live with the drugs and their challenges.”

The risk for advocates of strict drug control measures, he says, is that if the international treaties aren’t significantly reformed, countries may simply decide to bow out of them completely. There is, in fact, a mechanism within the treaties for countries to do precisely that: they can simply leave the treaties and then re-join with “reservations” that allow them to ignore whichever portions of the treaties they object to. Bolivia has already done so, citing its objection to the ban on coca-leaf chewing by indigenous people.

The letter calls on governments to repeal laws that criminalize the use of various drugs, but stops short of advocating for full legalization, of marijuana or anything else. For Maria MacFarland, co-director of the U.S. program at Human Rights Watch, decriminalization is a human rights issue.

“Criminalization is inconsistent with human rights principles, and with basic principles of autonomy that underlie our rights,” she said in an interview. “We realize that people who use drugs do harm other people sometimes.” Think of drunk drivers, for instance. But as with alcohol, “the solution is to have laws that criminalize harmful conduct — not just the use itself,” she said.

The signatories’ requests are congruent with many of the findings of the 15 Brookings papers released last week. Among other things, the papers recommend a law enforcement focus on violent criminals, rather than drug users; comprehensive economic development initiatives to help farmers in drug-producing regions transition away from drug crops; and an emphasis on public health-based approaches to drug use, like needle exchange programs.

Overall, Brookings scholars Vanda Felbab-Brown and Harold Trinkunas write, “the goal of UNGASS 2016 should be to inject realism into the global discussion of drug policy objectives, instead of once again setting an unattainable goal of a drug-free world.” While political consensus on these issues may be difficult to obtain within the U.N., it’s clear that the research and NGO communities are arriving at a consensus that the current international drug control regime is impractical.

Christopher Ingraham writes about politics, drug policy and all things data. He previously worked at the Brookings Institution and the Pew Research Center.