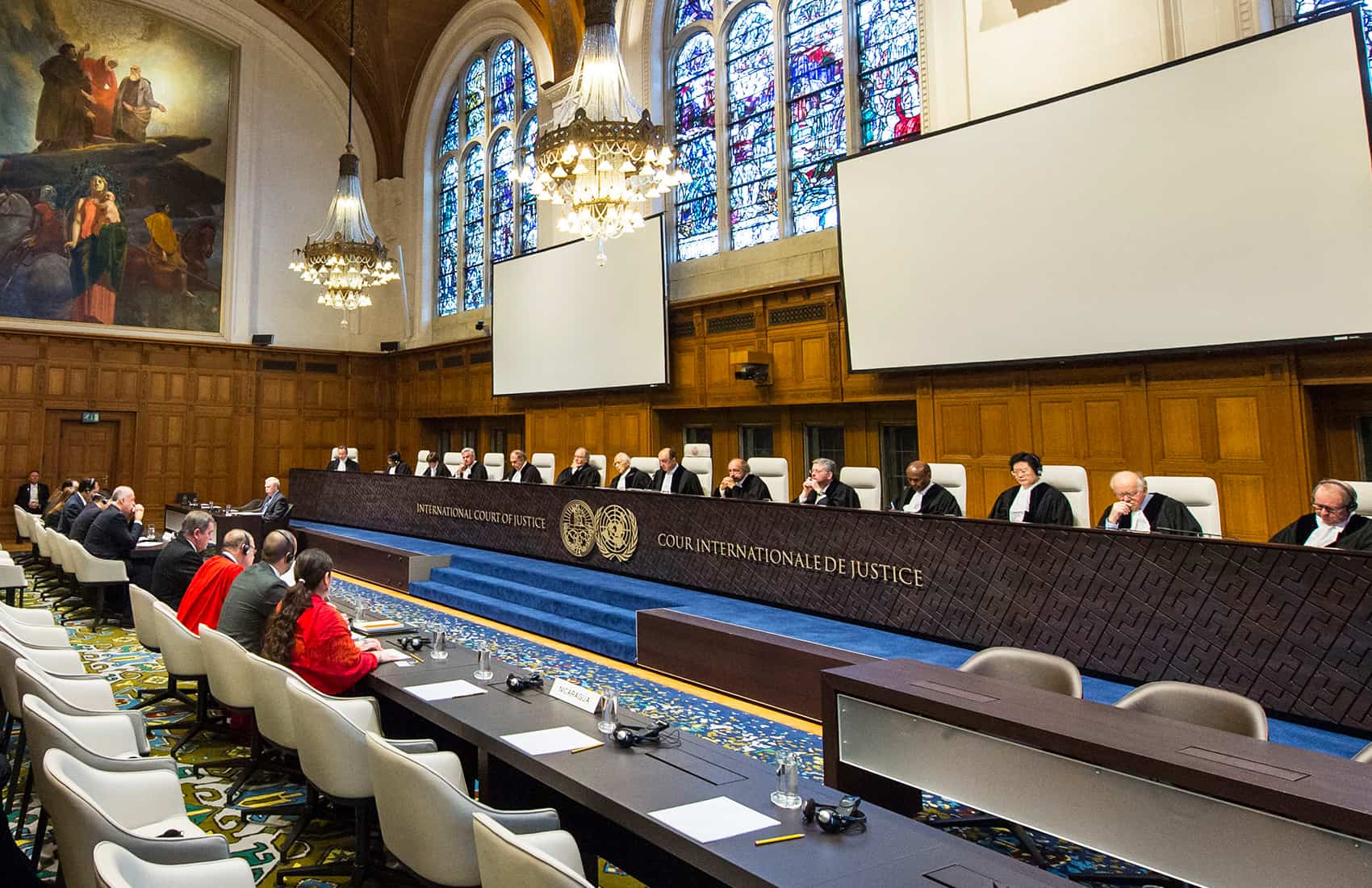 Following two days of conclusions by Costa Rica's legal team, Nicaragua will present its closing arguments before the International Court of Justice on Wednesday and Thursday. ((Courtesy of ICJ))

Costa Rica’s legal team on Tuesday wrapped up its closing arguments in the border dispute with Nicaragua before the International Court of Justice (ICJ) at The Hague.

The country’s legal team said that Nicaragua occupied Costa Rican territory, and then attempted to justify its illegal actions by raising a false territorial claim against Costa Rica.

Costa Rica accuses Nicaragua of dredging canals through a sensitive wetland area on Costa Rican soil called Isla Portillo. Nicaragua accuses Costa Rica of silting up the San Juan River, which forms a natural border between the two countries, due to construction work on a road that Costa Rica built on its side of the river.

Costa Rica’s lawyers at The Hague said that Nicaragua had changed its position on numerous occasions throughout the case. They pointed out that Nicaraguan official Edén Pastora said at one point that the first canal built by Nicaragua had been there historically, before the dispute. Later, Nicaragua’s attorneys scrapped that argument and said they were unsure if there was actually a canal connecting the San Juan River with Portillos Lagoon, in the disputed area.

“This clearly shows that the territorial claim has no basis,” Costa Rica’s legal team said.

Costa Rica also stated that it has never objected to Nicaragua’s cleanup works on the San Juan River, but added that these works should not include the occupation of Costa Rican territory or cause damage to the Colorado River, located entirely inside Costa Rica.

“Managua’s claim is artificial,” Marcelo Kohen, one of the attorneys for Costa Rica, told the court. He added that several official maps and border treaties granted navigation rights to both countries, and that not one of those documents identifies canals through Isla Portillo.

The expert also noted that prior to 2010, Nicaragua hadn’t made any claims such as those currently being discussed before the ICJ, and said that in his opinion “Nicaragua has falsely interpreted the provisions of the Alexander Treaty for its own benefit.”

Kohen asked the Court to dismiss Nicaragua’s attempts to modify its territory and said Nicaragua should compensate Costa Rica “for the wrongful occupation of its territory.”

The lawyer also asked justices for a ruling that would establish the illegality of the Nicaraguan occupation to ensure it wouldn’t happen again.

Another member of Costa Rica’s legal team, Samuel Wordsworth, continued the argument, saying that the Nicaraguan government had interpreted the 1858 Alexander Treaty at its convenience in order to modify the border between the two countries.

Following the hearing, Costa Rica’s Foreign Minister Manuel González Sánz said he was hoping for an exemplary ruling from the court. “I believe that our closing arguments emphasized that Nicaragua’s actions pose a threat to peace and security in the region, and that those actions call for a robust ruling from the court,” González said.

“I asked our team to make it clear for the [ICJ] justices that their ruling should become a deterrent factor to prevent further incursions or threats from Nicaragua,” he added.

Costa Rica experts also said that Nicaragua owes Costa Rica an environmental impact study from the border area and proposed Managua officials agree on a cooperation and consultation process so that the dredging project can be executed “in a reasonable manner, respecting Costa Rica’s rights and environmental concerns.”

Nicaragua’s lawyers will present their closing arguments Wednesday and Thursday. After May 1, justices will begin analyzing all evidence and statements in order to issue a final ruling in the case.

A final ruling from the ICJ usually takes four to six months.