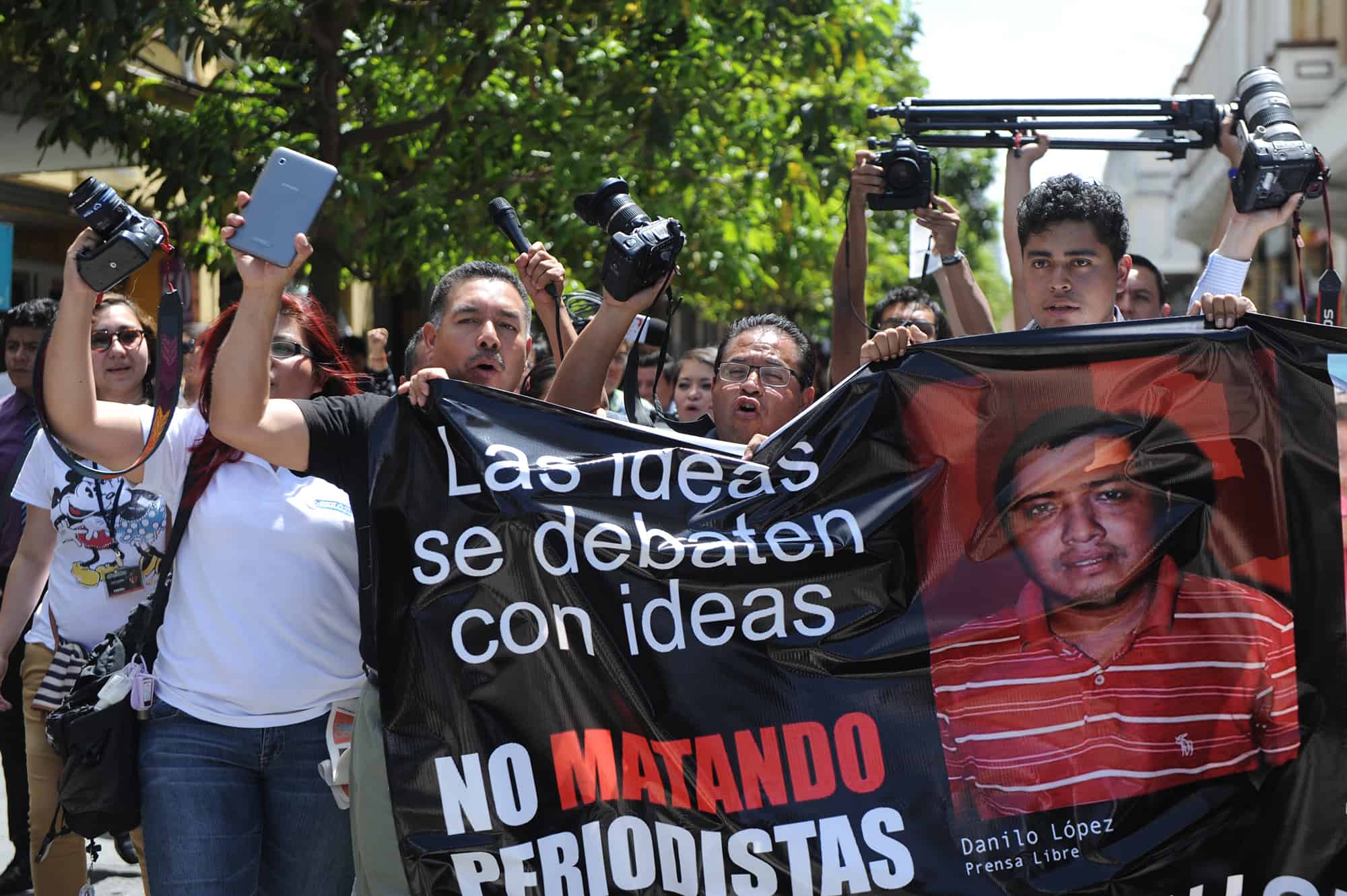 Guatemalan journalists take part in a protest to condemn the armed attack that left two colleagues killed and another injured in the south of the country, in Guatemala City on March 11, 2015. Journalist Danilo López, correspondent of Prensa Libre, and Federico Salazar of the Nuevo Mundo radio were killed by gunmen in the central park of Mazatenango municipality, in Suchitepequez departament. (Johan Ordoñez/AFP)

Guatemalan security forces on Friday captured the alleged intellectual author behind the murder of a TV cameraman in southern Guatemala, according to police.

“The man was identified as Antonio Televario Navichoc, 30, who heads a ‘clica’ (cell) of the ‘Mara 18’ gang responsible for contract killings and extortion,” police spokesman Jorge Aguilar told AFP.

According to Aguilar, the alleged gang leader was arrested at a house in Mixco, west of the capital.

Authorities suspect that the March 14 murder of Giovanni Villatoro, 20, a cameraman with the Intercable news station, occurred because his company refused to pay extortion money.

Four days prior, on March 10, journalists Federico Salazar (Radio Nuevo Mundo), and Danilo López (Prensa Libre) were killed in Mazatenango, 170 kilometers south of the capital, while walking through the city’s main square.

Marvin Tunches, a reporter for a local TV station, was also wounded in the attack.

Police spokesman Aguilar said that the alleged gang leader Navichoc was captured, along with 14 gang members, during an operation that included 48 house searches in four of the country’s departments (provinces).

According to local media, Navichoc had been released from prison 10 days earlier, having served an eight-year sentence for murder.

An average of 16 homicides take place in Guatemala daily, one of the highest rates in Latin America. Nearly half of all murders are related to territorial conflicts between drug trafficking groups and gangs.

According to the Guatemalan news agency CERIGUA, which advocates for journalists, 27 reporters have been murdered in the country since 2000.