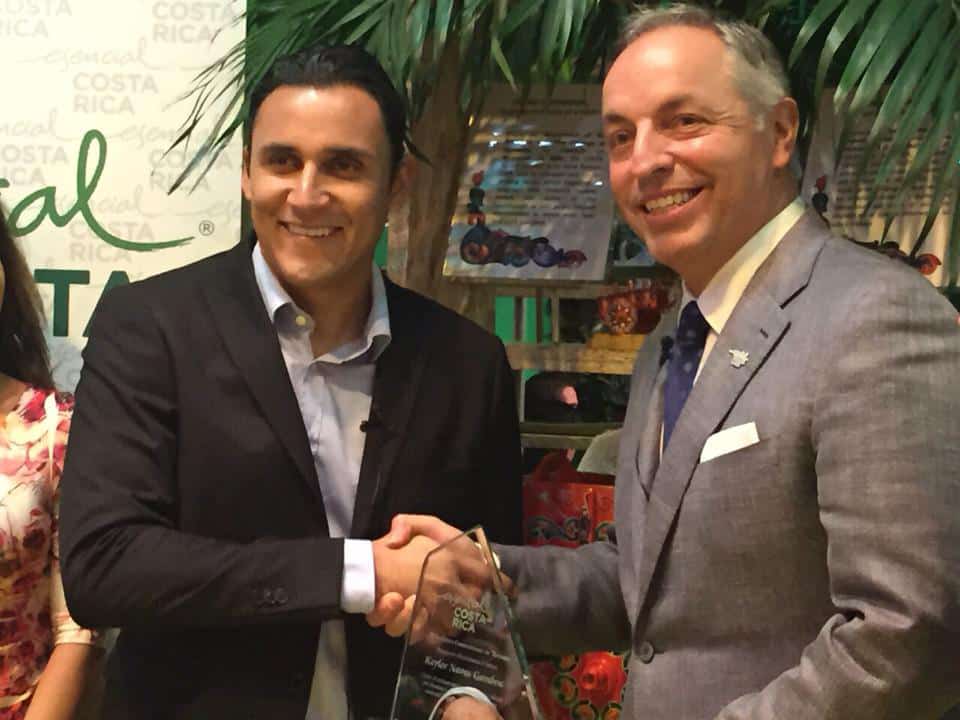 “We’re taking this opportunity at FITUR, one of the most important tourism events in the world, to recognize the talent, human quality and character of Keylor Navas, who has lifted the name of Costa Rica very high thanks to his humility, worth and tenacity,” said Costa Rican Tourism Minister Wilhelm von Breymann in a Facebook post.

Navas became a household name internationally during the 2014 World Cup, saving 21 of 23 (91 percent) shots on target in Brazil, while leading Costa Rica to its first-ever quarterfinals appearance. The Tico signed with the prestigious Real Madrid soccer club in July 2014.

Tourism officials reported that 2,526,817 international arrivals were registered in 2014, an increase of 4.1 percent over the previous year. That’s an increase of 98,876 arrivals by air, land and at ports, the ICT reported.

“I’m convinced that anyone who visits Costa Rica will discover what it truly means to have an authentic travel experience,” Navas said in a statement released on his official website, “This place offers unforgettable moments for anyone who visits this paradise.”