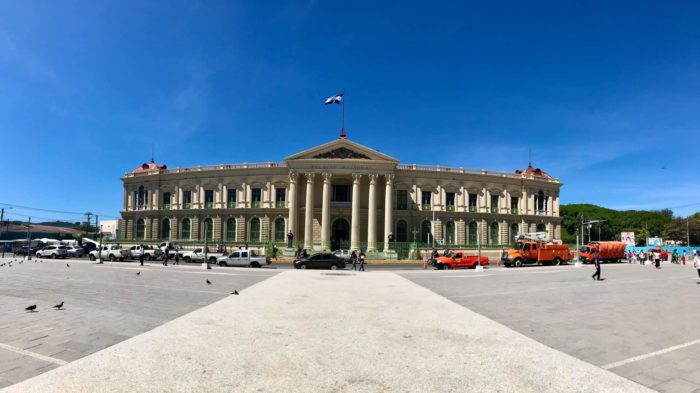 Harris says US will focus on aid to Central American farmers 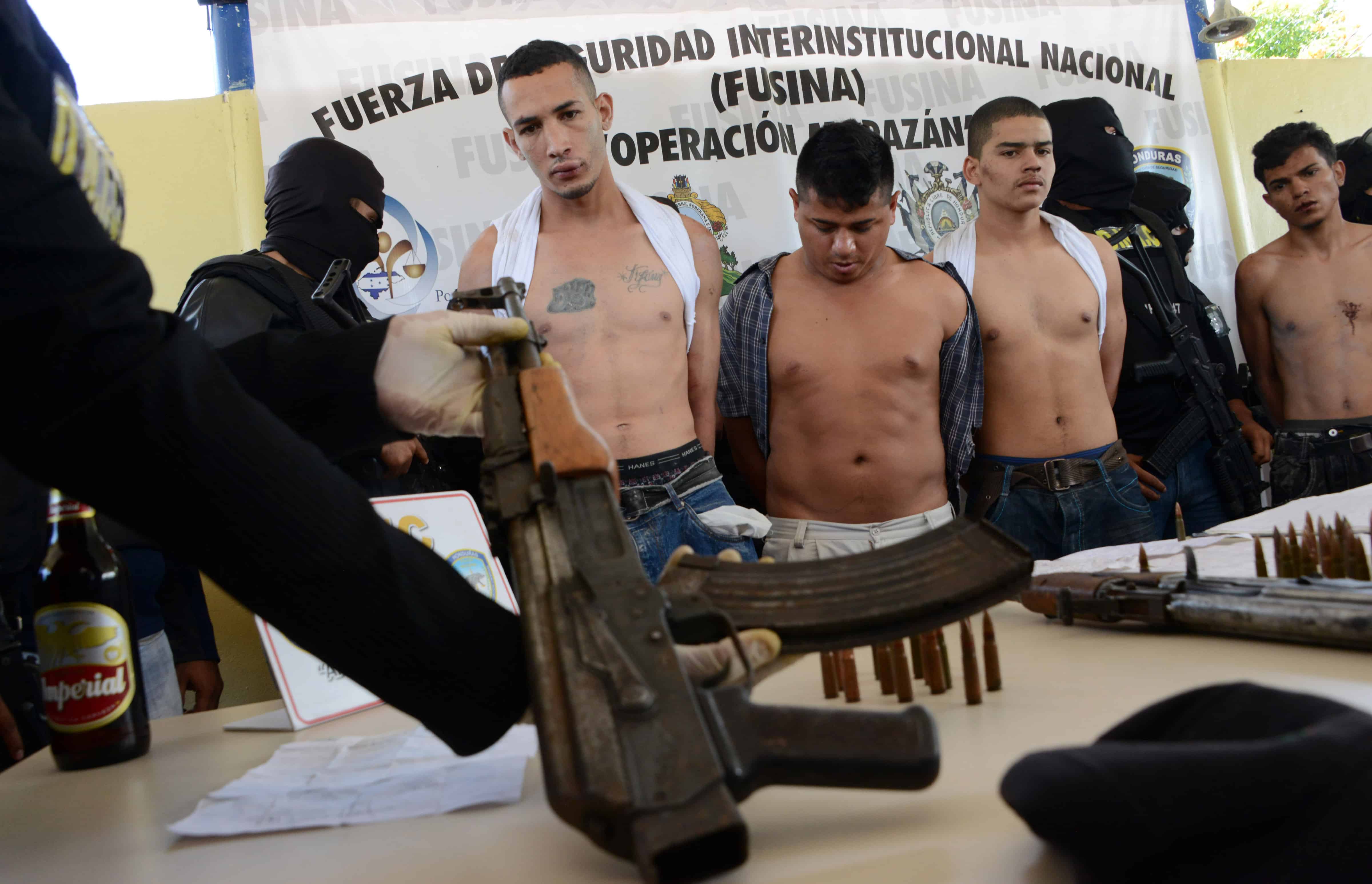 The leader of the Mara 18 gang, Héctor Manuel Piñeda, aka "Calavara," left, is presented to the press along with other gang members following their arrest by the National Bureau of Criminal Investigations and the National Police in Tegucigalpa, Honduras, on Oct. 17, 2014. (Orlando Sierra/AFP)

WASHINGTON, D.C. – The United States has a moral and historic responsibility to help reduce violence in Central America, but the region’s governments must do their part too, a top State Department official said last Thursday during a conference on the Central America Regional Security Initiative (CARSI).

“We are at the most important juncture with Central America in the last 20 years,” declared Francisco Palmieri, deputy assistant secretary of state for Central America and the Caribbean. “Central America matters to us because of its geographic proximity, our family and cultural ties, and the recognition that we – the United States – bear at least some responsibility for the region’s problems.”

These problems simply outstrip the countries’ capacity to respond, he said.

“This year, 60,000 Central Americans left their homes to make the dangerous journey northward. This spike in migration is a serious warning sign that the long-standing challenges in Central America are worsening,” Palmieri warned. “The course of action is clear. We must adequately address the underlying reasons for migration.”

Palmieri was one of several officials to address the Dec. 11 seminar, titled “Central America’s Security Challenges: Has U.S. Assistance Helped or Hindered?” 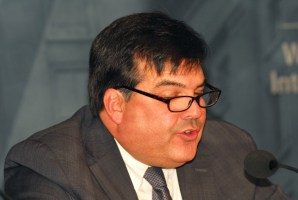 The event – sponsored by the Washington-based Wilson Center – focused on CARSI, a U.S. taxpayer-funded program that since 2008 has spent $642 million to combat crime, gang violence and drug trafficking throughout the region.

“The region’s leaders will make tough choices to address these challenges, but they need our help. Over the past 18 months, long before the mass media picked up the messages of children arriving at the border, the U.S. has been taking a hard look at our approach,” he said.

“From a U.S. standpoint, significant interagency assistance over the next five years is critical to achieving our objectives. We simply will not achieve the end state we envision with a short-term surge of assistance. Changing the trajectory of Central America will require a sustained, well-resourced response from the United States.”

Palmieri’s diplomatic career includes posts in the Dominican Republic, El Salvador, Honduras and Iraq; he was also senior desk officer for Venezuela. In addition, he headed Latin American and Caribbean programs for the Bureau of International Narcotics and Law Enforcement (INL). In that job, he supervised $800 million in programs, including the Colombia and Mexico/Mérida operations, 19 narcotics affairs offices throughout the Western Hemisphere, and more than 1,500 employees.

But U.S. action doesn’t absolve Central American countries from cleaning up their act when it comes to tax evasion, corruption and abuse of power.

“Central America also has the world’s lowest tax revenues as a percentage of GDP, with Guatemala coming in lowest at 10.8 percent of GDP,” he said. “Transparency International consistently ranks many Central American countries poorly on the perception of corruption, and its tremendous youth bulge threatens even greater turmoil. Six million people will attempt to enter the work force over the next decade, but cannot be absorbed. Disenfranchised youth will join gangs or migrate.”

While insecurity is definitely a problem, said Palmieri, that’s not the whole story.

“Impunity and corruption undermine so many of the things we try to do. But we’ve also got to invest in economic growth,” he explained. “Panama and Costa Rica are demonstrating the economic benefits of modernization. Now is the time for a new U.S. approach to Central America that prioritizes investments in governance and security.” 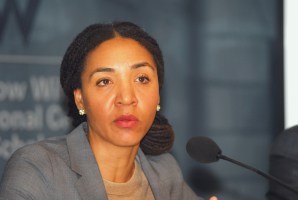 Paloma Adams-Allen is a senior adviser at the U.S. Agency for International Development’s Bureau for Latin America and the Caribbean. She said USAID is “scaling out” and hopes to expand its geographic footprint with the help of large multinationals.

“In the wake of the unaccompanied minors crisis, Central America’s governments have stepped up and declared to us that they intend to address this issue, and we believe them,” she said. “Not only are governments doing this, but also other stakeholders in the private sector as well. Wal-Mart, Tigo, Microsoft and others have all been working very closely with us and are ready to do more.”

Matthew C. Ingram, assistant professor at the State University of New York-Albany, said the U.S. officials in charge of CARSI should pay particular attention to “geographic targeting” of communities that straddle international borders in the Northern Triangle, as well as municipalities with historically high levels of bloodshed.

“For the last 10 years, Honduras and El Salvador have reported the highest homicide rates in the world. Yet at the sub-national level, even in those countries we’re used to thinking are very violent, there are areas that are not violent,” Ingram said. “If we drill down below the national level, in El Salvador, there were 14 municipalities with zero homicides, and several with homicide rates above 100.”

Another big hotspot is the northern part of Honduras, spreading into southeastern Guatemala, he said, “and in El Salvador, there’s a dramatic, sizeable cluster of youth homicides around the nation’s capital and all the municipalities that make up a larger metro area around San Salvador.” 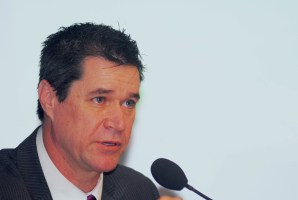 “We need to take geography into consideration,” said Ingram. “If we want to emphasize where to target most of our resources, we should aim at highly populated communities, and the communities around them. I would heavily favor conditioning funding assistance on developing place-based, geography-sensitive policies.”

Yet Eric L. Olson, associate director at the Wilson Center, said few people know what CARSI is – even embassy officials in Central America who ought to know better.

“When you don’t have a strategy, you have a series of priorities. Then things all become relatively equal, and it doesn’t amount to anything. Clarity about your priorities really has to be at the top of the agenda,” said Olson, who says CARSI’s goals are admirable but unrealistic as long as the program focuses on fighting drug trafficking and organized crime without getting at the roots of the problem.

“Too many times, policy is sort of a grab bag of a hundred things,” Olson concluded. “We know that Central America faces hundreds of challenges, but what should be our priorities, the ones we’re going to put front and center? The issues of corruption, impunity and lack of accountability have to be at the top. It’s not just about putting drug traffickers in jail. Otherwise everything else becomes secondary.”