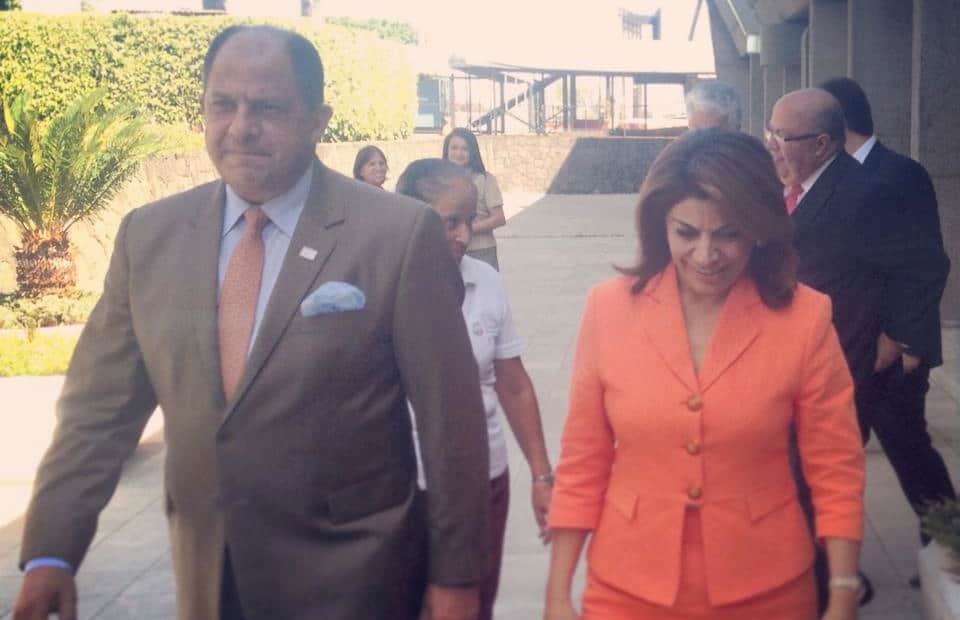 President-elect Luis Guillermo Solís got a VIP tour of his new office from outgoing President Laura Chinchilla as the two leaders met for coffee and walked the halls of the Casa Presidencial in Zapote, in southeastern San José, Tuesday morning.

Chinchilla said the meeting was designed to share thoughts about the challenges facing Costa Rica. Solís said during a press conference later that the leaders spoke about the economy, their shared concern over Costa Rica’s growing deficit, and international relations.

Chinchilla complimented Solís, calling him a man of “great conviction.”

Solís said that the outgoing ministers have been helpful in the transition of governments, which has been tighter than usual because of the April 6 runoff, where Solís won handily over Johnny Araya of Chinchilla’s National Liberation Party.

The president-elect wished Chinchilla and her ministers good luck on their transition back into life as private citizens.

Costa Rica does not have a presidencial residence.

“I want to reiterate our hopes for success for don Luis Guillermo, and we ask the people of Costa Rica to accompany him in this challenging work,” the president said.

“In just a few hours, this house will be yours,” Chinchilla said with a smile.