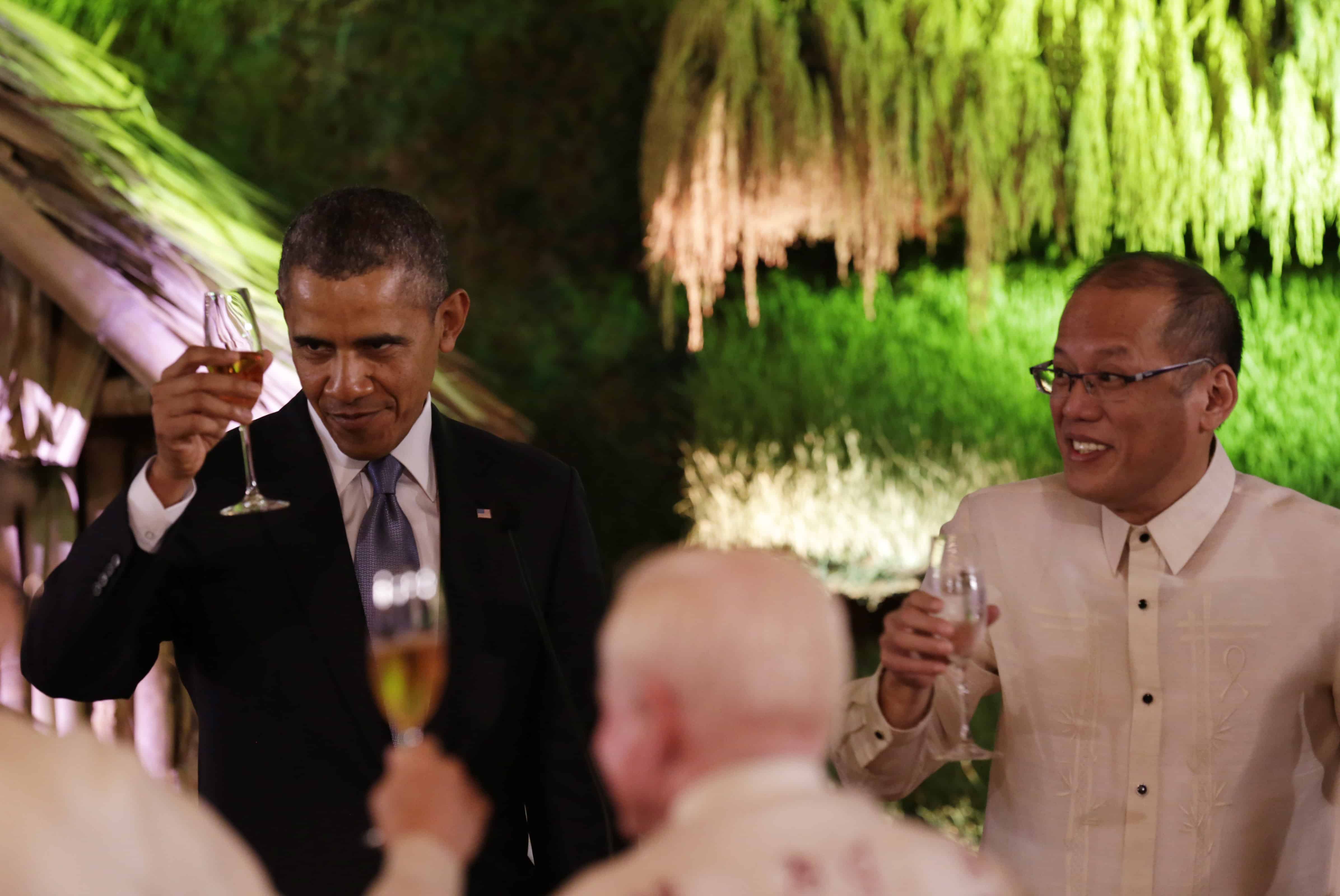 MANILA, Philippines – U.S. President Barack Obama’s frustration is spilling over as he makes the most strident defense of his foreign policy yet, rebuking critics who say his diplomacy is haphazard, weak and blurs U.S. national security red lines.

The U.S. president’s patience snapped several times during his tour of Asia which wrapped up in the Philippines Tuesday, when confronted by arguments that he has failed to put his stamp on a world increasingly flouting U.S. power.

His four-nation trip was meant to cement the most substantive doctrinal element of his foreign policy, the pivot of U.S. power to Asia, which had been a little ragged of late.

But Obama’s inability to deter President Vladimir Putin in Ukraine, the crumbling Middle East peace process and the unstoppable carnage in Syria, opened the president to new charges his foreign policy is a bust.

He had to reassure Asian allies nervous of China’s growing territorial muscle that despite his reluctance to fight traditional wars, Washington’s defense guarantees are rock solid.

He rarely loses his cool in public, but Obama was at his most waspish in public comments on foreign policy during the trip — recalling his ill-tempered debates with Republican Mitt Romney during the 2012 presidential race.

His wariness of foreign quagmires is also a consistent political theme — recalling the 2002 rebuke of “dumb” wars that helped him harness public dismay with the Iraq war six years later to win the White House.

Obama argues that hubris gets the U.S. into trouble and that avoiding “mistakes” like the Iraq and Vietnam wars is paramount, while advancing modest goals and hoping for the odd foreign policy “home run.”

As a foreign policy doctrine, this might lack a little lofty vision — but seems to represent a trimming of Obama’s global aspirations since he swept to power vowing to change the world.

What critics see as a retreat, Obama sees as a wise turn away from foreign adventures in Iraq and Afghanistan that have drained the U.S.’ power, stretched its finances and strewn a new generation of U.S. dead on foreign battlefields.

Obama is especially sardonic about Republicans who portray him as overly reluctant to commit military force other than in robust drone wars, or to arm rebels in Syria or the Ukraine government.

“My job as commander-in-chief is to deploy military force as a last resort, and to deploy it wisely,” Obama said. “Most of the foreign policy commentators that have questioned our policies would go headlong into a bunch of military adventures that the American people had no interest in participating in and would not advance our core security interests.”

He did not name particular critics, but his top antagonist is hawkish Republican Senator John McCain who he beat to the presidency in 2008.

“I believe that the president does not believe that America is an exceptional nation. And if America doesn’t lead, other people do lead,” McCain said on PBS show Charlie Rose this month.

McCain believes Obama has been cowed by Putin and that he dismayed U.S. allies in the Middle East by stepping back from attacks on Syria.

“The most powerful, richest nation in the world can carry out a lot of measures to assert our leadership in the world,” he said. “We have to take steps that convince the bad people in this world … that there is a very heavy price if they do things … in gross violation of international norms.”

Administration officials are privately incensed that a deal with Russia to remove Syria’s declared chemical weapons stocks — which emerged after Obama blinked at the last minute on firing missiles into Damascus — is seen a failure.

They say more than 90 percent of the stocks have been removed and that this represents a foreign policy triumph.

Obama is also fuming over claims that he has left Ukraine high and dry and should arm Kiev to deter Russia — despite Monday imposing new sanctions on Putin’s inner circle.

“Do people actually think that somehow us sending some additional arms into Ukraine could potentially deter the Russian army?” Obama asked.

Obama’s unusually blunt language may also be born of frustration that a foreign policy record, adorned by the killing of Osama bin Laden, that was once seen as a political asset is now often seen as a liability.

For the president, his critics have one solution to every foreign policy headache — deploy the U.S. military.

“Many who were proponents of what I consider to be a disastrous decision to go into Iraq haven’t really learned the lesson of the last decade,” he said as his frustrations spilled over — again in Manila.

“They keep on just playing the same note over and over again. Why? I don’t know.”