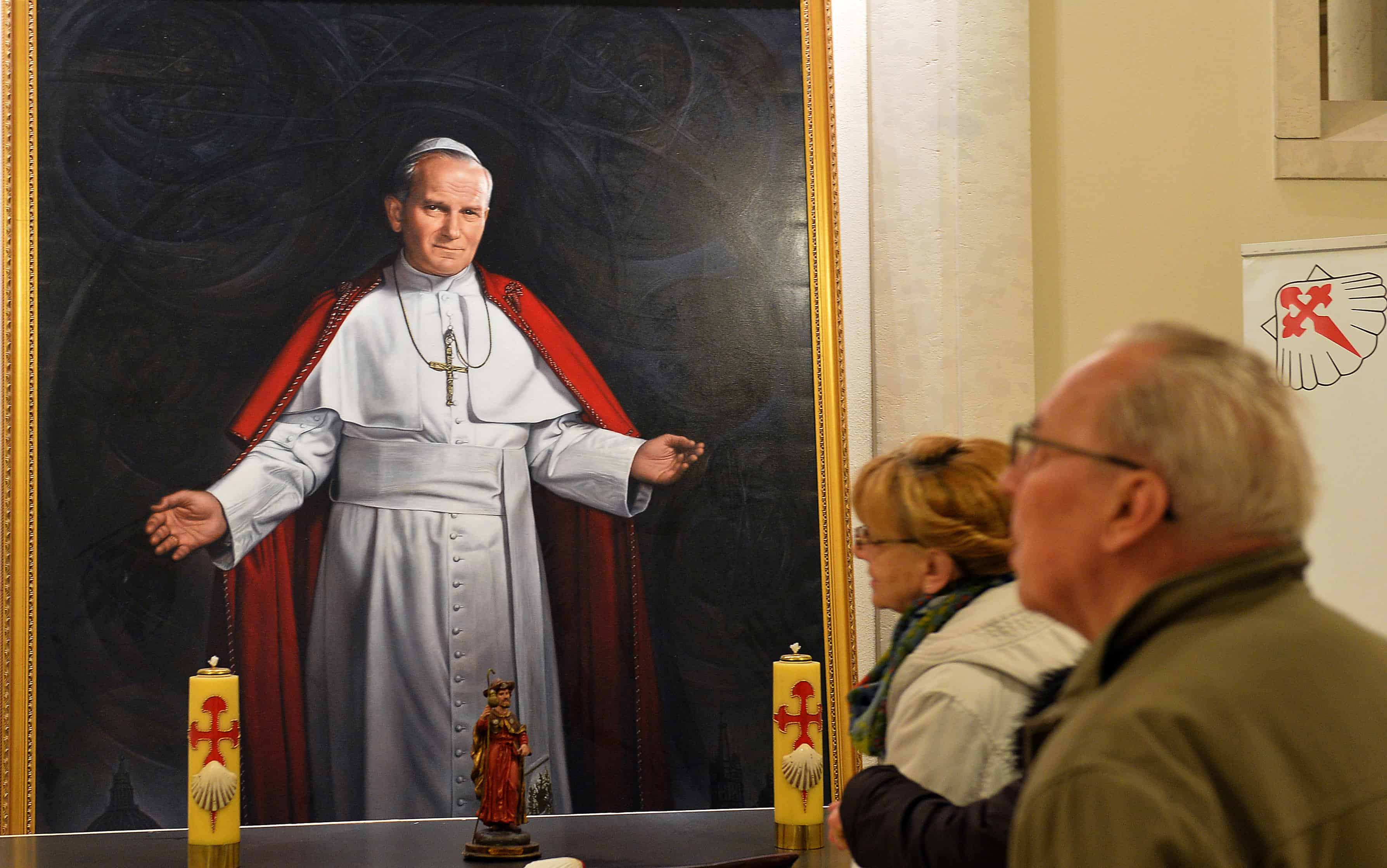 VATICAN CITY – A much-loved pope will be declared a saint on Sunday but not everyone in the Catholic Church agrees.

John Paul II also alienated many left-wing Catholics and has been blamed for hushing up child sex crimes.

“Not all the people of God agree about canonisation,” the International Movement We Are Church said in a statement ahead of the canonization ceremony in St Peter’s for John Paul II and his Italian predecessor John XXIII.

The group accused the late pope of “spiritual authoritarianism” and of putting too much emphasis on “hierarchical control” — two traits it said left little room for victims and investigations of abuses.

“Pope John Paul II was a pope of great contradiction. His tragedy lies in the discrepancy between his commitment to reform and dialogue in the world and his return to authoritarianism,” it said.

The pontiff credited with helping to bring down Communism in Eastern Europe – and whose canonization was made possible by a supposed miracle in Costa Rica – was accused of backing right-wing dictators in Latin America including Augusto Pinochet in Chile during the Cold War.

At the same time, the Vatican cracked down on the Liberation Theology movement of pro-social justice clergymen which it saw as being too Marxist.

Bishops accused of being leftists were replaced by ultra-conservatives and dissident priests were banned from teaching, while more conservative Latin American movements were given favorable treatment.

Even moderate clergymen were shocked, including the Archbishop of San Salvador Óscar Romero, who was said to be “shaken” after meeting John Paul II and being told to “find an agreement with the government” over the issue of landless farmers, according to an account from Italian theologian Giovanni Franzoni.

Romero was killed by members of a right-wing death squad in 1980.

One of the groups favored by John Paul II was the “Legion of Christ” founded by Marcial Maciel, a Mexican priest found to be a sexual predator who abused male seminarians and also fathered at least three children whom he also allegedly abused.

Allegations about Maciel were widely known under John Paul II but nothing was done and the Vatican approved a series of secrecy bylaws for the “Legion” that included a ban on criticism of its founder.

Critics say the example of the “Legion” showed a wider indifference to thousands of cases of abuse by priests that only began to be properly investigated under John Paul II’s successor Benedict XVI.

The Survivors Network of Those Abused by Priests, a victim support and campaign group in the United States that has led criticism of the Vatican said that John Paul II’s canonization was “hurtful.”

“Under him, the U.S. bishops’ grudging, belated and weak abuse policy was delayed and further weakened,” it said.

John Paul II’s pontificate also marked a murky period for the Vatican bank, the Institute for Religious Works, which was embroiled in the collapse of another bank that laundered money for the Mafia.

The Italian bank’s chairman, Roberto Calvi — known as “God’s Banker” — was found hanged on scaffolding under Blackfriars Bridge in London in 1982.

The Vatican bank’s president at the time was Monsignor Paul Marcinkus, a Machiavellian U.S. clergyman who was effectively shielded in the Vatican City from repeated requests from Italian prosecutors to speak to him.

That kind of siege mentality is something that critics have pointed to as another damning trait of John Paul II, leading to excessive centralization and even mismanagement of the Roman Curia, the central administration of the Catholic Church.

A top clergyman who voiced criticism of Wojtyla after his death was Italian Cardinal Carlo Maria Martini, who said the pontiff had his “limits,” according to a book by historian Andrea Riccardi.

Martini reportedly said Wojtyla made “unfortunate” appointments and put himself at the “centre of attention” with his travels “as if he was bishop of the whole world to the detriment of local bishops.”

Some traditionalists also have voiced doubt about the radical acceleration of the canonization, which normally requires a would-be saint to have been dead for five years before a candidacy can be launched.

The usual Vatican justification for this is that it has been the result of pressure from the faithful when groups in the crowd at his funeral in 2005 were heard shouting: “Santo Subito!” – Sainthood Now.