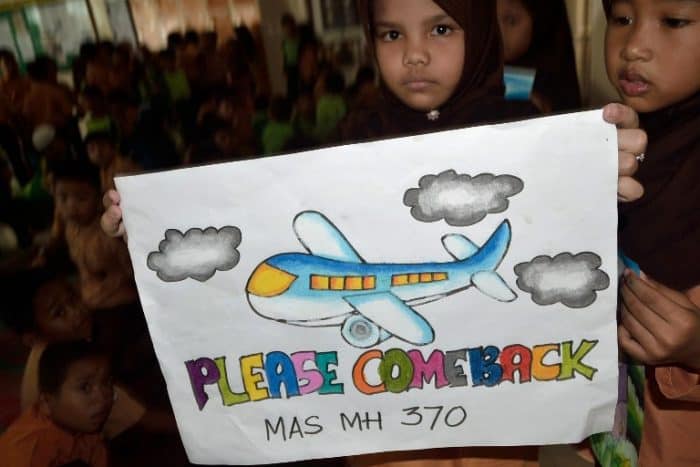 Could the missing Malaysia Airlines plane have been stolen? 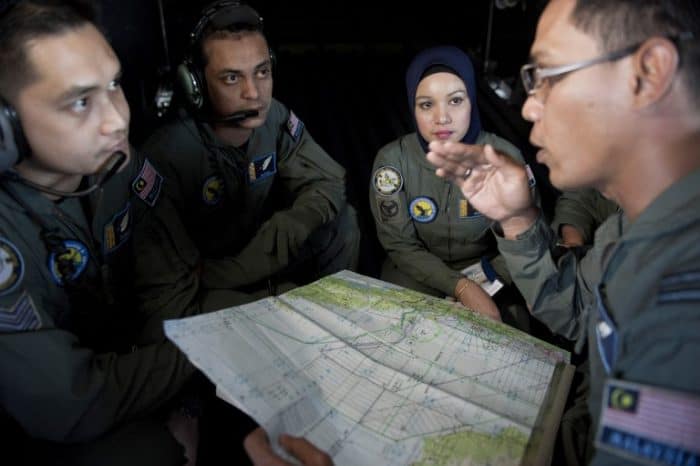 Malaysia concludes that missing jet crashed into the Indian Ocean 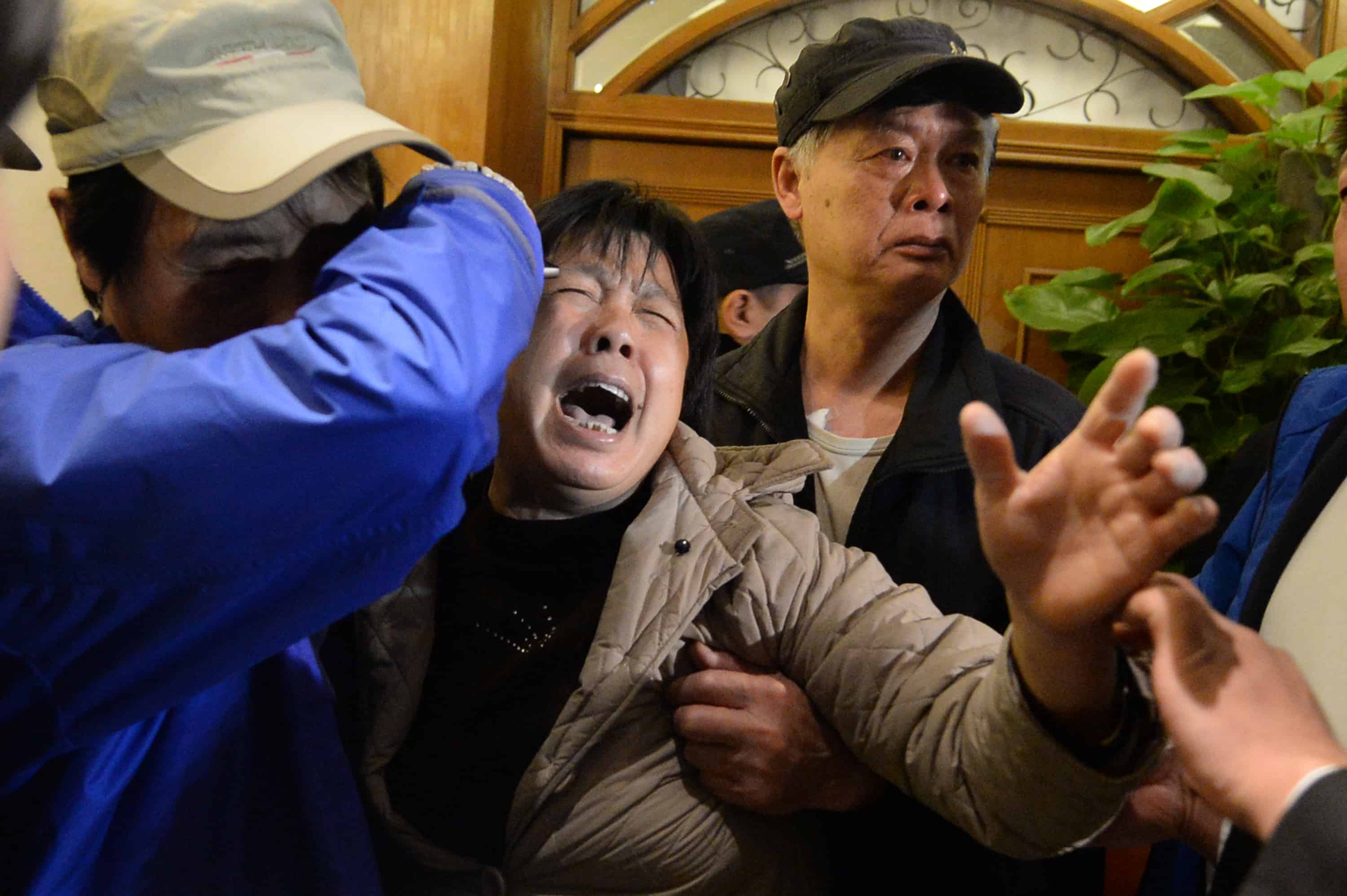 A relative of passengers on Malaysia Airlines flight MH370 cries after hearing the news that the plane plunged into the southern Indian Ocean at a hotel in Beijing on Monday. (AFP/Goh Chai Hin)

KUALA LUMPUR — Malaysia said Monday its missing airliner had crashed in the Indian Ocean, extinguishing the hopes of relatives of those on board but shedding no light on why it veered so far off course.

“It is therefore with deep sadness and regret that I must inform you that, according to this new data, flight MH370 ended in the southern Indian Ocean,” Najib said.

The plane went missing on March 8 with 239 people aboard — two thirds of them Chinese — en route from Kuala Lumpur to Beijing. The announcement touched off deep despair among relatives in both cities.

“What can I say? I had the belief that my son would return home safely. But what can be done?” said Subramaniam Gurusamy, whose 34-year-old son Puspanathan Gurusamy was on board.

“This is fate. We must accept it,” he said, his voice choking with emotion.

In Beijing, family members who have gathered in a hotel throughout the crisis, repeatedly raging at the airline over the agonizing 17-day wait for information, were crushed when the carrier finally broke the news at a meeting in the hotel’s ballroom.

Some burst into tears, sobbing uncontrollably, held by fellow family members while others collapsed and were taken away on stretchers. Others quietly wiped away tears.

“For them, the past few weeks have been heartbreaking; I know this news must be harder still,” Najib said in Kuala Lumpur.

He gave no specifics such as precisely where the plane may have been lost.

‘No words to ease your pain’

Numerous recent sightings of suspected debris, by satellites as well as aircraft criss-crossing the region, had fueled the belief that the plane crashed in the southern Indian Ocean.

But the confirmation brought Malaysian authorities no closer to determining what actually caused the Boeing 777 to veer inexplicably off course and fly for hours and thousands of kilometers in the wrong direction.

Confirmed wreckage — to say nothing of the black box and its flight data — are yet to be found.

“Terrorism, pilot suicide and a complex set of mechanical failures never seen before are now the likely possibilities. A simple failure such as a simple fire or structural failure is becoming very unlikely,” said aviation consultant Gerry Soejatman.

The airline said the international search in a stormy stretch of the Indian Ocean would continue “as we seek answers to the questions which remain.”

“When Malaysia Airlines receives approval from the investigating authorities, arrangements will be made to bring the families to the recovery area,” it said, without specifying where that would be.

Malaysia believes the plane was deliberately diverted by someone on board. But the absence of firm evidence has fueled intense speculation, competing theories and tormented the families of the missing.

Leading scenarios include a hijacking, pilot sabotage or a sudden mid-air crisis that incapacitated the flight crew and left the plane to fly on auto-pilot until it ran out of fuel.

The last known contact with MH370 was made over the South China Sea between Malaysia and Vietnam. For reasons unknown, it backtracked over the Malaysian peninsula.

The search swung deep into the Indian Ocean last week after initial satellite images depicted large floating objects there, and a flurry of debris sightings continued into Monday.

The Australian naval ship HMAS Success was sent to investigate the latest sighting by crew members of an Australian aircraft about 2,500 kilometers (1,562 miles) southwest of Perth and to attempt to recover the objects.

Australian Prime Minister Tony Abbott said he hoped retrieving the suspected debris “will take us a step closer to resolving this tragic mystery.”

The 30-day signal from the black box is due to fail in less than two weeks.

The U.S. Navy has ordered a specialized device sent to the region to help find the “black box” of flight and cockpit voice data.

U.S.-based aviation consultancy Leeham Co. said it was reasonably confident the plane and flight recorders would be found.

It said the digital flight data recorder “should provide a wealth of information.” But the cockpit voice recorder, with a much smaller data capacity, would likely not reveal what happened when the plane changed course hours before it went down.

As part of an investigation into the crash, Malaysian Transport Minister Hishammuddin Hussein said police have interviewed more than 100 people, including families of both the pilot and co-pilot.