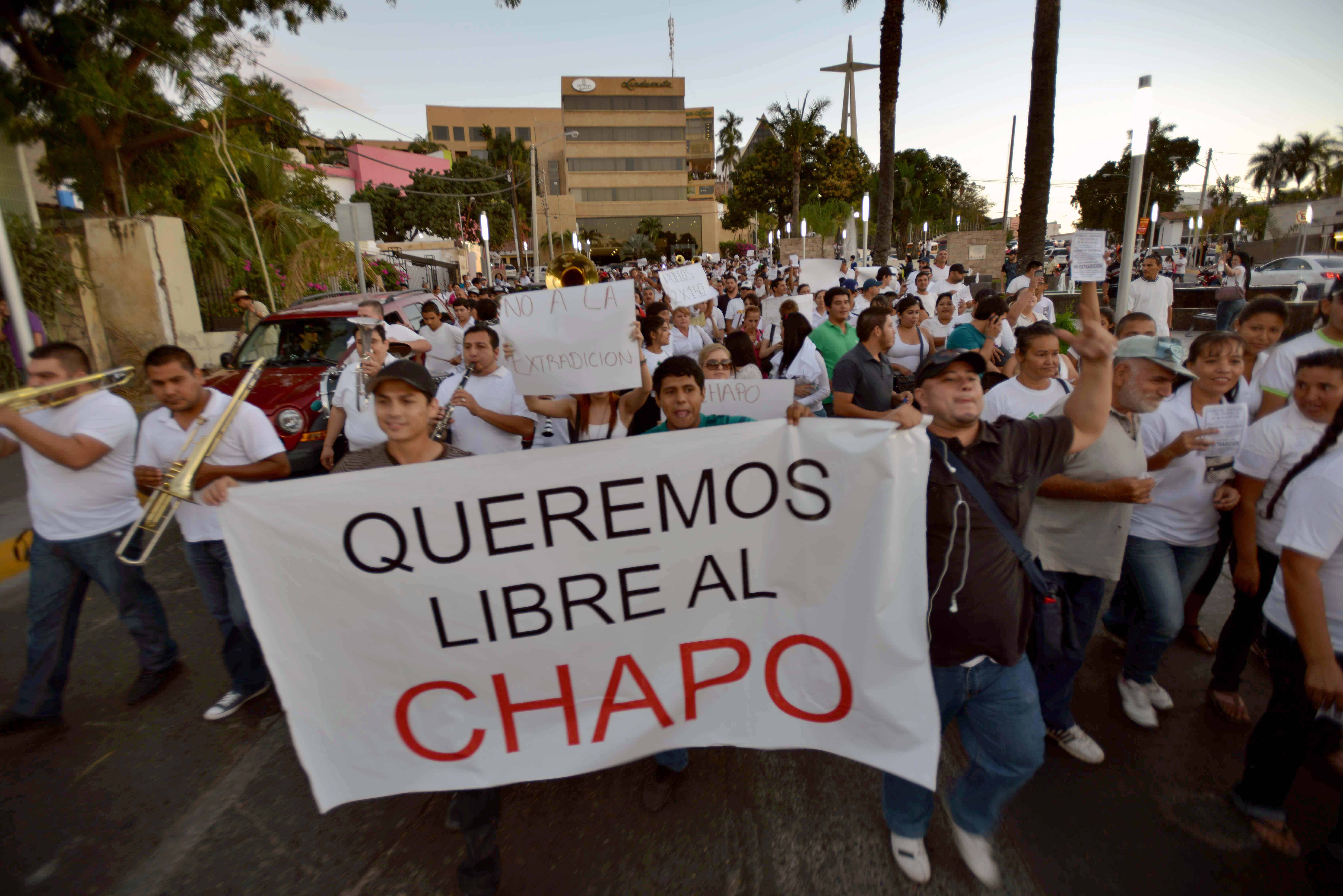 Dressed in white and accompanied by a folk band, the protesters marched in the Sinaloa state capital of Culiacán before being dispersed by some 200 police officers. One young man was injured in the head amid a shoving match.

In Mexico City, federal prosecutors filed new organized crime charges against the Sinaloa cartel leader, who has been held in the country’s highest-security prison since his arrest Saturday.

The march, which included men, women and students, began in a church on a hilltop overlooking Culiacán and culminated in front of the city’s town hall amid shouts of “¡Viva El Chapo!”

A homemaker from Culiacán’s blue-collar district of Las Coloradas said “El Chapo helps companies that support those in need.”

“El Chapo prevents other rival cartels from entering Sinaloa,” said the 30-year-old woman, who refused to give her name.

Anonymous fliers were found throughout the city earlier in the day, calling on residents to demonstrate for “the release of El Chapo, hero of Sinaloa.”

Although “narcocultura” — the veneration of drug cartels through song and film — runs deep in Sinaloa, it was the first known protest in favor of Guzmán in the city of 675,000 people.

Mexican Marines had nearly captured Guzmán in one of his Culiacán homes a week earlier, but he fled through a tunnel hidden under a bathtub that was connected to the city’s drainage system.

The Marines, backed by intelligence provided by the U.S. Drug Enforcement Administration, found Guzmán further south in the resort of Mazatlán.

He was staying with his beauty-queen wife and 2-year-old twin daughters in a condominium when he was arrested without a single shot being fired after 13 years on the lam.

The Attorney General’s office announced that it was pursuing additional charges of organized crime, drug trafficking, bribery and possession of illegal weapons.

A man described as his “personal assistant,” Carlos Manuel Hoo Ramírez, was charged with illegally carrying an assault rifle reserved for military use when he was arrested with his boss.

Guzmán was among 12 people detained in an operation against the cartel between Feb. 11 and 22, the Attorney General’s office said in a statement.