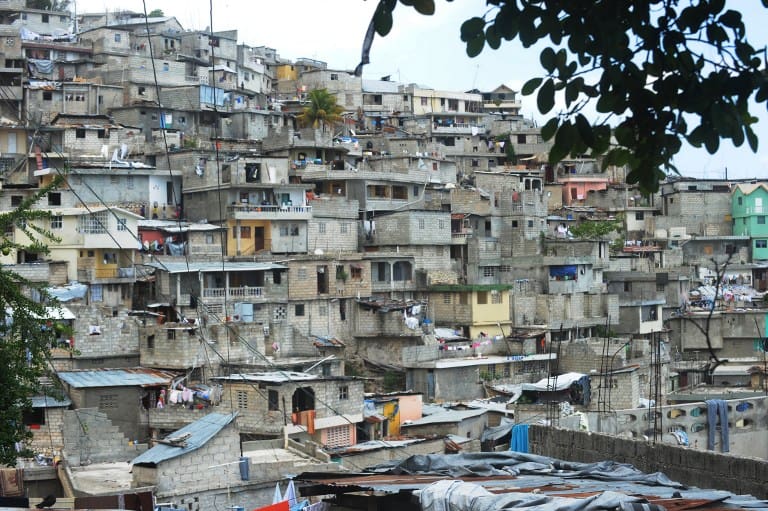 Welcome to the poorest country in the Western Hemisphere, where we see a general view of a hillside slum in Port-au-Prince, Haiti on July 12, 2012. (Thony Belizaire/AFP)

NEW YORK — Global capitalism, we have a problem.

We’ve long known that life isn’t fair and that the world’s wealth is unevenly distributed. But the latest factoid from Oxfam on global poverty and inequality is breathtaking. In a new report, the nonprofit reports that just 85 people — the richest of the world’s rich — hold as much wealth as the poorest 3.5 billion. That’s half the world’s population.

On a country-by-country basis, the filthy rich have only been getting richer. Between 1980 and 2012, the wealthiest 1 percent increased their share of the spoils in 24 of the 26 countries Oxfam surveyed. This includes the United States, where the wealthiest 1 percent have captured 95 percent of all economic growth since the financial crisis of 2009, while the bottom 90 percent have gotten poorer.

Oxfam’s concern is not just that half the world’s population could be bought and sold by a group of individuals who could fit in a single large boardroom. It’s that this staggering disparity creates a vicious cycle. From the nonprofit’s report:

Oxfam is concerned that, left unchecked, the effects are potentially immutable, and will lead to “opportunity capture” — in which the lowest tax rates, the best education, and the best healthcare are claimed by the children of the rich. This creates dynamic and mutually reinforcing cycles of advantage that are transmitted across generations.

Good luck, you half of the world’s people who hold less than 1 percent of its wealth. May the odds be ever in your favor!

Future Tense is a partnership of Slate, New America and Arizona State University.