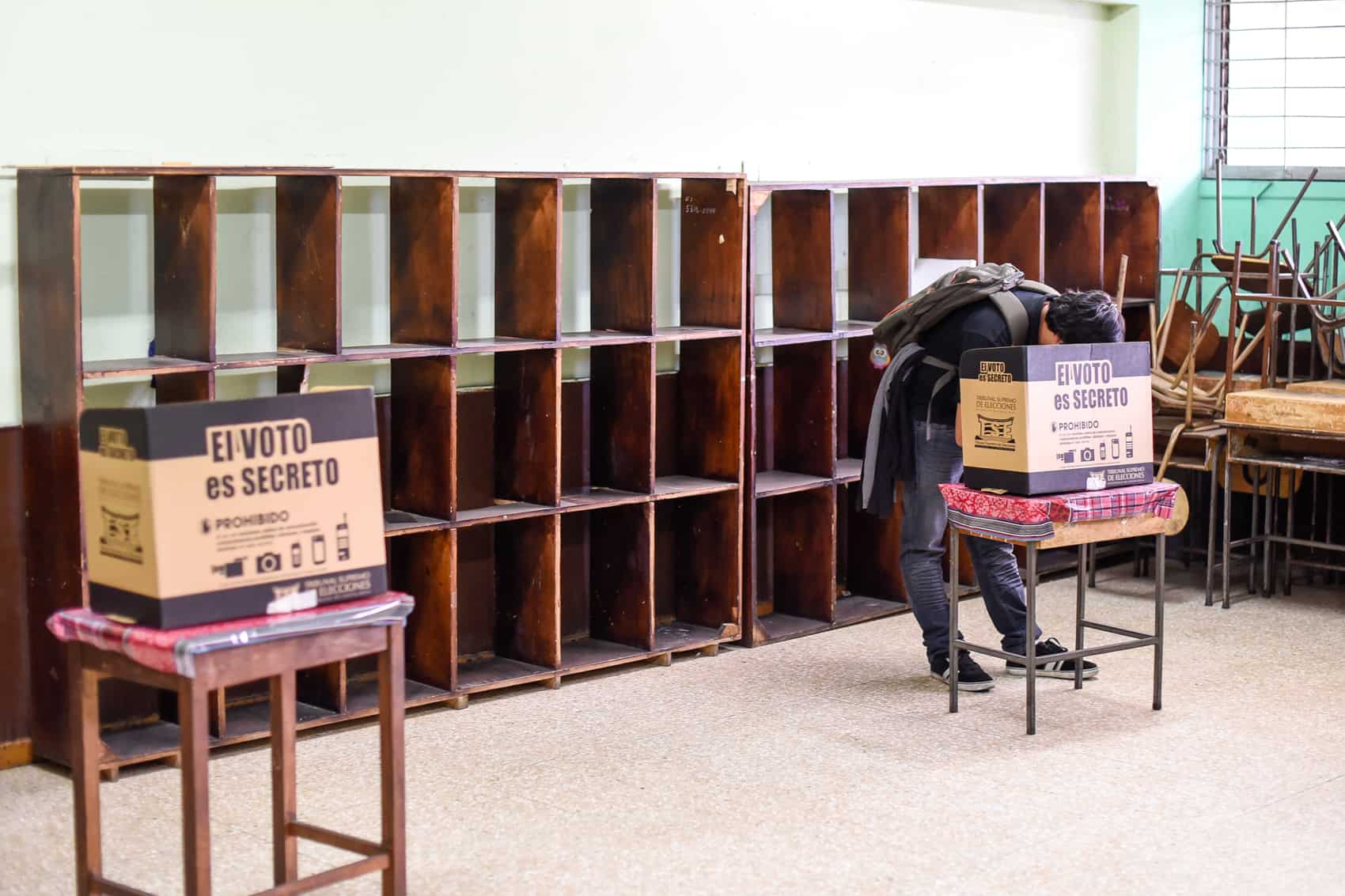 Costa Rica prepares itself for another vote. (Alberto Font / The Tico Times)

The second and final vote will be held April 1. Despite sharing last name, the candidates are not family.

Fabricio Alvarado, a 43-year-old journalist, is running for the conservative National Restoration Party (PRN), which emerged from the Neo-Pentecostal churches that have proliferated in Costa Rica in recent decades.

The PRN candidate surged to the top of the pack shortly before the first round of voting after he announced, on Jan. 10, his intention to withdraw Costa Rica from the Inter-American Commission on Human Rights (IACHR), which one day before had pronounced a ruling in favor of the same-sex marriage.

Before his announcement that he would take such measures to avoid complying with the court’s endorsement of marriage equality, Alvarado had not surpassed four percent of voting intentions. He won the Feb. 4 vote with 24.9 percent of votes versus 21.6 percent for Carlos Alvarado; since no candidate won the required 40 percent minimum, the two front-runners are competing in a second round.

According to a recent poll from the University of Costa Rica, the evangelical preacher has 43 percent of support versus 42 percent for his opponent among people who plan to vote. The one-point lead is within the poll’s margin of error.

Advancement or dogma and exclusion?

Alvarado’s strong chances of victory have awakened fears of a backwards slide on human rights in a country considered to be the most progressive in Central America.

Fabricio Alvarado has said that he pretends to overhaul sex education guidelines, transform the National Women’s Institute (INAMU) into a Ministry of the Family, and cancel the executive decree that prohibits discrimination against LGBTQ people in public institutions.

He has also defended the practice of some evangelical churches to offer treatment to “cure” homosexuality, and attacked the Supreme Elections Tribunal (TSE) for restricting political proselytism in churches.

Garnier is part of a social democratic sector of the National Liberation Party (PLN), the biggest and most traditional party of the country, and is supporting Carlos Alvarado in the second round. Some other PLN leaders, however, are supporting Fabricio Alvarado.

Former Government Ombudswoman Montserrat Solano, who resigned from her job on March, also warned about a regression.

“Two hundred years after the independence, we must decide if we continue the work of our ancestors to perfect with science and reason, a democratic republic and the Estate of right (…) or we lose our heritage against dogma and exclusion,” published Solano on her Twitter account.

However, the evangelical candidate has denied any specific religious focus in his campaign, and has pointed out that the work teams he has presented for economic issues, sports and infrastructure, “there are no religious people.”

Christiana Figueres: ‘Costa Rica is in danger of losing what it’s gained’

Consulted about his defense of “restoration” for gay people in an interview with the Spanish newspaper El País, Fabricio Alvarado answered, “What I talked about was in a context of the church, not a political context.”

“My faith is based on a Bible that establishes the topic, but I’m not coming here to impose it on politics, saying that we’ll establish spaces to restore those [homosexual] people on behalf of the government,” he added.

Even so, many of his supporters see him as someone who’ll bring closer the country to religion.

“This country has distanced itself a lot from faith; thank God we have Fabricio. He’ll bring us back to God,” said Elizabeth López, a homemaker who went to see the candidate at a final campaign rally in the popular community of Rincón Grande de Pavas on the west side of San José.

In Costa Rica, friends didn’t fight over politics; those days are gone