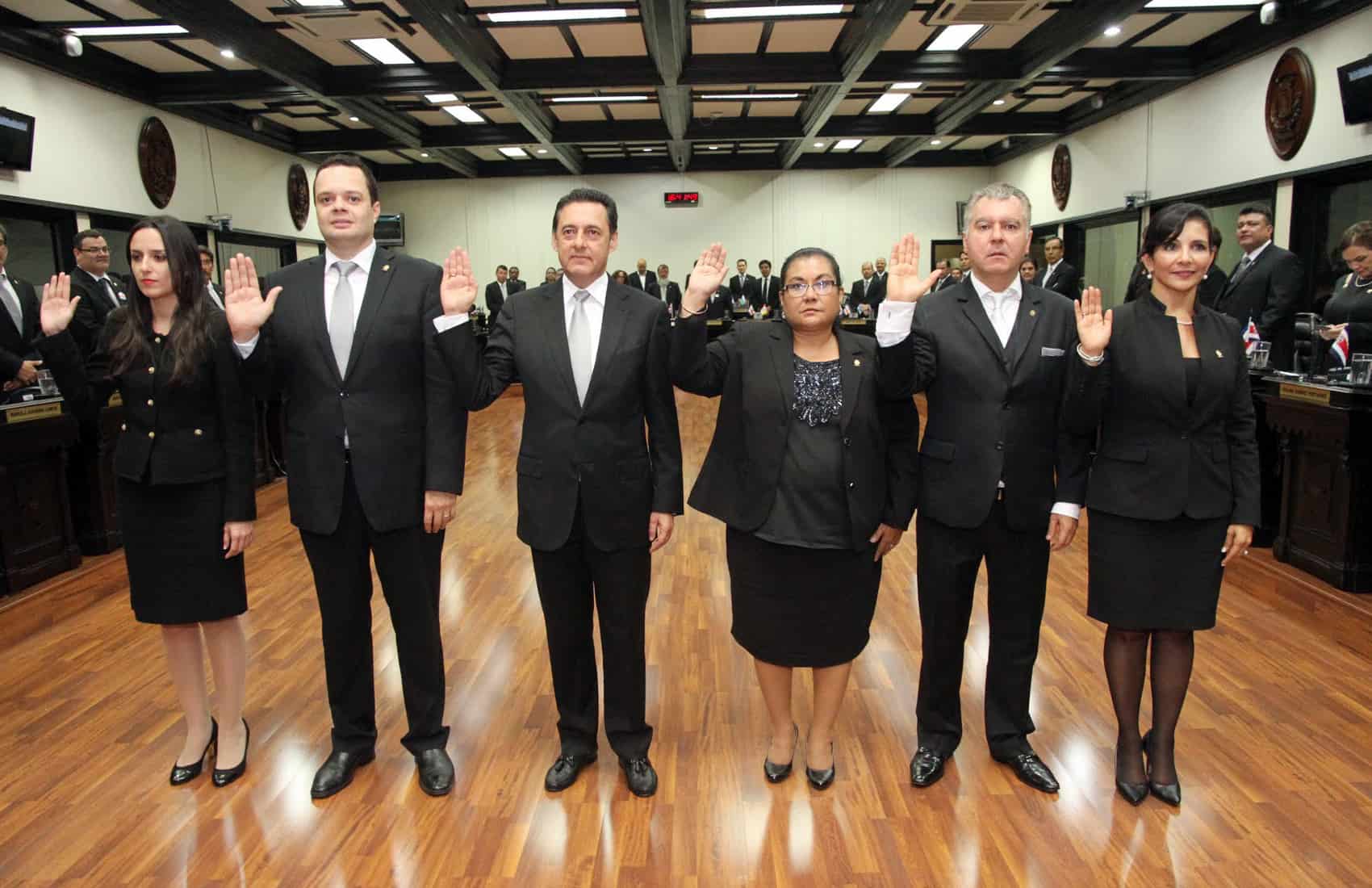 President Luis Guillermo Solís will have to step up his negotiating skills to deal with a Legislative Assembly leadership that doesn’t include a single lawmaker from his party — just like in his first year in office.

In a voting session that lasted almost 10 hours on Sunday, opposition lawmakers were elected to all posts in the Legislative Directorate, which governs the legislature. National Liberation Party (PLN) lawmaker Antonio Álvarez Desanti was chosen to lead the new directorate.

Elections for some of the six leadership positions required three rounds of voting after none of the candidates obtained the required majority during the first rounds. The lack of consensus was the result of thorny negotiations in recent weeks, in which leaders of the Assembly’s eight parties failed to agree on a list of candidates.

Negotiations restarted in the early hours of Sunday, however when the session opened at 9 a.m., legislators from several parties delayed the voting by requesting multiple recesses.

The new legislative president received just 26 direct votes, short of a majority. But per internal rules, he also received all null and blank votes cast during the third round of voting. Álvarez defeated Emilia Molina, the candidate of Solís’ Citizen Action Party (PAC), who got 22 votes.

The 2016-2017 directorate will consist of three legislators from PLN, two Libertarians and one from Costa Rican Renovation (see list below).

Despite electing three men and three women, the results were not welcomed by some lawmakers, who had been pushing for a female legislative president and for an equal and alternate distribution of the directorate seats according to the power those positions wield.

PAC legislator Marcela Guerrero attended the session in a man’s suit to protest what she said was a lack of equal opportunities for female legislators. Epsy Campbell, also from PAC, said she was not pleased with the results, as men took the directorate’s top three posts.

The opposition parties now in control of the legislature pledged to expedite approval of a series of bills aimed at reducing government spending, improving the fight against tax fraud and reinstating the country’s corporate tax law. They agreed to refrain from supporting any government proposal to create new taxes unless President Solís moves forward with measures to cut public spending.

They also agreed not to support any bill that would affect the salaries of public school teachers.

At the request of PUSC and evangelical parties, legislative leaders agreed to table bills that those parties oppose on religious grounds, including bills that would legalize in vitro fertilization, passive euthanasia and same-sex marriage. New Assembly President Álvarez said leaders would not block those bills, but would also not include them in the priority list of bills to be discussed in the coming months.

“These bills will follow the normal approval process in the legislative agenda,” Álvarez said at a news conference following the voting session.

This will be Álvarez’s second term as president of the Legislative Directorate; He previously led the legislature in 1995 during the administration of President José María Figueres (1994-1998).

He left the party and launched an independent presidential bid in 2006 after losing the PLN’s nomination to Óscar Arias Sánchez, who went on to win the 2006 election.

Álvarez returned to the PLN as a campaign advisor for ex-President Laura Chinchilla (2010-2014) and was campaign manager for current San José Mayor Johnny Araya during his presidential election bid in 2014.