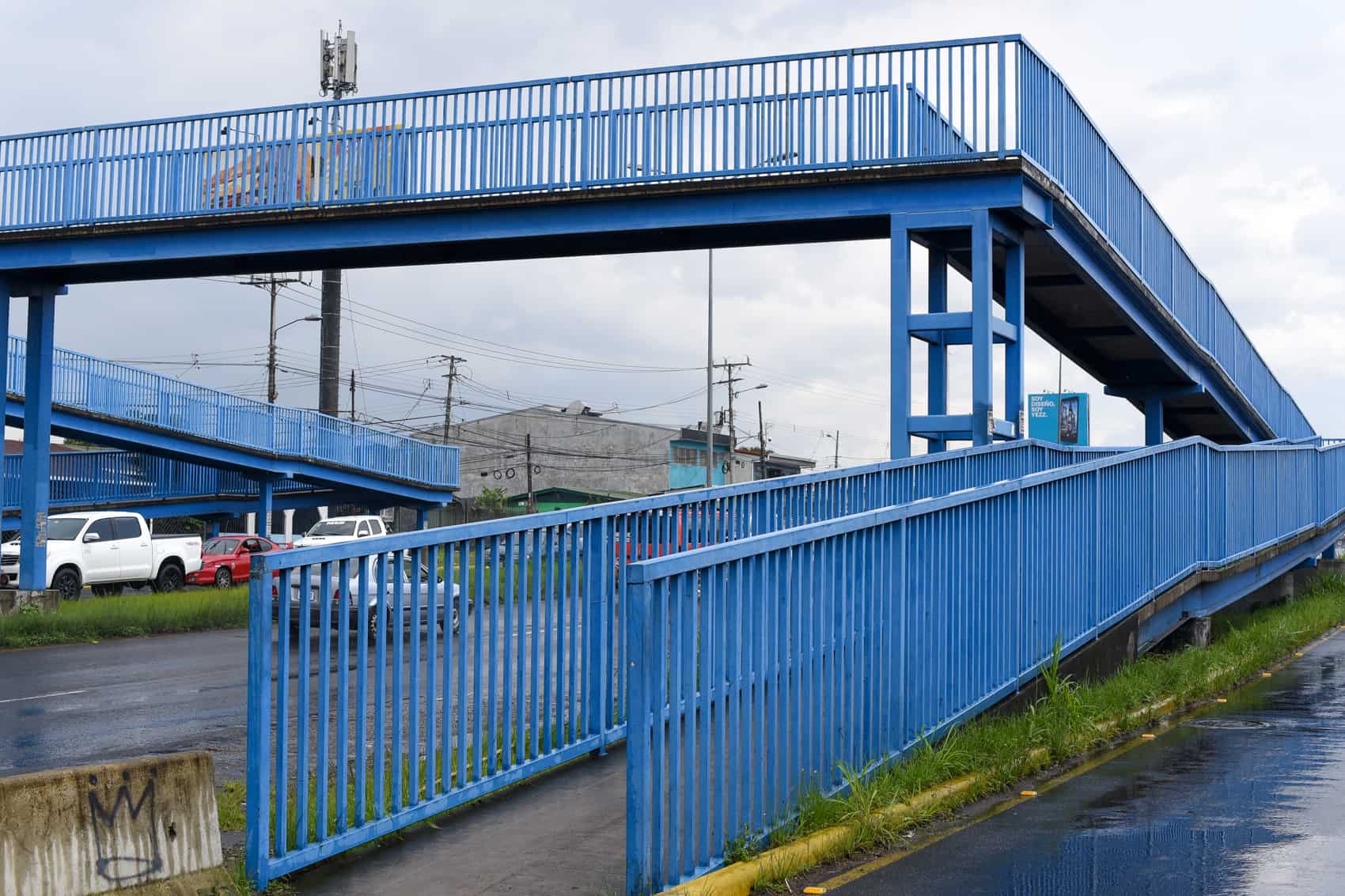 The body of one of the Costa Rica serial killer's suspected victims was found under this walkway bridge on a stretch of the Circunvalación highway through Hatillo. (Alberto Font/The Tico Times)

When the bodies of nine women turned up in San José over a six-month span in 2015, police warned of an at-large serial killer preying on prostitutes in the slums of Costa Rica’s capital. Now authorities say they have scientific evidence to prove that they’ve captured the man responsible for at least three of those homicides.

A 39-year-old suspect identified by the last names Arroyo Gutiérrez is in preventive prison after being charged on Dec. 16 with the deaths of three women, a spokeswoman from the Prosecutor’s Office told The Tico Times. The suspect initially was sentenced to three months of preventive detention for rape in September before officials positively matched his DNA with that from hair and fluid samples found on the bodies, the spokeswoman said.

Prosecutors from a special investigative unit of the judicial branch known in Spanish as Unidad Operativa de Dirección Funcional, created in 2012 to handle high-profile cases in the San José area, are attributing the three killings to Arroyo Gutiérrez.

The last body that Judicial Investigation Police (OIJ) linked to the suspected serial killer was found on Sept. 7, 2015 in Barrio Mexico, just north of downtown San José. The killings began in April when the body of 29-year-old mother Natalia Felicia Salazar was found in an abandoned lot near the slums of San Sebastián, in the southwest area of the city. Salazar had been in and out of local drug rehab clinics before she was killed. Several people who knew her told The Tico Times that she was a few months pregnant at the time of her death.

Several victims have yet to be identified, and in August, OIJ Assistant Director Luis Ángel Ávila told The Tico Times that by the time they were discovered, most of the victims’ bodies were too decomposed for investigators to extract evidence.

Arroyo Gutiérrez will remain in preventive prison at least until June 16 while the case remains under investigation.